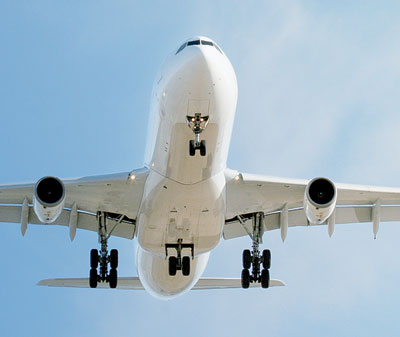 Like the world that it has been traversing for the past 14 years, TCS Expeditions, the Seattle, Wash., company that specializes in private jet journeys, continually presents new experiences for travelers. TCS’s current menu includes around-the-world tours with stops in such exotic locations as Angkor Wat in Cambodia and Easter Island in the South Pacific, trips that highlight natural wonders such as Australia’s Great Barrier Reef and the Peruvian Amazon, and voyages that examine in depth one country, such as China. A year from now, many of the present itineraries will have changed, at least in part, and some will no longer be offered at all.

TCS sometimes alters its offerings in response to geopolitical situations. Such is the case with this year’s Journey to History’s Lost Cities trip, which has added Libya, a country that was considered off-limits to tourism for most of the 1980s and 1990s. Other itinerary changes are related to TCS’s business strategy rather than current events. “We don’t typically offer the same itineraries for more than two or three years in a row,” says Mark Campbell, president of the company. “We allow them to rest for a year or so.”

This year’s Around Africa private jet trip is well rested: The company last offered an Africa journey in 2002. The 2005 version, which departs from Boston on August 31 and returns September 22, provides a uniquely comprehensive tour of the continent. Travelers will explore the markets of Marrakech, Morocco; stroll among the majestic ruins of Luxor, Egypt; ponder the origins of the human race in the Olduvai Gorge in Tanzania; ride the Blue Train in South Africa; visit Victoria Falls in Zambia; and spend time in remote Timbuktu, Mali, deep in the Sahara. They will also have numerous chances to view wild animals: endangered lemurs in Madagascar, flamingos in Namibia, penguins in South Africa, and leopards, zebras, giraffes, and elephants at the Okavango Delta in Botswana and at Ngorongoro Crater in Tanzania.

Passengers will travel from each of the 10 featured countries (a stop at Portugal’s Madeira Island is also included) to the next on a Boeing 757 with an interior that has been reconfigured to seat 88 people instead of the standard layout’s 233. The starting price for a ticket is $43,000. “You could never do this trip in three weeks on commercial airlines,” says Jennifer DuBois, TCS’s director of operations and product development. “And if you could, the cost would be amazing. This is actually a bargain, when you look at it.”

The Destinations & Adventures International South African Rhino Conservation program offers a rare opportunity to enjoy luxury accommodations and gourmet cuisine at Ngongoni Private Lodge while playing a role in animal conservancy. But given that participation involves proximity to three of the most dangerous animals on the continent—rhinos, elephants, and lions—DAI owner Jim Berkeley may be understating the matter when he notes, “By its very nature, this program draws the adventurer, not the timid traveler.”

Just west of Kruger National Park, in the confines of the private Timbavati Game Reserve, team members will spend their days implanting microchips in white rhinos and elephants to track the animals and, in some regrettable cases, apprehend poachers. At night, lions are lured to a carcass and then tranquilized. Few people have been as close to these magnificent creatures as team members will be during the microchip implantation, which also involves monitoring the animal’s vital signs and taking its body measurements. The trip is priced at $10,000 and runs from September 11 through 17.

The 46 travelers who secured a berth on Lars-Eric Lindblad’s first-ever commercial cruise to the Galápagos Islands in 1967 sailed with such lecturers as Roland Clement, then the vice president of the National Audubon Society, and, once they arrived at their destination, enjoyed the close company of marine iguanas, Galápagos penguins, blue-footed boobies, and other wildlife that never learned to fear humans. “I have had people tell me that the visit changed their lives radically because of the experience of observing so closely the interdependence of living things,” Lindblad wrote in the Galápagos chapter of his 1983 book, Passport to Anywhere. “You also have the feeling of communicating with the animals. Somehow there is a curiosity in them about you. They come to you, and you come to them, and you meet.”

Lindblad died in 1994, but his son, Sven, continues to bring travelers to the islands year-round aboard two ships owned by Lindblad Expeditions. The Polaris, which accommodates 80 passengers, was launched in 1998, and the Islander, which debuted last November, carries 47. Both ships sail on the two Galápagos itineraries that the company offers: a 10-day Galápagos-only voyage and a 16-day trip that also visits Peru and Machu Picchu. —Sheila Gibson Stoodley

Those needing to catch their breath while traveling on the Abercrombie & Kent 21-day Circumnavigation of South America trip will have a chance to do so at the Hotel Monasterio in Cuzco, Peru. Because the former monastery sits at 11,000 feet, pure oxygen is pumped into the rooms to alleviate the debilitating effects of the high altitude. Likewise, you should not experience any discomfort—altitude-related or otherwise—at 40,000 feet, when traveling on A&K’s private jet between the trip’s 11 destinations. The 80-seat 757 provides ample room to stretch out, and you will need your rest. The circumnavigation begins in Miami and reaches as far south as the Patagonian town of Ushuaia, 6,000 miles distant. A ticket costs $39,000, and if the trip, which runs from October 23 through November 12, sells out, a similar, though private, itinerary can be arranged.

The scheduled trip includes A&K’s Design Your Day program, which suggests activities at various stops, and enables an art aficionado on Easter Island, for example, to fashion his own replica of the island’s colossal stone heads with the assistance of local sculptors. The more adventurous can join a scuba diving excursion led by a member of Jacques Cousteau’s 1978 expedition. In Chile, you can view the Villarrica volcano from the fairways of the Pucon golf course or venture close enough to see the bubbling magma within its crater.  —Mike Nolan