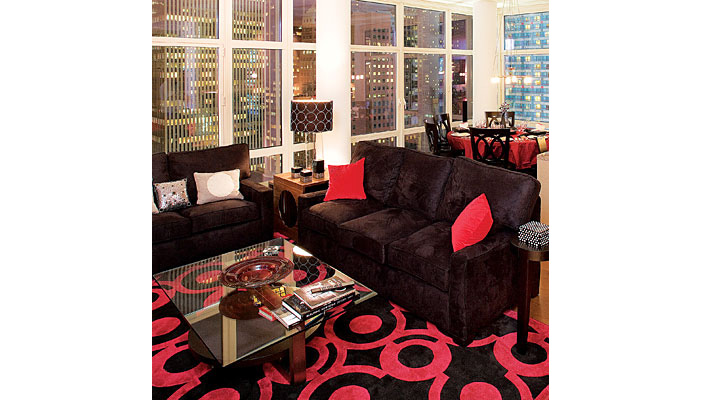 The new Poro Poro community on Costa Rica’s Papagayo Peninsula demonstrates how Exclusive Resorts (800.447.8988, www.exclusiveresorts.com) distinguishes itself from every other destination club. Consisting of 21 four-bedroom homes and a 20,000-square-foot beach club (with two pools, a fitness center, a game room, and a restaurant), the 20-acre, $75 million development is open only to Exclusive Resorts members. The community represents a new direction for the club, which, with approximately 2,500 members, is several times the size of its closest competitor. Instead of acquiring one or two homes at a time, Exclusive Resorts purchases multiple residences—and provides resortlike infrastructure and amenities—at many of its nearly 35 locations worldwide. Resident hosts at each location provide detailed information on the destination before your arrival, and they shop for groceries, arrange excursions, and help to resolve any issues during your stay. The club also offers private chef and spa services at several of its homes, and it hosts activities and events—a golf clinic in Scottsdale, Ariz., a snowmobiling tour of Yellowstone National Park, a wine tasting in Napa Valley, Calif.—for members. At Poro Poro, offerings include cocktail receptions, yoga sessions, cooking classes, barbecue nights at the beach club, and day camps for children. The Costa Rica development is Exclusive Resorts’ first members-only community, but the company operates multiple homes at similar properties in Hawaii, Mexico, the British West Indies, Tuscany, and elsewhere. In 2008, the club will open its second private development, a 16-residence community adjacent to the Ritz-Carlton, Grand Cayman. Membership at Exclusive Resorts’ Elite level (45 nights per year) requires an initial deposit of $425,000 and $29,900 in annual dues. —Bruce Wallin

In the past year, while other destination clubs dwindled or disappeared, Quintess (800.550.0324, www.quintess.com) more than doubled in size. The Boulder, Colo.–based company merged with two of its competitors, Dream Catcher Retreats and the Leading Residences of the World, and now has 300 members who have access to 51 homes with an average value of $4 million. Through its mergers and home acquisitions, Quintess has added such properties as a three-bedroom apartment at the George V hotel in Paris, a 5,100-square-foot home at the Amangani resort in Jackson Hole, Wyo., and a sanctuary on the grounds of Florence’s Torre del Gallo estate, the former home of Galileo that is now a museum. New membership perks include participation in the Leaders Club, which offers room upgrades, late checkouts, discounts, and other benefits at more than 200 properties within the Leading Hotels of the World group. Quintess memberships range from a 15-night, nonholiday plan ($185,000 plus $14,500 in annual dues) to a 60-night plan with guaranteed holidays ($750,000 plus $52,000 annually). The initial deposits are 100 percent refundable during the first year of membership. —Kim Fredericks

When former Tanner & Haley executive Richard Keith founded Private Escapes three years ago, he billed it as the world’s first affordable destination club. His company, he claims, is now the second largest in the industry, with 325 members and 60 homes divided among three levels of membership. Private Escapes Pinnacle (866.536.4700, www.private-escapes.com), which Keith introduced last summer, marks his firm’s successful foray into the luxury market. For a $325,000 deposit, $22,000 in annual dues, and $185 nightly fees, members at the Pinnacle level have unlimited access to homes with an average value of about $3 million. At present, Pinnacle’s 20 members share six properties, including a four-bedroom oceanfront cottage at the Abaco Club in the Bahamas and a 1,576-square-foot apartment that looks directly onto Times Square’s Waterford Crystal Ball in Manhattan. Private Escapes plans to open estates in the Dominican Republic, London, Vermont, and Colorado for Pinnacle members in 2008. —Jennifer Hall