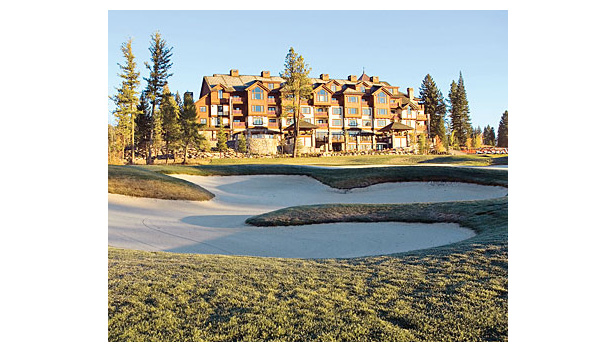 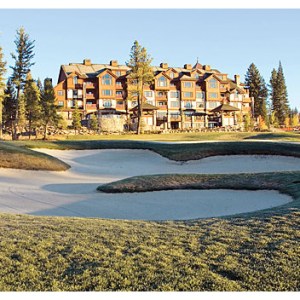 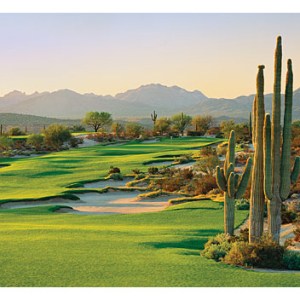 In February, the Fairmont Mayakoba resort’s new El Camaleón Mayakoba (888.252.5020, www.mayakoba.com) hosted the first-ever PGA Tour event in Mexico. Perhaps it was appropriate that, on a golf course filled with one delightful quirk after another, the tournament victor was named Funk. Fred Funk triumphed in a playoff at El Camaleón, despite a final-round drive on the first hole that rolled to the lip of the Devil’s Mouth, an opening to a gaping cenote that dominates the middle of the fairway. The freshwater cave—along with El Camaleón’s limestone-lined canals, mangrove swamps, and Caribbean-front holes—helps make this Greg Norman design on the Riviera Maya the most interesting new PGA Tour venue in years. Guests of the Fairmont are ferried to the course, which opened in April 2006, via electric-powered, thatch-roofed, mahogany boats. —Joseph Passov

Ben Crenshaw and Bill Coore take on precious few design projects each year. Their selective approach—and the quality of their layouts—means that the opening of a new Crenshaw/Coore course often is cause for celebration. Such is certainly the case with the Saguaro Course at We-Ko-Pa Golf Club (480.836.9000, www.wekopa.com), a desert track that furthers the pair’s reputation for traditionalist designs that delight both golf purists and occasional players. At Saguaro, which opened outside of Scottsdale, Ariz., in December, players are encouraged to walk (a rarity in the desert) and focus on strategy, as opposed to taking the biggest stick and bombing away. As with many of their previous courses—including Sand Hills in Nebraska and Bandon Trails in Oregon—Crenshaw and Coore moved little earth while creating Saguaro. Instead, they relied on the area’s natural contours and features, which include desert washes, mountain vistas, and the course’s namesake cacti. —George Fuller

Picture Shadow Creek drenched in oaks, magnolias, and red-eye gravy, and you have Fallen Oak (877.805. 4657, www.fallenoak.com) at the Beau Rivage resort in Biloxi, Miss. The new Tom Fazio design is MGM-Mirage’s Deep South answer to the company’s Fazio masterpiece in Las Vegas. Like Shadow Creek, Fallen Oak is a bit of a drive from its hotel (20 minutes north, in this case), and upon arrival, you feel as though you have entered an entirely different, and less hectic, world. So thickly wooded is Fallen Oak that you would never know that the course opening was pushed back by six months, to November 2006, to recover from Hurricane Katrina. Fairways are bracketed by woods and slashed with ponds, streams, and wetlands. Possibly most surprising is Fallen Oak’s dramatic undulation, which is highly unusual given the course’s proximity to the Gulf Coast. Public access is limited to hotel guests, but it is worth the room rate just to be able to linger at the Acadian-style, Southern-mansion clubhouse, which peers out over the first, ninth, 10th, and 18th holes. —Joseph Passov

Few golfers mourned when the Broadmoor closed its South Course in 2004. The layout, which had been damaged by landslides four years earlier, was far less popular than the Colorado Springs resort’s East and West courses, largely because it was too difficult for high handicappers. “I knew the course needed updating when I saw a group of golfers putting to the directional flag at the center of a fairway,” says Mark Kelbel, the Broadmoor’s head golf professional. “The course was too hard.” To create a more guest-friendly experience, the Broadmoor enlisted Nicklaus Design to build an entirely new course on the South’s scenic site on the slope of Cheyenne Mountain. The Broadmoor Mountain Course (800.634.7711, www.broadmoor.com), which opened last summer, eases the burden on golfers with wide, forgiving fairways that afford spectacular views of the Front Range environs. Boulder-strewn fringes enhance the scenery at the Mountain, which is the most picturesque of the Broadmoor’s courses. And while the layout likely will not detract from the East’s and West’s popularity, it at least gives Broadmoor guests a good reason to head south. —Bruce Wallin

It takes a lad with mettle in his breast, as Sir Walter Scott wrote in another context, to design a pair of golf courses in the vicinity of Muirfield and North Berwick along Scotland’s Firth of Forth. Englishman D.J. Russell, a regular on the European Seniors Tour, has proved his mettle at Archerfield Links, a 550-acre club and community located 18 miles east of Scott’s birthplace in Edinburgh. Two years after the opening of his first Archerfield course, called Fidra for a nearby island, Russell completed Dirleton Links (+44.1620.850542, www.archerfieldgolfclub.com) in July 2006. Sharing its name with the adjacent village, Dirleton features pothole bunkers that are deep enough to require sets of wooden stairs for entry and exit. Bunkers big and small guard most of the greens at Dirleton, which, like the Fidra course, fits in well with its neighbors on the Firth of Forth. “I wanted to build courses that return links golf back to what it was 30 years ago,” says Russell. Nonmembers can play his Archerfield creations by renting the estate’s manor house or one of the nearby suites. —Mike Nolan

Situated 70 miles north of Boise, Idaho, Osprey Meadows (208.325.4653, www.tamarackidaho.com) is the centerpiece of summer activity at the country’s newest ski destination, the three-year-old Tamarack Resort. But this Robert Trent Jones Jr. layout is so attractive that Tamarack may soon become better known for its golfing than for its skiing. With wide-screen vistas of Council Mountain and 21-mile-long Lake Cascade, Osprey travels over tumbling terrain that is sprinkled with bunkers and water hazards. A healthy smattering of aspens, pines, and tamaracks lends definition, yet the trees rarely disturb play. As its name suggests, the course plays through open meadows, allowing big hitters to unload. But at an elevation of nearly 5,000 feet, the 7,319-yard layout plays closer to 6,600 yards, so you need not swing from your heels. —Joseph Passov