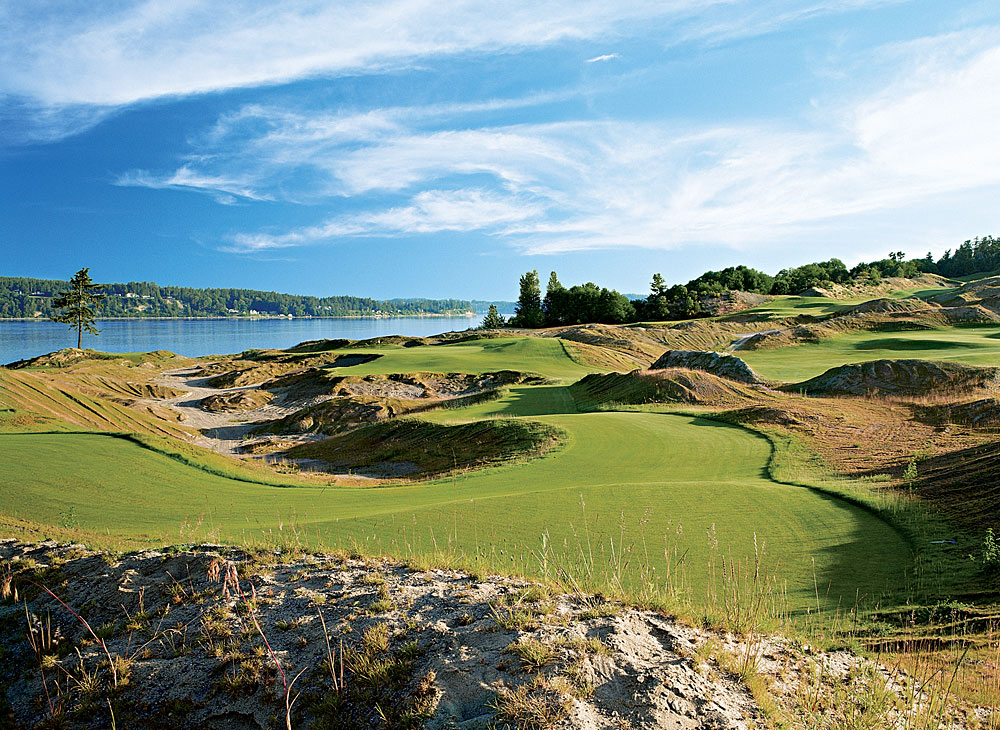 A former gravel quarry near Tacoma, Wash., is not the first place one would expect to find the world’s top new golf course. But then, Robert Trent Jones Jr., designer of Chambers Bay, believes it is his business to exceed expectations. “If someone says to me, ‘It’s a nice course,’ we will have failed,” he says of Chambers Bay, which opened last June. “A golf course should elicit a strong reaction. I want this course to reach into the golfer’s soul.”

Set flush against Puget Sound, Chambers Bay offers several soul-?stirring views from Jones’ elevated tee boxes. The course rolls and heaves across dunes lined with fescue grasses, its fairways either exposed to the full brunt of the elements or tucked into the flanks of tall sand hills. Though reminiscent of Ballybunion and other classic Irish links, Chambers Bay also shows signs of the site’s industrial past—railroad tracks, a decrepit pier, mounds of sand, and slabs of fallen concrete along its edges. This juxtaposition returns you from your Irish fantasy and lands you squarely on an American gem.

Unlike most American courses, Chambers Bay is for walkers only. Caddies are available, but even with someone carrying your bag, the course’s constant elevation changes and length make for a physical—and mental—challenge. The route plays more than 7,500 yards from the tips, without a single easy shot along the way.

Jones’ demanding design helped Chambers Bay earn the right to host the U.S. Open in 2015, a notable feat for such a young course. By that time, plans to build a hotel on the premises likely will have come to fruition. For now, the best option for out-of-towners is to stay in Seattle (45 minutes north by car), where the Fairmont Olympic Hotel offers a two-night golf package that includes a round for two at Chambers Bay.