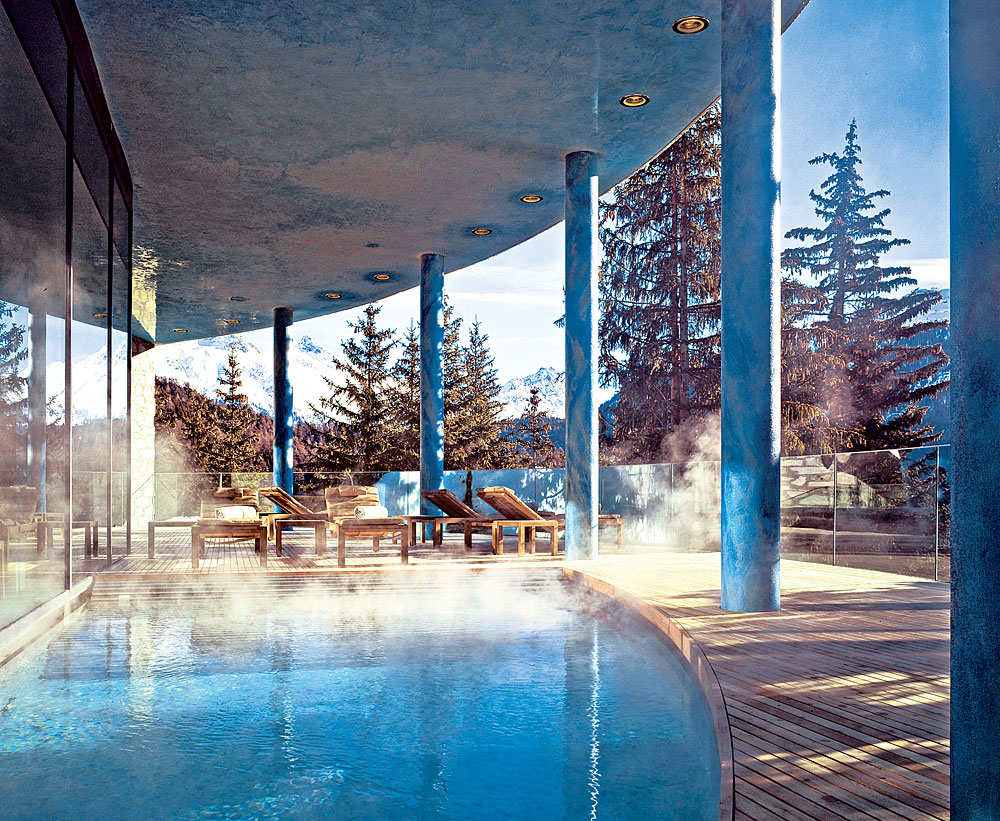 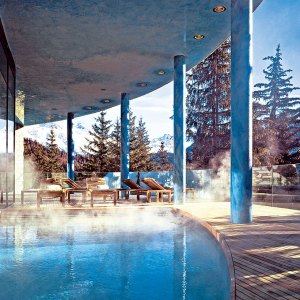 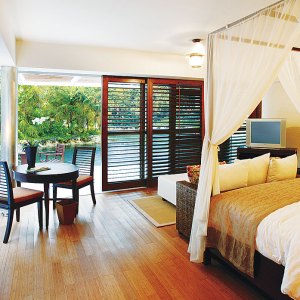 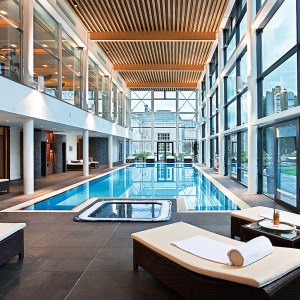 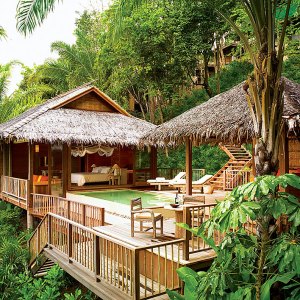 The Carlton Hotel (+41.81.836. 70.00, www.carlton-stmoritz.ch), a nearly century-old institution in St. Moritz, Switzerland, reopened in December after a $65 million, 18-month renovation that might have the resort’s grande-dame neighbors considering face-lifts themselves. The Tschuggen Hotel Group reconfigured the formerly 100-plus-room property into a boutique resort with 60 suites, all with views of Lake St. Moritz. “We thought St. Moritz needed something new,” says general manager Christopher Cox, who joined the Carlton from the nearby Badrutt’s Palace Hotel. “It’s a nice combination between tradition and modern design and modern lifestyle.” Swiss architect Carlo Rampazzi guided the redesign, incorporating a contemporary and colorful scheme but retaining the historic character of the Carlton’s expansive second-floor lobby and restaurant. The overhaul also included the addition of a spa and an upgrade to the hotel’s service; the Carlton now has a staff of six butlers, one assigned to each floor of 10 suites. ($500–$7,710) —Laurie Kahle

There is a place on a small island off Phuket in Thailand’s Phang Nga Bay that is remote yet accessible, rustic yet sophisticated, and laid-back yet luxurious. These seeming contradictions reflect the mind-set behind Six Senses Hideaway Yao Noi (+66.76.418500, www.sixsenses.com), where the yin of the unspoiled mixes with the yang of modern amenities, and presumably the shrimp are all jumbo. “Our philosophy is to blend contrasts,” says Sonu Shivdasani, CEO and chairman of Six Senses Resorts & Spas, which operates 13 hotels throughout Asia, the Maldives, and the Middle East. At Yao Noi, which opened in November, most of the 56 accommodations are set like tree houses amid tropical greenery, while others sit on stilts over the bay. Each comes with its own butler, infinity pool, and iPod dock, and the largest suite, the Hill Top Reserve, features six bedrooms and a waterslide. Whether hiding out in their havens or visiting the main pool, beach, spa, or restaurants, guests are encouraged to go barefoot at Yao Noi. “For us, ‘intelligent luxury’ means providing our guests with something beyond the everyday,” explains Shivdasani. “Most of our visitors are city dwellers. For them, walking barefoot in the sand can be the ultimate luxury.” ($880–$15,000) —Jack Smith

Since opening last December, the Sky Lodge (435.658.2500, www.theskylodge.com) has become the one thing Park City, Utah, has always lacked: a central gathering place as elegant and glamorous as the town itself. The lodge sits on a corner of Park City’s silver rush–era Main Street, just one block from the main chairlift at the Park City Mountain Resort. Despite its ultimate ski-town setting, the hotel eschews typical mountain motifs in favor of an ultramodern loft design. Guests enjoy a virtual water park of double showers, hot tub, and bathtub in the majority of the hotel’s 33 glass-lined suites. The property’s elegant restaurants and bakery also defy expectations, as does the staff. Forget lackadaisical Rocky Mountain ski-bum service; the employees here are attentive to the needs of every guest—from the concierge who hands you your freshly tuned skis every morning to the waiter who delivers your après-ski ahi miniburgers and the spa therapist who mixes herbs into your ofuro wooden bath. ($375–$3,750) —Finn-olaf Jones

Located 25 miles east of Cork City, Ireland, Capella Castlemartyr (+353.21. 4644050, www.capellacastlemartyr.com) occupies a 220-acre estate punctuated by lakes, meadows, woods, and gardens. A newly restored 17th-century manor house features 11 suites (the resort offers additional lodging in an adjoining modern wing), a restaurant, and the Knights Bar, named for the property’s onetime owners, the Knights Templar. Private assistants serve each guest room at Castlemartyr and will arrange everything from standard activities (including visits to the 24,400-?square-foot spa and rounds on the property’s Ron Kirby–designed golf course) to more obscure pursuits (tours of a local beekeeping facility to procure honey for tea). On warm summer evenings, your assistant can arrange a reading by a local poet or a session with a seanachí (an Irish storyteller) on the broad green lawn in front of the floodlit, ivy-covered ruins of a 12th-century castle on the grounds. ($530–$4,815) —Mike Nolan

Accounting for $250 million of Vail’s billion-dollar renewal project, the Arrabelle at Vail Square (970.754.7777, www.rockresorts.com) is the Colorado ski resort’s new showpiece property. Guests have direct access to Vail Mountain’s 5,289 acres of terrain and, after a day on the slopes, enjoy the services of private concierges, who deliver snacks and turndown chocolates daily. The hotel’s 36 rooms, decorated in the Biedermeier style, feature fireplaces, canopied beds layered with down bedding, and cast-iron soaking tubs. Two hot tubs and a lap pool sit atop the hotel’s roof, and a 10,000-square-foot spa—which offers an edible scrub made with oatmeal, sugar, and cinnamon—is located across the square from the main lobby. French bistro fare highlights the menu at the Arrabelle’s Centre V restaurant, where a sleek zinc bar attracts a festive après-ski crowd. ($300–$8,800) —Kim Fredericks

Each twist and turn of the long drive from the front gate to reception at the Farm at Cape Kidnappers (+64.6875. 1900, www.capekidnappers.com) heightens the anticipation of arriving at this resort on New Zealand’s North Island. The scenery—towering red gum forests and the rugged coastline of Hawke’s Bay—only improves from the perspective of the main lodge and guest cottages, which opened on this 6,000-acre sheep and cattle station in November. Owners Josie and Julian Robertson worked with Aspen, Colo.–based designer Linda Bedell to create contemporary farmhouse interiors in the cottages and lodge. In the main building’s silo room, guests can feast privately on the cuisine of chef Dale Gartland, who sources many of his ingredients from local farms. Visitors can tour the resort’s farm and go golfing on its cliff-top, Tom Doak–designed course. ($260–$8,135) —Sue Wallace