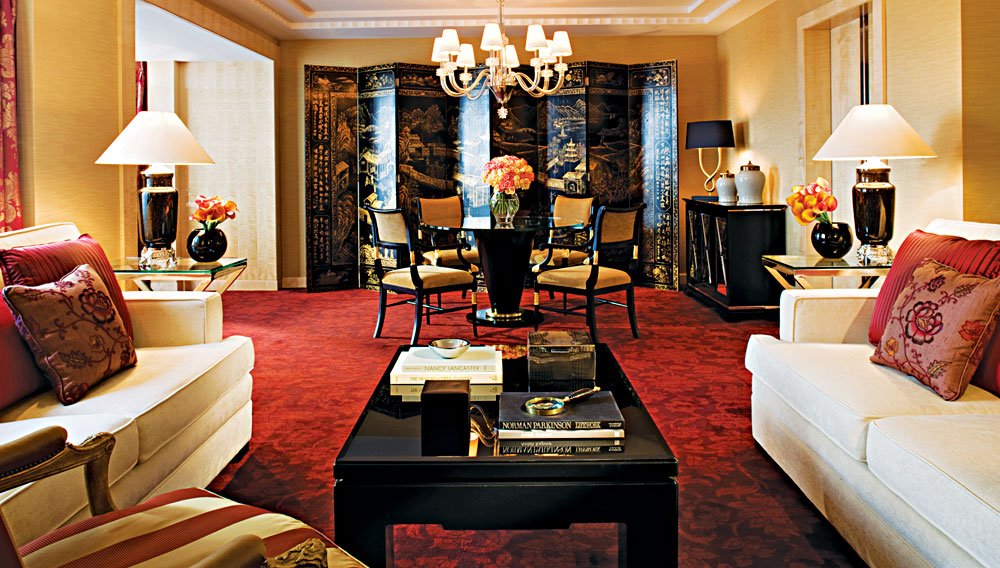 The owners and management at the Four Seasons Hotel London at Park Lane (+44.20.7499.0888, www.fourseasons.com) had planned to tear down and replace their four-decade-old property. They eventually decided to preserve the boxy exterior—which had become something of a London landmark and an important part of the Canadian hospitality group’s history as its first European outpost—but there is no question that the Four Seasons is an entirely new hotel after a $200 million renovation.

Reopened in January, the once-fusty Four Seasons has become a modern sanctuary under the guidance of Pierre-Yves Rochon, the interior designer behind the Four Seasons hotels in Paris, Washington, D.C., and Florence, as well as the new Shangri-La Hotel, Paris (see below). Guest rooms—192, including 45 suites—are all bigger and better, with cutting-edge controls and a soothing beige-and-brown palette having replaced dated technology and chintz and floral prints.

Always known for its casually refined service, the Four Seasons now has the inviting spaces to match. Highlights include the ground-floor Italian bistro Amaranto—where each of the 250 wines can be ordered by the glass—and the penthouse-level spa complex, with its white, glossy fitness bar with views of the whole of London. ($450–$14,280)