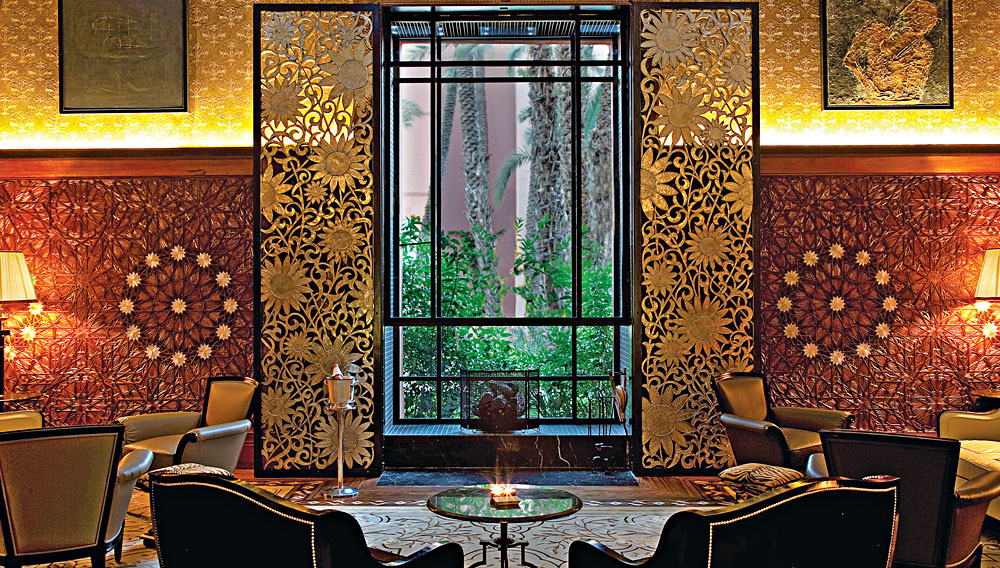 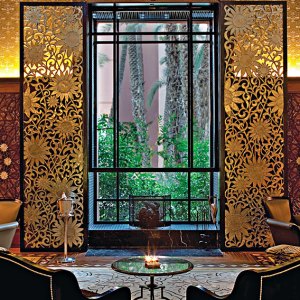 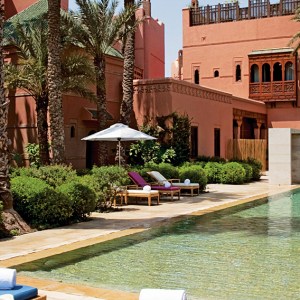 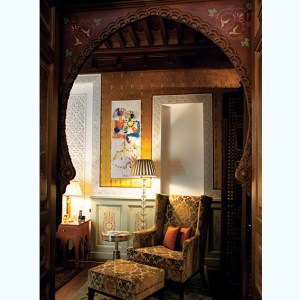 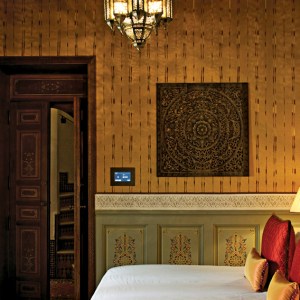 When his Highness Moham­med VI, king of Morocco, decided to build a new luxury hotel in Marrakech, his demands were simple. He did not care how long it would take or how much it would cost; all he wanted was a hotel like none the world had ever seen—a showcase for his country’s traditional artistry and craftsmanship, and a destination that would rebrand Marrakech, the onetime hippie haven, as a world capital of luxury and sophistication.

Lofty though the king’s expectations were, it is possible they have even been exceeded. The simple act of entering the Royal Mansour Marrakech, which officially opened in June 2010, takes on a sense of pageantry as a huge sculpted bronze gate weighing several tons swings open, ta-da!, at your approach. Actually, it may be a misnomer to call the Royal Mansour a hotel; it seems more like a magical city sequestered within a maze of high, red-clay walls. Footpaths zigzag around fountains and lily ponds and open suddenly into sun-washed expanses of bougainvillea and aromatic olive and lemon trees.

Instead of mere rooms or suites, the Royal Mansour cossets its guests in three-story riads. These urban palaces include individual courtyards, fireplaces, living rooms, bars, powder rooms, and often dining rooms on the first floor; bedrooms and bathrooms on the second floor; and plunge pools, fireplaces, and tents on the city-view rooftop terrace. The sheer richesse of the materials used to furnish the riads is staggering: The rugs are suede and leather, and the couches and chairs are silk and velvet brocade.

Following the evening’s gastronomical experience, guests can retreat to the Royal Mansour’s library for an astronomical one. The medieval scholars of Marrakech were great astronomers, and today’s guests can partake in this tradition by touching a button. Doing so causes the hand-carved cedar roof in the library to retract and turns the room and its computerized telescope into an astral observatory.

The star treatment for Royal Man­sour guests begins at the airport, where a hotel representative picks you up in a 12-?cylinder Mercedes-Benz S600. General manager Jean Pierre Chaumard initially wanted a fleet of Rolls-Royces or Maybachs for the hotel, but eventually decided that a fleet of Mercedes-Benzes offered a more understated and elegant transfer to this over-the-top hotel. ($2,365–$43,015)