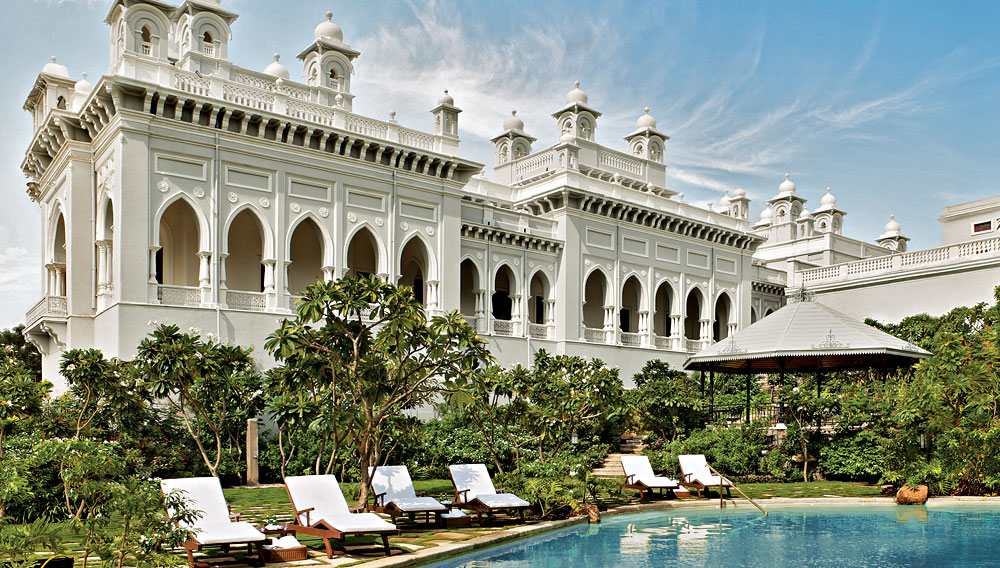 Taj Falaknuma Palace (+91.?40.6629.8585, www.tajhotels.com) sits atop a hill 2,000 feet above Hyderabad, the southern Indian city known as much for its rich architectural heritage and succulent cuisine as for its modern airport and concentration of high-tech companies (including Google, Dell, and Motorola). Falaknuma Palace was built in 1884 by Mehboob Ali Khan, the nizam of Hyderabad, who hosted the likes of King Edward VIII and Czar Nicholas II at the residence. The property, with its sprawling Raj­asthani gardens and 5,900-book library, reopened as a hotel in Nov­ember, having been artfully restored over the last decade by India’s Taj Hotels Resorts and Palaces.

As a 60-room hotel, the 32-acre estate transports guests to an opulent era with spaces such as the Grand Presidential Suite, set in the nizam’s former sleeping quarters; the library, which is a replica of the one at Windsor Castle; and the Hookah Lounge. Activities include treatments at the Jiva Spa, palace walks at sunset with a historian, and games of billiards on the nizam’s custom-made snooker table. ($745–$4,400)