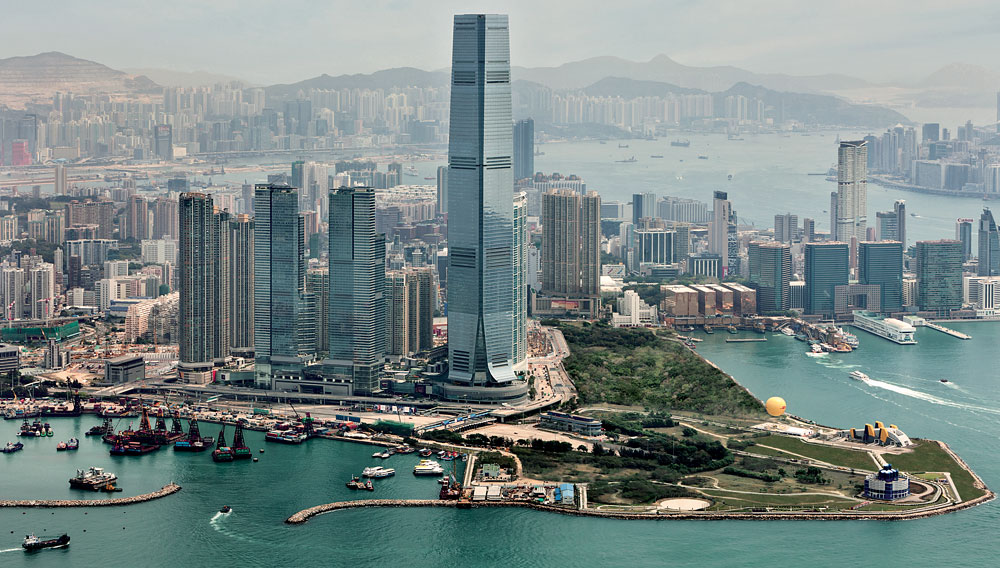 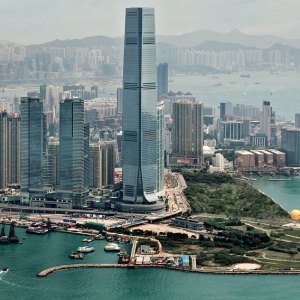 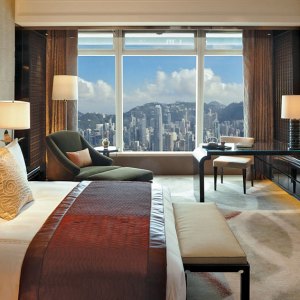 The International Commerce Center was designed to be Hong Kong’s highest building, piercing the sky at 1,883 feet. Government regulations, however, forbid structures from standing taller than the surrounding mountains, so architects had to downsize it to 1,608 feet. Even so, the Kowloon-side skyscraper still rises nearly 250 feet higher than its closest competitor in the Hong Kong cityscape. And perched at the peak of Hong Kong’s new high-rise champion is the world’s best new hotel.

The Ritz-Carlton, Hong Kong, which opened in March 2011, can be reached in just 52 seconds from a perpetually packed elevator. From the 103rd-floor lobby, guests descend one floor to reach Tin Lung Heen, the hotel’s Michelin-starred Chinese restaurant, where Hong Kong’s elite meet for char-grilled Iberian pork and steamed crab claws. At Café 103, a style-savvy crowd gathers for marble cheesecake, chocolate raspberry tarts, and shots of liquid white chocolate during the restaurant’s chocolate afternoon tea.

The Ritz-Carlton’s 312 silk-paneled guest rooms are located on floors 106 to 117. Not surprisingly, the rooms’ standout features are their sky-high Victoria Harbour views, which are as enthralling when enjoyed from the goose-down-duvet-covered beds as through the telescopes in the 50 suites. Find more vistas from the 116th-floor Ritz-Carlton Spa by Espa, which includes nine treatment rooms and two couples’ suites. At night, head to the floor’s Club Lounge for cocktails and bird’s-eye views of Hong Kong’s Symphony of Lights, which Guinness World Records heralds as the largest permanent light-and-sound show. ($871–$12,820)