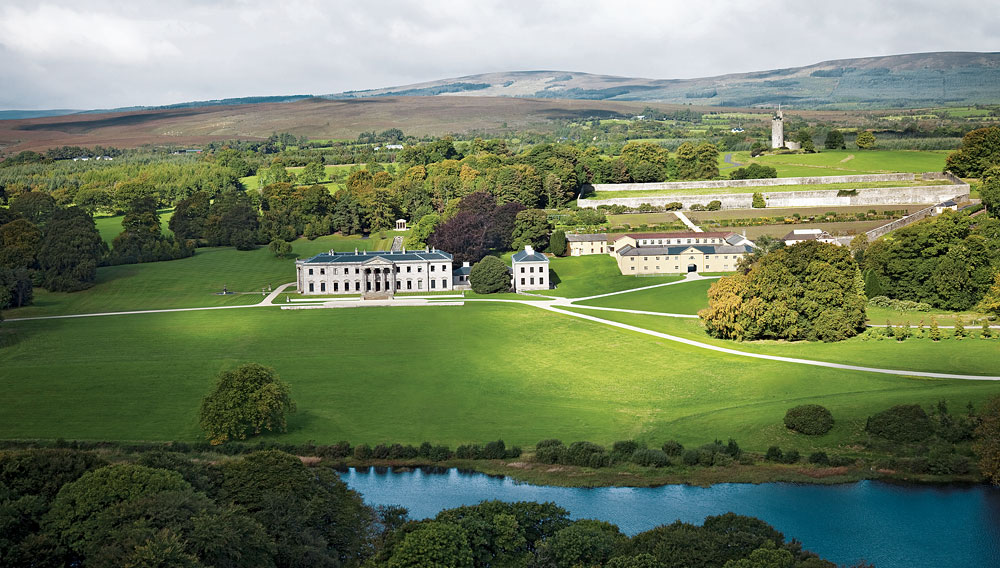 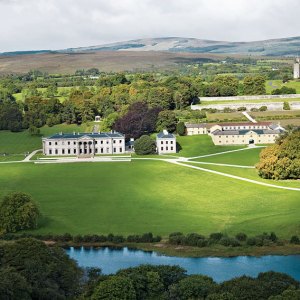 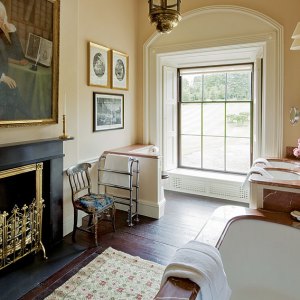 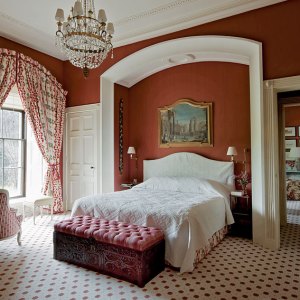 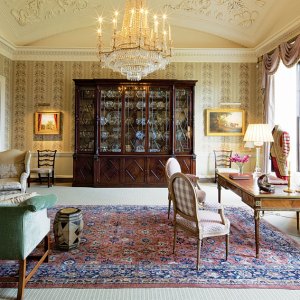 Built in 1822 as the home of British baronet Sir Charles Coote, Ballyfin Demesne was once Ireland’s most lavish Regency mansion, the centerpiece of a 614-acre estate of esplanades, parkland, woodland, and a lake at the base of the Slieve Bloom Mountains. Adding to the milieu, Lady Coote commissioned for the grounds such follies as waterfalls, secret grottoes, and a medieval-style tower complete with a moat and drawbridge. The Cootes’ descendants sold Ballyfin in 1923, and the property later served as a Catholic school for 70 years. Today, following a nine-year restoration, it reigns once again as Ireland’s most opulent country estate—and the world’s best new resort.

Chicago entrepreneur Fred Krehbiel acquired the decaying Ballyfin in 2002 and invested an estimated $50 million to revive the Irish treasure. Opened as a resort in May 2011, Ballyfin features 36,000 square feet of intricately restored interior spaces that include just 15 generously sized guest rooms. The rooms pair state-of-the-art technology with antique furnishings and artworks. Swans can be spotted from most guest-room windows, which overlook the lake or a cascade descending from a classical Greek-style pavilion. In the public spaces, chandeliers from the palace of Napoleon’s sister hang above Chippendale furniture, 17th-century tapestries, and a parquet floor design from Buckingham Palace.

Noble pastimes at Ballyfin include falconry, trapshooting, tennis, and wine and whiskey tastings. Guests can also visit the indoor swimming pool and spa, ride bicycles, fish and row on the lake, and hike through the property’s magical old-growth forest. Executive chef Fred Cordonnier (formerly of the Michelin-two-star restaurant at Dublin’s Merrion Hotel) encourages visitors to play a part in their meals—fetching eggs from the henhouse, picking fruits and berries, foraging for mushrooms, and accompanying the sommelier to the cellar to select the evening’s refreshment. ($1,433–$2,114, including meals)