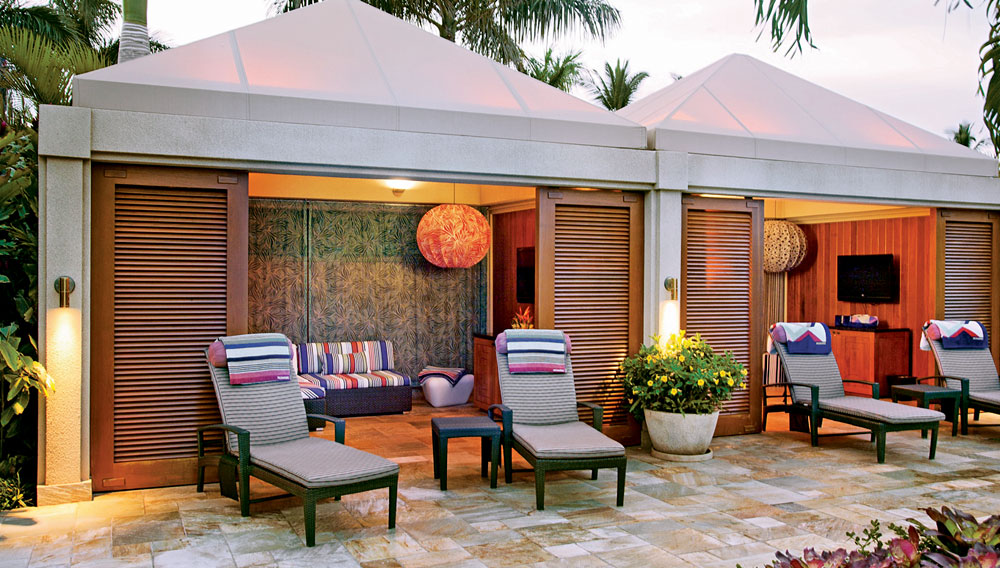 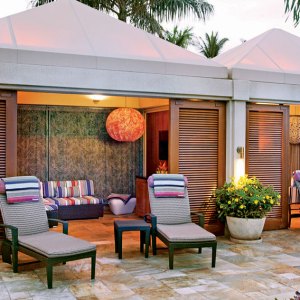 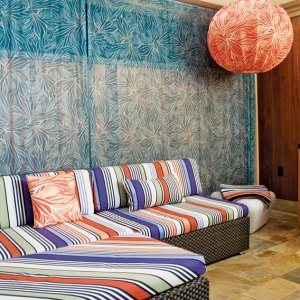 << Back to Robb Report, 24th Annual Best of the Best

A fixture on Wailea Beach for more than two decades, the Four Seasons Resort Maui at Wailea has long been the preferred hideaway of celebrities and VIPs on the Hawaiian island’s famed southwest coast. So it is only fitting that the 15-acre resort’s latest addition—the cliffside Serenity Pool Terrace—has all the trappings of an exclusive Hollywood hot spot.

The Four Seasons, which first debuted the terrace in 2009, put the finishing touches on the 41,000-square-foot oceanfront space this past December. The pool is the ultimate adults-only paradise, where instead of water volleyball and cries of “Marco Polo,” guests enjoy signature cocktails and soothing music pumped through underwater speakers. The area’s pièces de résistance are its chic, living-room-like cabanas ($350 or $495 per day), each of which features 160 square feet of private space filled with cozy sectional couches, a 42-inch flat-screen television, and a refrigerator. The cabanas also come with noise-cancelling earphones, free Wi-Fi, and such services as on-site spa treatments.

Since their debut, the cabanas have no doubt played host to countless A-listers. But it was a visit by Italian designer Rosita Missoni that is now generating the most attention. In December, Missoni completed a revamp of two of the six poolside sanctuaries in her company’s trademark colorful geometric patterns. The process also brought additional amenities—from a personal cappuccino machine and Missoni-designed towels to a private stock of Italian gelato and Prosecco—making for what is unquestionably the coolest pool experience for 2012.