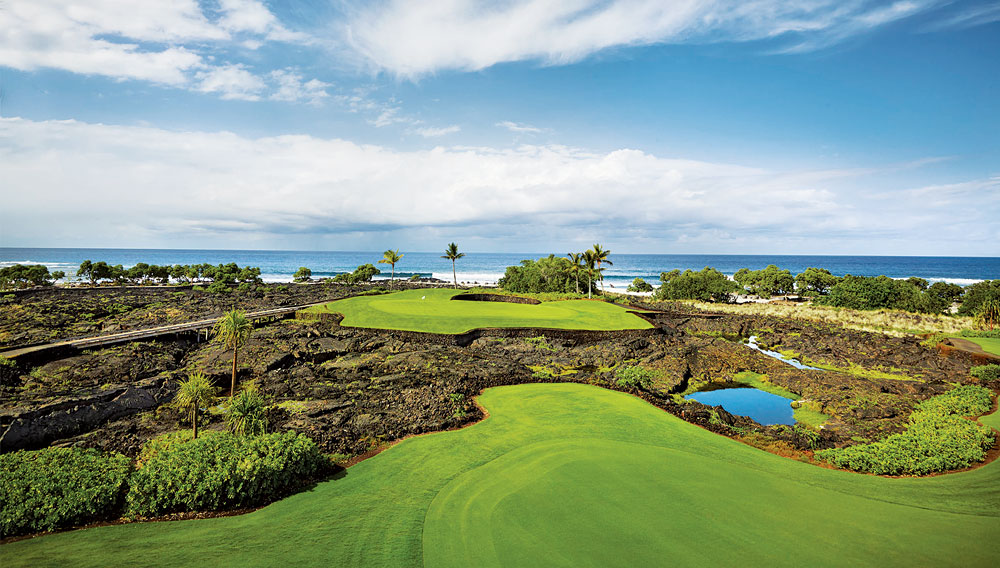 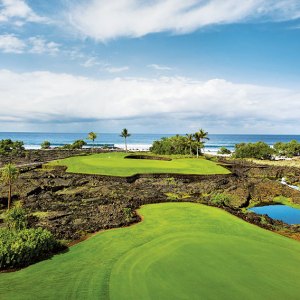 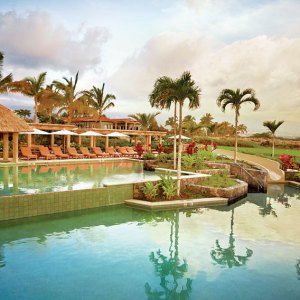 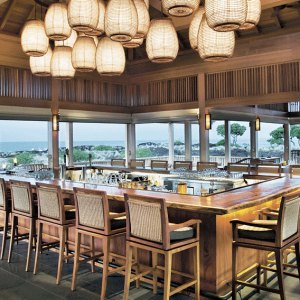 Stretched over more than 20 miles of oceanfront, the Big Island’s Kona–Kohala Coast has been a top Hawaiian vacation destination since the Mauna Kea Beach Hotel opened in 1965. But while the region—now dotted with resorts and communities from the Mauna Kea in the north to Discovery Land Company’s Kukio in the south—is no stranger to developments, it had been more than a decade since the coastline saw a significant new project. That changed last year with the debut of Kohanaiki, the Kona–Kohala Coast’s newest—and potentially its best—private community.

Located between the Kona International Airport and the seaside town of Kailua-Kona, Kohanaiki occupies a 450-acre site overlooking the Pacific Ocean. The community’s plans call for a total of 500 homes that will include two- and three-bedroom townhomes (priced from $2.5 million) designed by the Honolulu-based architect Warren Sunnland and four- and five-bedroom residences (priced from $3 million) designed by the San Francisco–based firm Zak Architecture. A limited number of 1-acre homesites (priced from $1.5 million to $5 million) are also available for buyers who wish to choose their own architect and interior designer.

Distinguishing the community most, however, are its resort-style amenities, which currently include a beach club, restaurants, a water-sports center, a Rees Jones–designed golf course and practice facility, an organic farm, two tennis courts, coastal beach trails, and a sprawling pool complex featuring adults-only and children’s activities areas. Next year, the development will also debut a 60,000-square-foot clubhouse with additional restaurants and a fitness center and spa. “I started coming to [the Big Island] in 1990 and have been a homeowner at other clubs here since 1997,” says William McMorrow, the CEO of Kennedy Wilson, the real estate investment firm that purchased the land for Kohanaiki in 2011. “I’ve always appreciated what the island has, but I’ve also seen where other developments fall short.”

McMorrow cites as an example Kohanaiki’s 1.5-mile-long beach—a massive stretch compared with the sparse oceanfronts found at neighboring developments. “Additionally, a lot of the other golf courses here only have a couple of golf holes on the ocean, while we have six that run along the water,” he says. “You really feel the views and the setting here.”

Home ownership at Kohanaiki includes access to all of the community’s amenities, as well as optional services such as housekeeping, gardening, maintenance, and child care. The staff can also help homeowners explore their idyllic surroundings, arranging activities that range from surfing and scuba-diving lessons to private fishing excursions along Kona’s famous Ono Lane. It all adds up, says McMorrow, to an unprecedented ownership experience on the Big Island. “We wanted our homeowners to never feel like they had to make sacrifices here.”