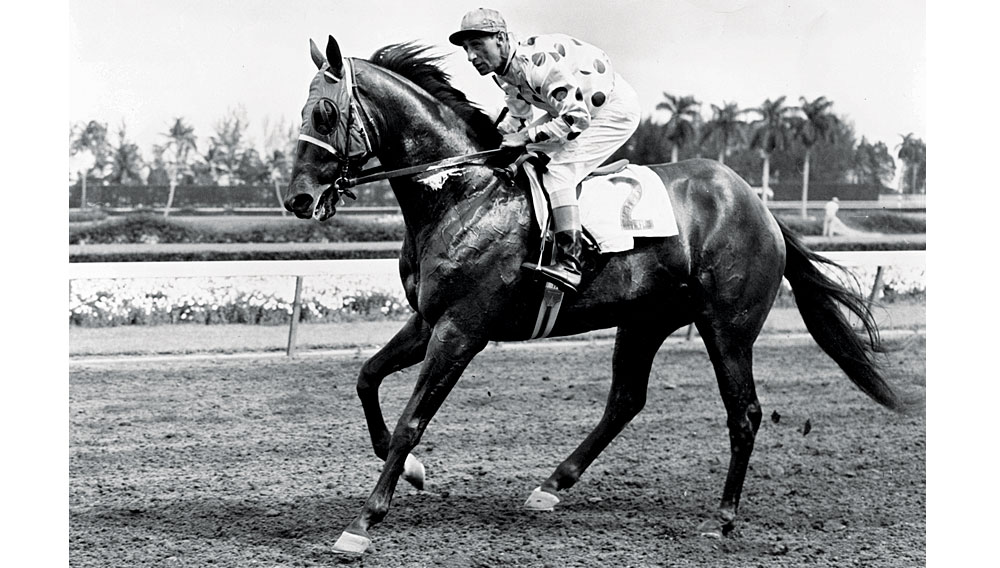 Photo by National Museum of Racing and Hall of Fame

Few entertainments can match the pomp that Thoroughbred racing affords its spectators, as Jack Smith observes in this month’s article on the Maker’s Mark Mile (see “Spirit of 46,” page 141). Yet the sport of kings has not always been a pastime in which monarchs could indulge with impunity. As Prince of Wales, Edward VII rode in steeplechases under an alias to avoid reproach, and as king, he was criticized for devoting excessive time to this diversion. But his royal passion for horseflesh—if occasionally an embarrassment to Buckingham Palace—proved a boon to ambitious social climbers whose equine enthusiasm, with proper finesse, could place them in the king’s inner circle.

William Woodward—secretary to Joseph H. Choate, the U.S. ambassador to the Court of St. James’s—was one such fortunate individual. The American was so often with Edward that, in 1902, the ambassador complained in a letter of the pair’s repeated sojourns to Newmarket: “How anybody can stand such frequent races,” he wrote, “quite surpasses my comprehension.”

Woodward’s easy access to the royal box was precisely the kind of gentlemanly advantage that his uncle James, president of Hanover National Bank, had hoped he would attain through his diplomatic post. James and Woodward’s father founded the family’s fortune as profiteers during the American Civil War. Their proceeds were later invested in the bank, which was the basis for the considerable inheritance Woodward received in 1910 upon the death of his bachelor uncle, who, prior to his passing, was one of the 150 wealthiest men in America. Yet despite this distinction, the family remained among the ranks of the newly rich that paced outside the stronghold of New York society awaiting admission.

The primary instrument of Woodward’s social ascent was the 18th-century stud farm Belair, located in Prince George’s County, Md., that came to him through his uncle’s estate. His success in England had taught him that the prestige of a top Thoroughbred bloodline could mask the deficiencies of one’s own genealogy, and he was determined to open doors in America. He expanded Belair by purchasing the surrounding 2,000 acres, constructing new facilities, and bringing over important horses from Europe to breed. By the 1940s, his stables outshone every other, having produced two U.S. Triple Crown winners: Gallant Fox in 1930 and his progeny Omaha in 1935.

Woodward died in 1953, but Belair accomplished for his family what wealth alone could not when the farm bred one of the 20th century’s most famous horses. Born in 1952, Nashua (pictured) made Woodward’s son, William Jr.—known to friends as Billy—and his wife, Ann, international celebrities and the most sought-after members of American society. The colt had a knack for winning and, by 1955, had racked up the highest earnings in racing history after Citation. “You look at a horse such as this,” wrote columnist Jimmy Breslin, “and it does something to you, even if you are not used to breeding horses.”

Curiously, Nashua achieved the pinnacle of his career as the result of a much-publicized defeat. When, as the favorite, he lost the 1955 Kentucky Derby to California-bred Swaps, Billy challenged the victor’s owner, Rex Ellsworth, to a match race between the Thoroughbreds—an invitation that, not surprisingly, incited the media to frenzy. If F. Scott Fitzgerald was correct in his assertion that there are no second acts in American lives, his formula certainly did not apply to this American horse. Nashua went on to win the Preakness and the Belmont Stakes before redeeming himself on August 31 in Chicago, where he left Swaps in his dust.

For Nashua’s glamorous owners, however, the next act took a tragic turn. After attending a party in Oyster Bay, N.Y., for the Duchess of Windsor on the evening of October 30, 1955, the couple, whose marriage was rumored to be strained, retired to separate bedrooms at their Long Island estate. During the night, Ann Woodward, who later claimed to have heard a prowler, took up a shotgun, stepped into the hallway of their home, and fired at her husband, killing him instantly. A Life magazine feature story proclaimed the incident “The Shooting of the Century,” and the scandal that followed furnished gossips with fodder for decades to come. But for Belair, whose stock of horses, including Nashua, was auctioned off in the aftermath, the heir’s death was a very bloody end of the line.

Correction: An article on Samsung’s 8500 Series 8 LED TV in the June 2010 issue (page 252) should have identified the company as a South Korean manufacturer.