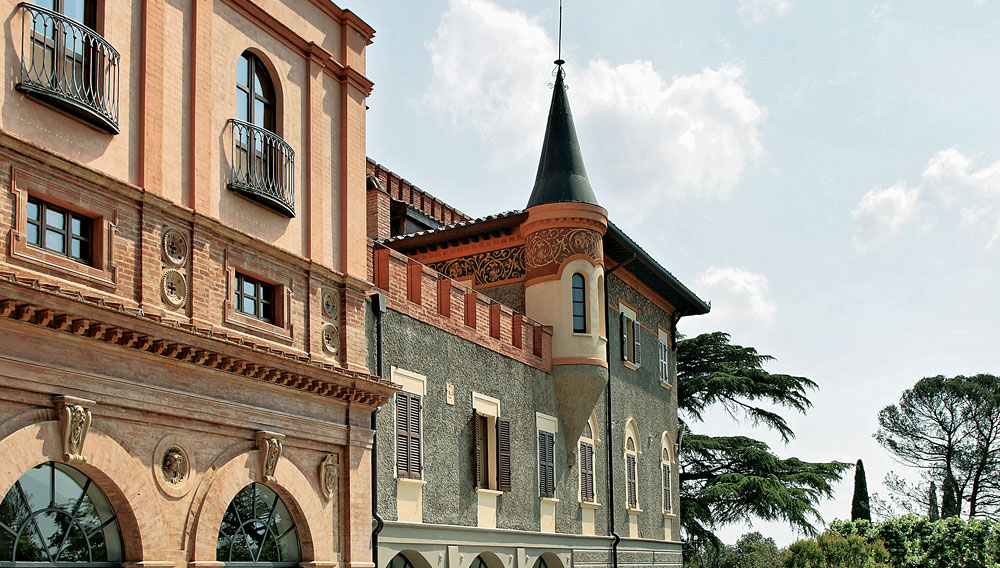 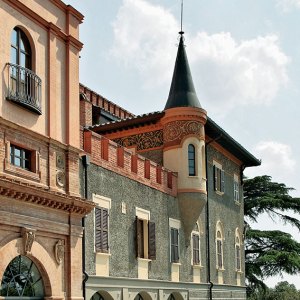 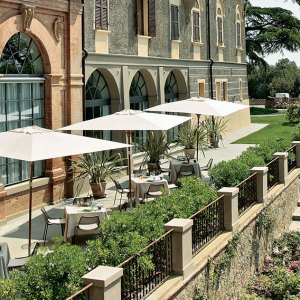 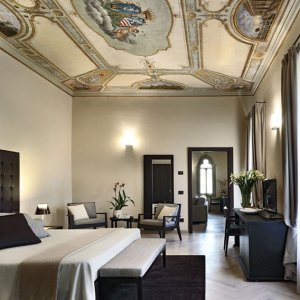 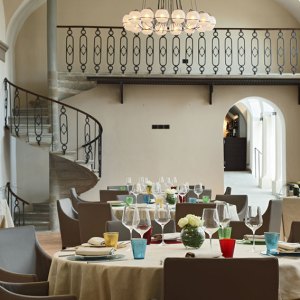 In the mid-1800s, Count Lemmo Rossi Scotti purchased a 13th-century fortress located halfway between Rome and Florence, in Perugia. A celebrated painter known for his exceptionally realistic military scenes, the count proved to be a gifted designer as well, gradually transforming the citadel into a lavish palace filled with Gothic tracery windows, ornate wainscoting, and monumental fireplaces. This March, following its most recent transformation, the count’s former estate is opening as the Borgo dei Conti Resort.

Borgo dei Conti—the result of an 11-year restoration of the count’s palace—is set amid 50 acres of olive groves and ancient forests overlooking the Nestore River valley. The village-like property consists of 66 guest rooms, suites, and apartments located within the original fortress and in three structural additions built throughout the centuries as the property changed hands. The count’s touch remains in the artfully converted accommodations, where fireplaces with intricate marble carvings and frescoes painted by the former owner find contemporary complements in Italian Poli­form furnishings and blond herringbone hardwood floors.

Borgo dei Conti’s public spaces include a spa, library, cigar lounge, amphitheater, and swimming pool. The Lemon House restaurant—named for its setting in what was once the count’s lemon grove—offers a deep wine list that, like the cuisine, is almost entirely local.