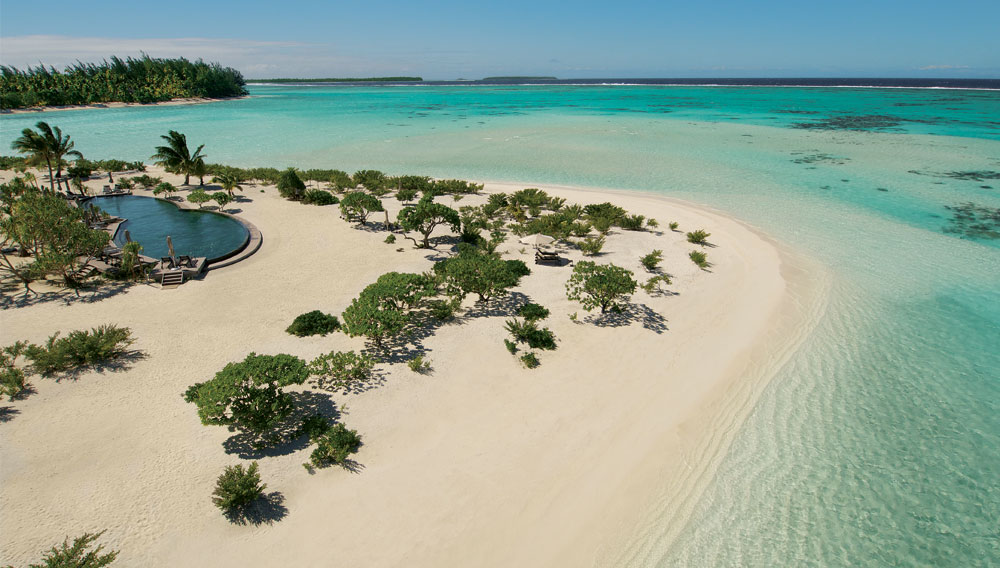 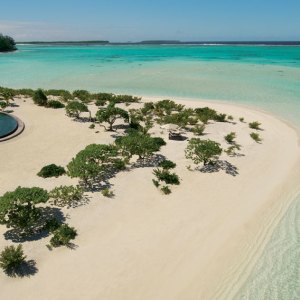 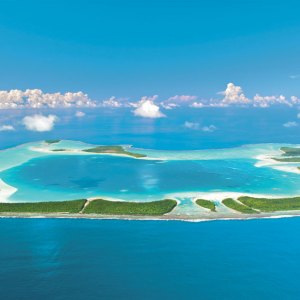 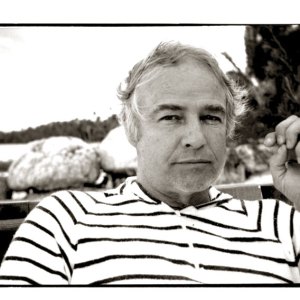 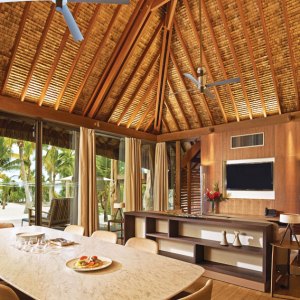 Decades after interviewing Marlon Brando at the actor’s private atoll in French Polynesia, a writer returns to Tetiaroa to size up the new Brando resort.

It was 1978 when I first set foot on Marlon Brando’s private atoll in French Polynesia. The actor had just finished filming Francis Ford Coppola’s Apocalypse Now, and I had been commissioned by Playboy to conduct an in-depth interview—the first Brando had granted since 1956, when Truman Capote visited him on the set of Sayonara in Japan.

Brando’s secretary had arranged the details of my 10-day visit, suggesting I bring snorkeling gear, medication for the inevitable stomachaches, and plenty of insect repellent and anti-itch cream. But when Brando met me on Tetiaroa’s airstrip, it was my footwear that concerned him most. “Your sandals won’t last here,” he said as he carried my bag along the island’s sandy shores to my bungalow. “The sand will get between your toes and the leather.”

I had traveled more than 5,000 miles to report on Brando’s extraordinary life and career—which held endless fascination for Americans at the time—but soon learned that he was far more interested in discussing his private paradise. According to Brando, Tetiaroa—a 12-island atoll located 30 miles north of Tahiti—was where Tahitian royalty once came to converse with the natural spirits that surrounded this turquoise-watered speck in the vast Pacific Ocean. Brando discovered the atoll while filming Mutiny on the Bounty in 1960, and six years later he purchased it for $270,000. By then the actor had married his Mutiny costar, the French Polynesian actress Tarita Teriipaia, and it was Tetiaroa where the couple and their two children would retreat to escape the prying lenses of Hollywood for weeks at a time.

As I pulled out my recorder on that first day with Brando, it became clear that I would learn more about the atoll’s white-sand beaches, palm trees, hermit crabs, and sunsets than I would about the star’s tumultuous love life or upcoming blockbuster. “When people come here to see me, they’re usually all wound up,” he told me in my hut, which was constructed almost entirely from palm trees. “They talk fast, they’ve got projects, ideas, deals. And I sit here like a beached whale.”

Indeed, during my stay, Brando spent most of his time relaxing, observing, and sharing his love of Tetiaroa. He stared at the ocean, enjoyed the sweet fragrant smell of the white tiare flower, and thought about how to save the indigenous turtles and fish from poachers. He showed me a night sky filled with sparkling stars, and a lagoon so calm, clear, and shallow I could wade through it for hundreds of yards. “It’s very elemental here,” he told me one night as we sat in my hut looking out at the lagoon. “You have the sky, the sea, trees, the crabs, the fish, the sun—the basics.”

Brando also fantasized about sharing his island with the world. He said he wanted to build a research center for oceanographers and a school for the blind, and he hoped to rid the island of fallen coconuts, which were breeding pools for mosquitoes. He was of two minds about bringing tourists to Tetiaroa: He did not like the idea of having to hide from guests who wanted to take his picture, yet he realized the local economic growth such an enterprise could spawn. More than 35 years later, the tourists—albeit a very select few of them—are starting to arrive.

I arrive at Tetiaroa one bright August morning to discover that the atoll is much as Brando left it. From the air, the main island—where Brando’s crude huts once hid among the palms—remains as pristine as ever, framed by an electric-blue lagoon and a powdery beach. As the eight-passenger airplane dips lower toward what appears to be a more refined version of the airstrip I bumped along so many decades ago, I glimpse the blue-green dots of swimming pools and the thatched roofs of several villas, barely perceptible among the giant palm fronds billowing in the breeze. When the plane comes to a halt, the jungle around me seems unchanged since my last visit.

This time, however, I am greeted by Richard Bailey, a Tahiti-based developer and the chairman of Pacific Beachcomber, which operates such luxury properties as the Inter-Continental Moorea Resort & Spa and the InterContinental Tahiti Resort & Spa. Last July, after a 15-year process, Bailey opened Tetiaroa to paying guests with the debut of the Brando, a private-island resort on the actor’s beloved atoll.

Bailey met Brando in 1999, when the actor first posed the idea of turning his private paradise into a world-class, self-sustainable resort. Intrigued as much by Brando’s proposal as by the star himself, Bailey immediately arranged a visit to the island.

“There were rats running around in the kitchen. The flies and mosquitoes were unbelievable. You couldn’t flush the toilets because you needed power and the generator was on and off,” Bailey tells me at Bob’s Bar, a near-replica of the circular palm-thatched bar on the other side of the island where Brando and I sat in 1978. “So I wrote Marlon this long memo saying I was sorry, but I deal with guest satisfaction, and I didn’t know how to make his island work.”

Brando was outraged. “He got very upset and wrote me this fax saying I was wrong and calling me a capitalist, which for him was a dirty word,” Bailey recalls. And yet, six months later, the developer received a call from Brando asking for another meeting. “He said ‘OK, what would you do?’ ” Bailey says. “That’s how it started. Over the next three years I stayed with him eight or nine times. First there would be a bottle of wine, and then he’d want to tell jokes and Tahitian stories. Little by little, things would emerge about what he wanted and what his approach was toward the island.”

During their discussions, Bailey encouraged Brando to construct overwater bungalows, citing the success of his resorts in nearby Bora Bora and Tahiti. Brando was not interested, telling Bailey guests should be able “to walk feet-in-the-sand all the way around the island, without encountering any obstructions.” Brando also dictated that there be no fossil fuels used for power on the island, and no asphalt to repave its runway. He requested octagon-shaped villas; Bailey told him such a layout would be impossible to furnish. He insisted that all areas remain natural, covered in sand and dirt; Bailey argued that pathways should be paved to allow for bicycles and electric carts. He demanded a honeybee farm, a lobster hatchery, a laboratory for studying coral and other marine life, and a natural alternative to air-conditioning; Bailey set to work.

By 2002, Bailey was ready to file for the permits needed to turn Tetiaroa into the magnificent resort he and Brando envisioned. The 78-year-old actor, however, was suffering from declining health, and it appeared he would not live to see the plan through. Ten days before he died on July 1, 2004, Brando called Bailey and told him he had faith that the island resort would be in good hands.

It would be 10 years to the month before Bailey would finally realize Brando’s dream—but realize it he has. The Brando is quite simply a masterpiece, an unobtrusive yet extravagant collection of 35 villas, each with its own swimming pool, hidden among thick pockets of jungle. Two restaurants by the Michelin-rated chef Guy Martin (formerly of Paris’s Le Grand Véfour) focus on Polynesian and French cuisine, and a holistic spa offers indigenous therapies. Guests can sip vintages from the wine cellar, shop for jewelry at the pearl boutique, and explore the Tetiaroa atoll by outrigger canoe, bicycle, kayak, or paddleboard.

Brando’s legacy is perhaps most apparent in the resort’s eco-friendly ideals. Solar panels and coconut-oil biofuel provide all of the atoll’s energy, while cold seawater filtered through pipes offers an effective alternative to power-hungry air-conditioning systems. An on-site laboratory serves as a base for researchers to study the atoll’s archaeology and marine life, and the resort’s naturalists—including Brando’s granddaughter Tumi—educate guests during bird-watching hikes, coral-reef expeditions, and whale-watching tours. The actor’s requests for an organic farm (including a honeybee farm) and a school for the local population (albeit not specifically for the blind) have also been honored.

As I wander barefoot over the wide expanse of beach wrapping around the perimeter of Tetiaroa’s main island, I imagine that Brando would be pleased with the final product. The villas may not be octagonal, and the airstrip may be paved, but the views of the sparkling lagoons remain just as they were in 1978, when he and I would sit in front of his bungalow, swatting flies away while we snacked on Famous Amos cookies. Still, I wonder if the actor—notoriously private and self-effacing—would have approved of the resort’s name.

“What else are you going to call it?” Bailey replies when asked over cocktails at Bob’s Bar. “Any other name would have been a brand—it would have been commercial. What we’re trying to honor is Marlon’s vision and commitment to the environment. No other name seemed as appropriate. I’d like to think we’ve helped fulfill his dreams.”