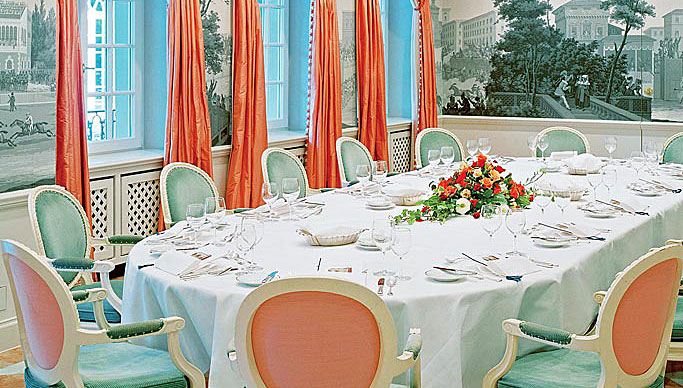 Baden-Baden, Germany, has been a fashionable terminus for spa-goers ever since the Romans discovered hot water bubbling out of the ground there almost 2,000 years ago. Opened in the late 1800s as a stop for aristocrats on their grand tours, the Brenner’s Park-Hotel & Spa furthers the city’s reputation as a health retreat with its 21,500-square-foot spa encompassing 19 treatment rooms, a fitness center, a frigidarium with a plunge pool and saunas, a tiled Roman pool, whirlpools, and a medical facility. Accommodations Several of Brenner’s 100 rooms, including the presidential suite, overlook a lush promenade that stretches almost two miles behind the hotel. Facilities The indoor pool, fully equipped fitness center, and full spa including saunas are available to each guest. Dining Six restaurants and bars to choose from, including Park-Restaurant under the direction of chef Andreas Krolik, which was recently awarded one Michelin star. Concierge Recommends The hotel’s full beauty and medical spa extends past most spa treatments to include physio spa and nutritional coaching. Rates From $270 to about $4,715.