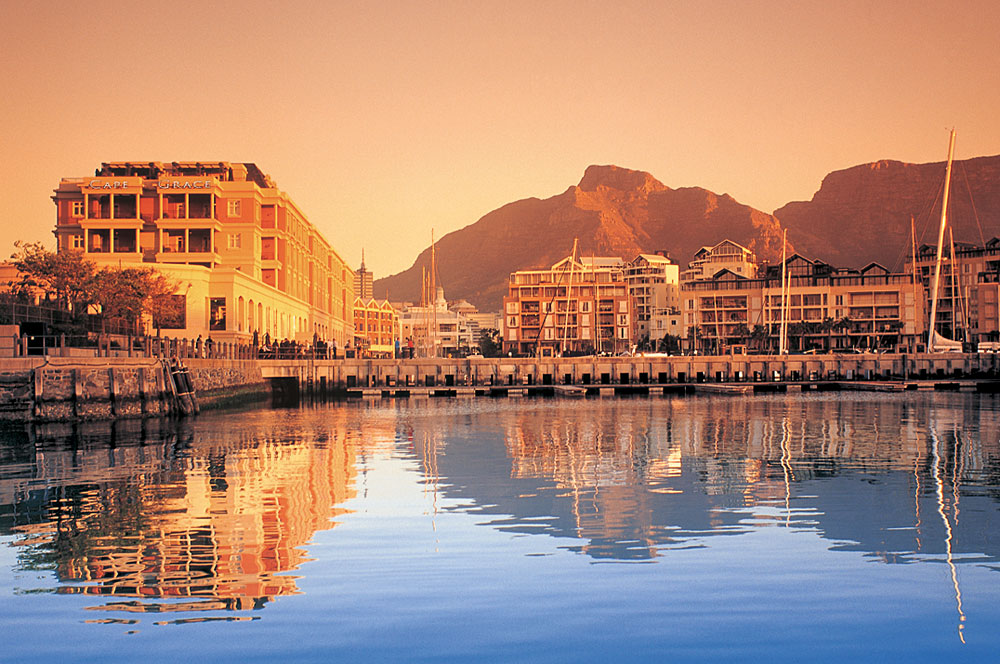 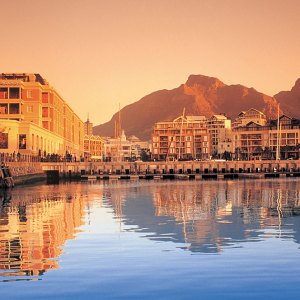 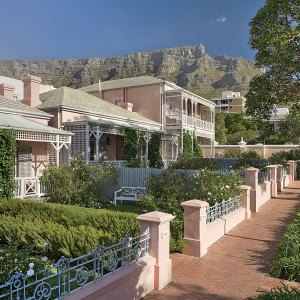 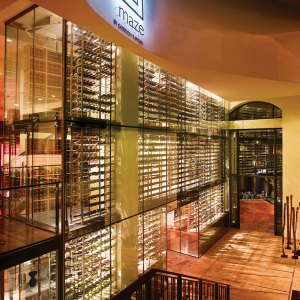 Cape Town, South Africa, is often described as the best-kept secret in the realm of travel. If it is a secret, however, it will soon be exposed. Next year, from June 11 through July 11, the world’s most-watched sporting event—the FIFA World Cup—will take place in 10 different venues across South Africa, and the TV cameras are sure to dwell long and lovingly over the scenic wonders of the Western Cape.

Be prepared to see plenty of images of Cape Town’s Table Mountain, the 3,500-foot-tall, two-mile-long rocky plateau that heaves like a curtain above the Mother City and its beaches. The mountain is great for climbing, but its mesa also is accessible via gondola. However you reach the top, you can bring down from the mountain the knowledge that the craggy slopes are home to the rock hyrax, a brownish-gray mammal that resembles a guinea pig but whose closest relative is the elephant.

A 30-minute boat trip from Cape Town will bring you to Robben Island, where Nelson Mandela was incarcerated from 1964 to 1982. At various times, the island has served as home to a military base, a leper colony, and a prison. Now it is a kind of living museum and a World Heritage site.

The grim reminders of apartheid found on Robben Island—and elsewhere in South Africa—are at odds with the friendliness and hospitality that prevail throughout the Western Cape. These traits are especially evident at the region’s luxury hotels and resorts, including Cape Grace (+27.21.410.7100, www.capegrace.com), one of Cape Town’s most popular landmarks. The hotel is surrounded on three sides by water, and most of its 121 rooms offer views of Table Mountain, the bustling Victoria and Alfred Waterfront harbor, or a yacht marina. The hotel’s Bascule Whisky, Wine, and Cocktail Bar, near the water’s edge, is said to purvey the largest collection of whiskies in the Southern Hemisphere.

Regardless of whether the Mount Nelson Hotel (+27.21.483.1000, www.mountnelson.co.za) is the most famous of Cape Town’s hotels, as its promotional literature claims, it is certainly one of Africa’s most elegant. The Mount Nelson is surrounded by nine acres of gardens in the heart of the city, and many of its 144 rooms and 57 suites offer views of Table Mountain. The property features two heated swimming pools, two floodlit tennis courts, a fitness center with personal trainers, and a spa with 10-treatment rooms, a sauna, a steam room, plunge pools, and a conservatory. The hotel’s afternoon tea, served daily in the lounge, is a local institution.

The newest and most fashionable of Cape Town’s luxury hotels is the One&Only (+27.21.431.5800, www.oneandonlyresorts.com), where two small atolls provide the setting for 40 Island Suites and a One&Only Spa. Dark African woods, contemporary artwork by local artisans, and furnishings reflecting the warm colors of Africa’s savannas contribute to the richesse of the hotel’s 131 rooms and suites. The One&Only’s two main restaurants are from celebrity chefs Gordon Ramsay and Nobuyuki Matsuhisa, and the resort’s spectacular three-level Wine Loft houses more than 5,000 bottles.

Outside the hotels, you will find local and ethnic restaurants that are points of pride among the “Capeys.” The locals claim that while Johannesburg eats to live, Cape Town lives to eat, and the downtown dining possibilities are seemingly limitless and sometimes baffling. Some Cape Town gourmets rhapsodize about the city’s “bunny chow” eateries, where the specialty is a kind of prospector’s stew served in a hollowed-out roll of bread.

For first-time visitors, no trip to South Africa is complete without getting up close and personal with the country’s wildlife. This may require little more than a few hours’ drive into the bush. Sanbona Wildlife Reserve—home to the world’s only free-roaming white lions—is just two and a half hours away and well worth the ride. Other wildlife-related options include swimming with penguins, whale watching from a boat on Plettenberg Bay, and cage diving with sharks.

And should you visit South Africa during the World Cup and find you cannot stand one more minute of soccer, then you will have another reason to head to the winelands. As Anne Cointreau, owner of the Morgenhof estate, explains, “The rest of Africa is about soccer. The Western Cape is about rugby.”