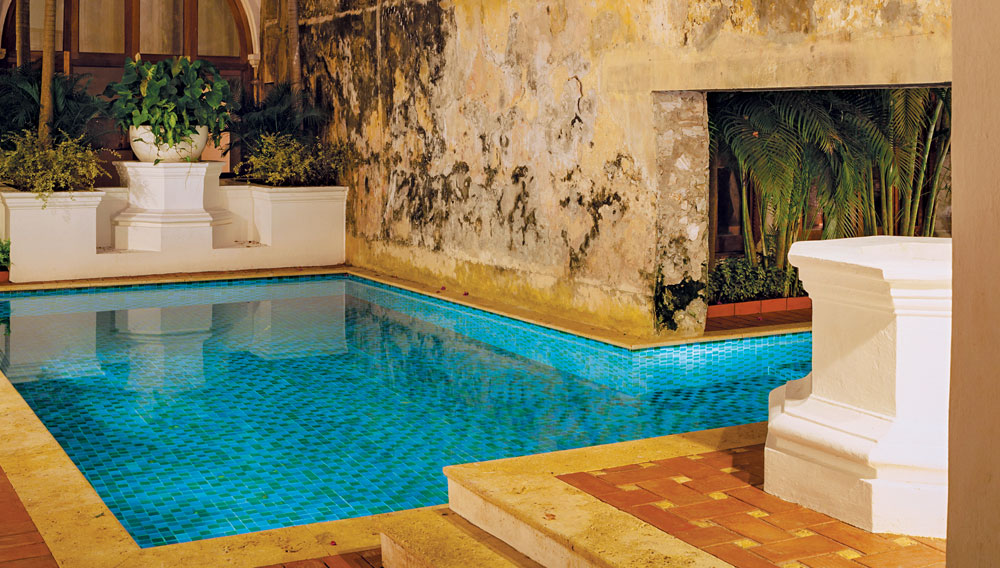 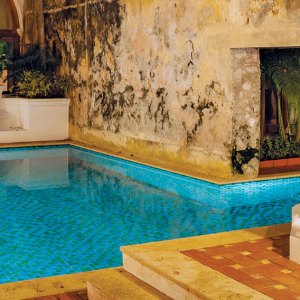 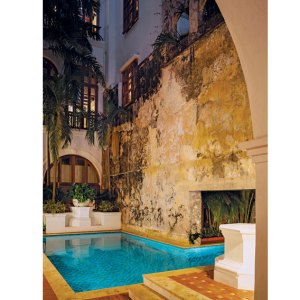 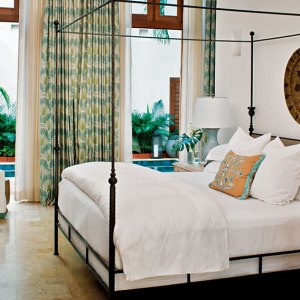 Within the walled city of Cartagena, Colombia, the conversion of colonial residences into boutique hotels has become a common practice. Casa San Agustin, the latest example of the trend, sets a new standard in the city for build quality, service, dining, and design.

Opened in October, Casa San Agustin occupies three adjacent colonial-era buildings and the remnants of an aqueduct. The hotel’s developers preserved the 300-year-old frescoes in the library and the original wooden beamed ceilings inside the 31 guest rooms and suites. The work of the South Carolina–based K. S. McRorie Interior Design, the rooms and public spaces are awash in shades of beige and blue that reference the nearby Caribbean Sea.

Also drawing from the Caribbean is the seafood-saturated menu at Casa San Agustin’s Alma, which has fast become a top Cartagena dining spot. Thanks to its Caribbean setting—30 islands are less than 45 minutes away by yacht from the city—and colonial charms, Cartagena itself is quickly becoming a must-see international destination. Casa San Agustin, +57.5.681.?0000, www.hotelcasasanagustin.com