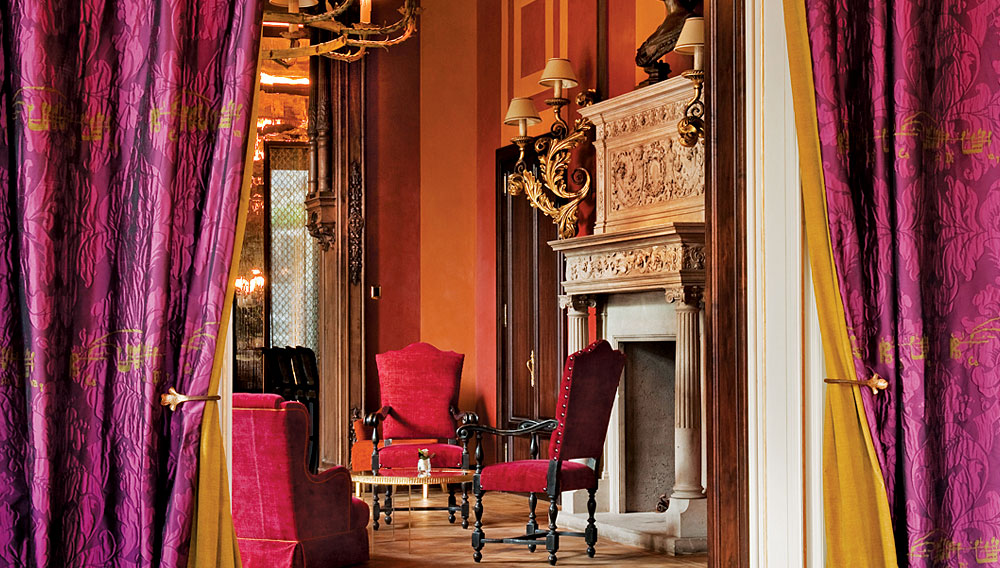 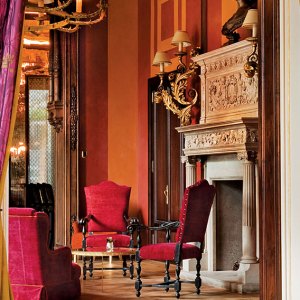 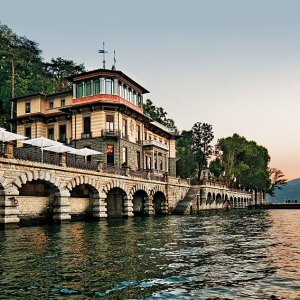 The first true luxury hotel to open on Italy’s Lake Como in the past century, CastaDiva Resort debuted in June in the town of Blevio, about 10 minutes by car from the city of Como. The resort occupies the former estate of 19th-century opera singer Giuditta Pasta, whose performance in 1831’s Norma inspired the property’s name: In the opera, Pasta sang an aria titled “Casta Diva” (chaste diva) that her admirer, composer Vincenzo Bellini, wrote especially for her.

Pasta’s former residence on the estate, now called Villa Roccabruna, houses several of the 6.4-acre resort’s 75 accommodations. The remaining rooms and suites are distributed among two other historic buildings, Villa Norma and Villa Amina, and six newly constructed villas. The estate’s theatrical past influenced the intense color schemes and the blends of contemporary furnishings and gilded antiques that decorate the property.

CastaDiva’s spa is a sprawling subterranean space with an indoor pool, Finnish and Mediterranean saunas, a Turkish bath, a Himalayan salt room, and four themed suites (water, earth, wind, and fire). In the evening, the resort’s alfresco pool deck, which floats on Lake Como, becomes the stage for an animated fountain-and-light show set to opera music. CastaDiva Resort,+39.031.32.511, www.castadivaresort.com