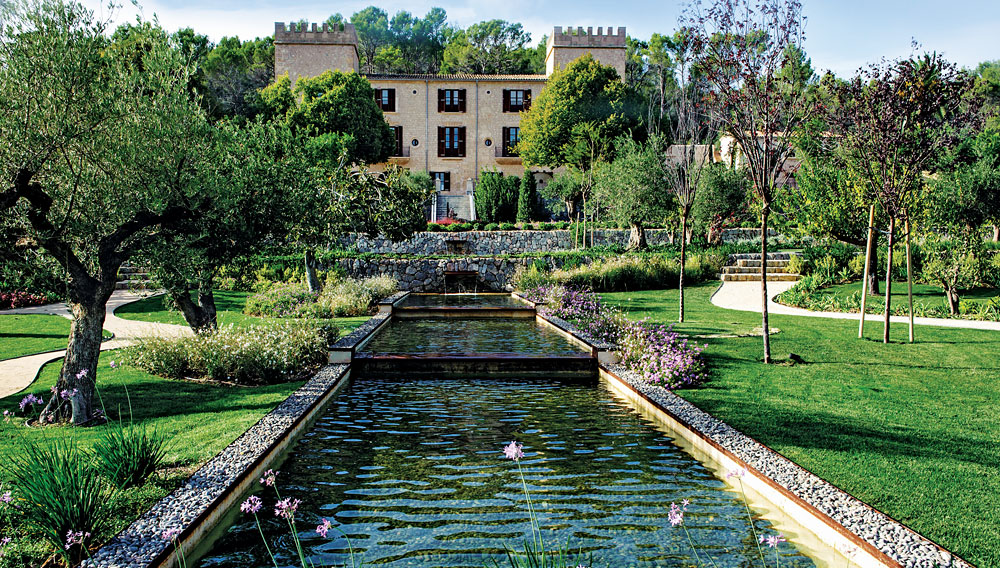 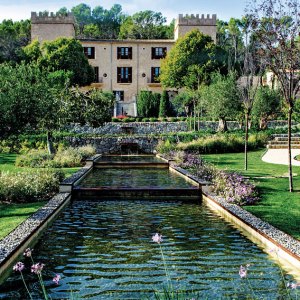 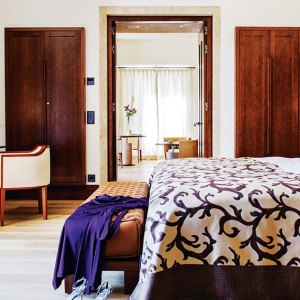 The motto at Castell Son Claret, a new country resort on the Spanish island of Majorca, is“the luxury of silence.” Opened in late April at the foot of the Serra de Tramuntana mountains, the centuries-old castle—which is set within 325 acres of fringed palms, fragrant gardens, and Med­iterranean maquis—is indeed a hushed refuge from Majorca’s crowded beaches and bars. But the inland retreat’s isolation only accentuates the natural sounds and sights of this beautiful Balearic isle.

Resting on a poolside sunbed looking out to the mountains, guests might hear the buzz and hum of bees flitting through an herb garden that supplies ingredients for Castell Son Claret’s Michelin-starred restaurant, Zaranda. The resort’s 13 fountains splash and gurgle, while cool breezes prompt ripe figs to drop with thuds next to the spa’s tented treatment rooms.

Castell Son Claret’s 38 guest rooms feature Pierantonio Bonacina furnishings and Duravit bath fixtures. In the 16 suites, some of which were built within the estate’s original stone stables, true tranquility can be found on expansive terraces overlooking the grounds. Castell Son Claret, +34.971.138.620, http://www.castellsonclaret.com