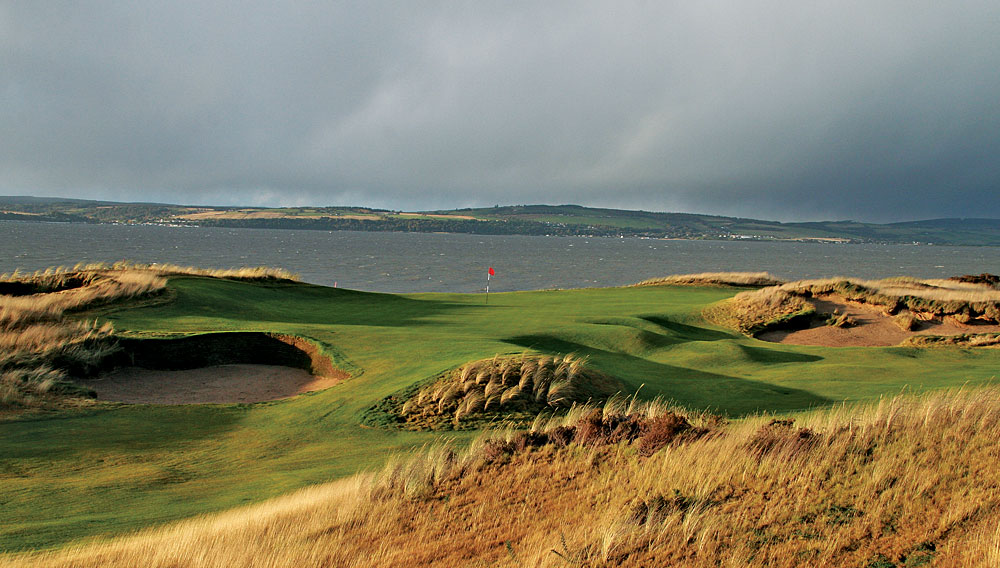 As far as Auld Country golf destinations go, the Scottish Highlands town of Inverness has always played second fiddle to St. Andrews. The debut of Castle Stuart Golf Links goes a long way toward changing that.

Opened last July just outside of Inverness—within an hour and a half’s drive of Royal Dornoch, Brora, and other classic courses—Castle Stuart unfolds along a stunning Scottish linksland site abutting the Moray Firth. Developer Mark Parsinen, a onetime Silicon Valley entrepreneur, worked with American designer Gil Hanse to transform the former farmland into a masterful layout where sweeping fairways border fescue-covered dunes and sunken bunkers appear as though they have existed for hundreds of years. “We tried to incorporate a number of the underlying principles of the Old [Course at St. Andrews] into what we did,” says Parsinen.

But whereas the Old Course is mostly flat, Castle Stuart climbs from the water’s edge to the headlands, offering far-reaching vistas from nearly every point on the course. The first three holes are lined by water from tee to green along the right, with views across the Moray Firth to Kessock Bridge, Black Isle, and Chanonry Lighthouse. The course then turns inland for the par-3 fourth hole, where the namesake Castle Stuart (circa 1625) rises behind the green. Mirroring the opening trio, holes 10, 11, and 12 also play along the Moray Firth, this time on the left.

Parsinen, who also built Kingsbarns Golf Links near St. Andrews, plans to open a hotel, residences, and a second course at Castle Stuart, with the aim of making it one of Scotland’s premier golf destinations. “My dream is to warrant consideration as a [British] Open Championship venue,” he says. “That would be the ultimate.”