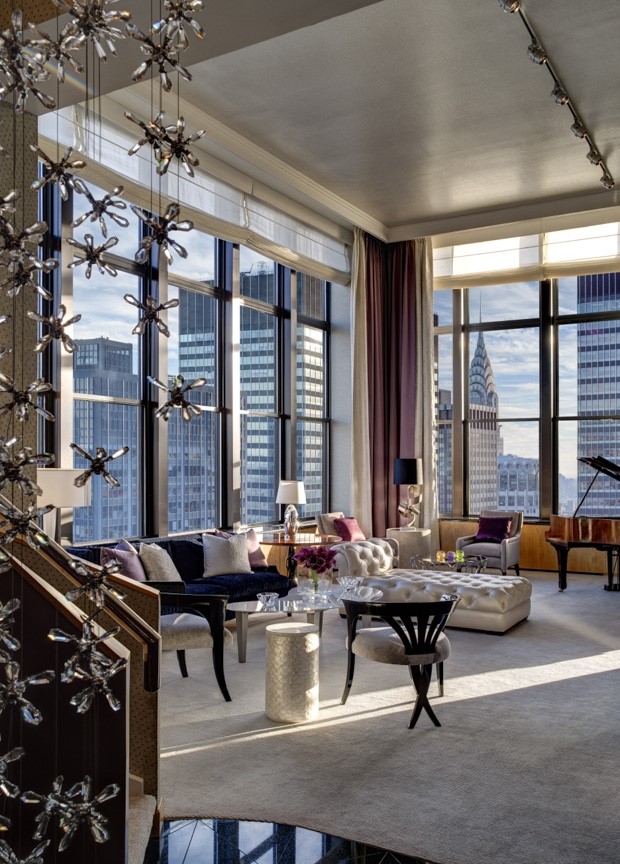 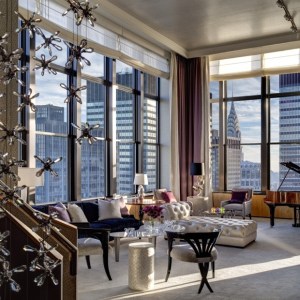 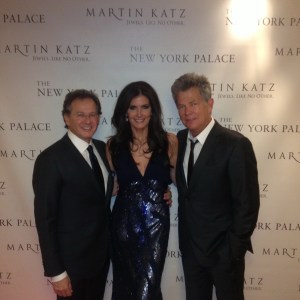 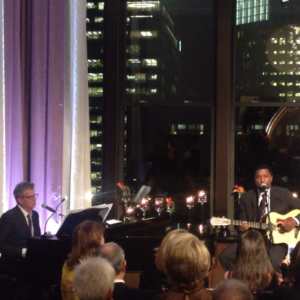 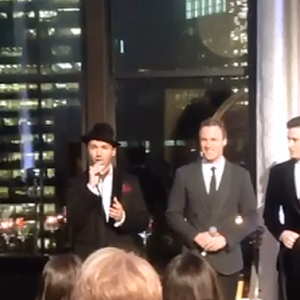 Celebrity Jeweler Martin Katz fêted the unveiling of his eponymous “Jewel Suite by Martin Katz” at The Towers at the famed New York Palace Hotel. The party, which celebrated the opening of his $25,000-a-night suite, featured VIPs and celebrities who were treated to performances by mega Grammy Award winning artists David Foster, Kenneth “Babyface” Edmonds and The Tenors.

The focal point of the party was the 5,000-plus square-foot, three-story suite that merges romance and abstract elements of nature in a luxurious and luminous setting. The three astounding levels include a grand reception foyer, master suite plus an additional en suite bedroom, living room, dining room, entertainment lounge, private rooftop deck and garden with an elevated spa for one-of-a-kind viewing of the skyline. Katz’s personal touches live throughout the space; a stunning 20-foot “Waterfall of Diamonds” chandelier, extraordinary displays of original artwork created by Katz expressly for The Jewel Suite, uniquely designed jeweled china from the artistry and imagination of Katz, exclusive jewelry designs that “live” permanently in the walls, and in spectacular, suspended “jewel boxes,” and breathtaking 15-foot windows in the main salon, with its own grand piano.

Martin Katz, Ltd. was founded in 1988 after Katz himself became known for designing and creating the most coveted jewels in the world.  Renown for being the first independent jeweler to adorn Hollywood screen stars with magnificent jewels for high-profile events such as the Academy Awards, Martin Katz has since gained an international reputation and following among collectors and connoisseurs. The Martin Katz collection features signature contemporary designs of uncompromising quality and unmistakable craftsmanship.  His passion and appreciation for rare, exceptional diamonds and precious stones crafted into designs with a ‘youthful’ attitude are hallmarks of his expertise and sophistication.  Martin Katz jewels are available exclusively at his Beverly Hills salon on Brighton Way and Bergdorf Goodman in New York City.

About The New York Palace

The New York Palace, a luxury midtown hotel on the corner of 50th and Madison, completed a $140 million redesign in the fall of 2013. The renovation transformed the property’s premier rooms and suites in The Towers, a hotel-within-a-hotel. Additional upgrades included new lobbies, specialty suites and six new restaurants and bars — two of which are helmed by renowned Chef Michel Richard. With 909 rooms and suites, The Palace is known for unparalleled splendor, spectacular views, spacious rooms and exquisite service.  Located across the street from St. Patrick’s Cathedral and only steps from Rockefeller Center — the hotel’s world-renowned courtyard incorporates motifs from several 15th-century Italian cathedrals and has served as the entranceway to the historic Villard Mansion since 1882.  The New York Palace gracefully blends the landmark Villard Mansion with a contemporary 55-story tower.