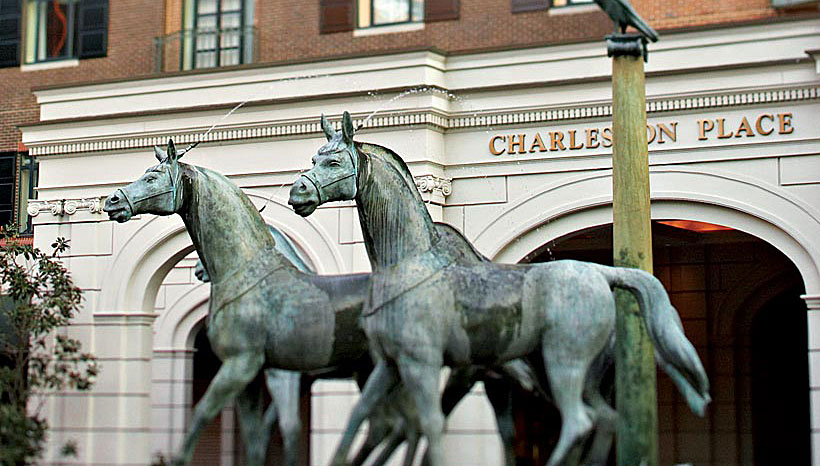 Unlike nearly everything else in Charleston, South Carolina, the Charleston Place hotel is neither quaint nor historic. The eight-story structure dates only to the mid-1980s—an era not known for tactful design—and yet, thanks to its traditional style and gracious staff, Charleston Place fits in flawlessly with its neighbors on the city’s cobblestone streets. The top four stories of the hotel are set back from the first four (so as not to appear too tall for the surroundings), and the building’s brick facade resembles those of the town’s 18th- and 19th-century structures. Inside the property, a Georgian-style staircase graces the lobby, period fabrics and local artworks decorate the 400 guest rooms, and live jazz accompanies contemporary low-country cuisine at the recently remodeled Charleston Grill. Accommodations 320 deluxe rooms, 80 of which are Club Level, and 40 suites. Facilities The indoor horizon-edged swimming pool is enjoyed year-round, but when the sun makes an appearance, a glass roof retracts for full exposure to the sunlight. A spa and fitness center come equipped with professional trainers so you don’t hurt yourself while on vacation. Dining Chef Bob Waggoner’s menu at the Charleston Grill is based on four categories: Lush, Pure, Cosmopolitan, and Southern, allowing diners to choose from very light to rich and hearty. Rates From $260 to about $1,900.