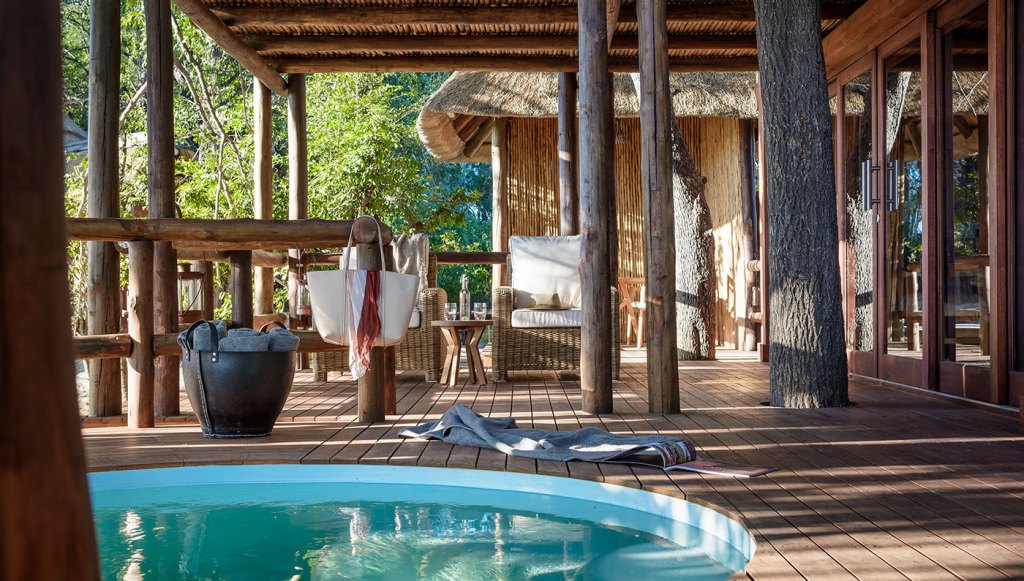 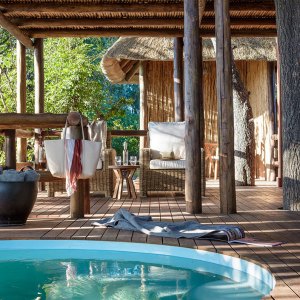 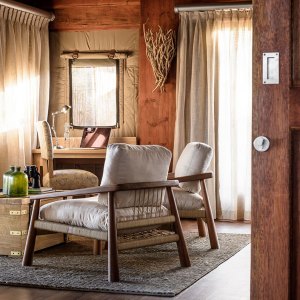 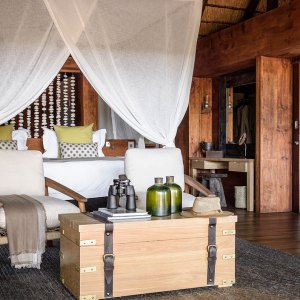 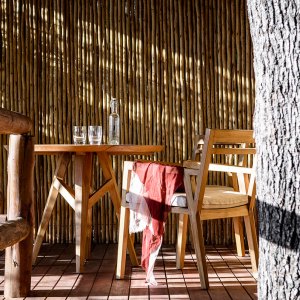 Why Go: It used to be considered luxurious to find en suite bathrooms while on safari. Tents with private facilities and running water were something to write home about. Today, these features are standard at many high-end camps, so Sanctuary Retreats raised the bar even higher. In June, the adventure travel company revealed its flagship, Chief’s Camp in Botswana’s Okavango Delta. While the camp was rebuilt over five months, its accommodations tripled in size. Each of the 10 pavilions (from $986 per person, all-inclusive) is now equipped with an entire bathing wing, encompassing an outdoor shower and a large indoor bathtub with views through a retractable floor-to-ceiling window wall of a private swimming pool.

What to Expect: Formerly 12 rooms, the revamped lodge combined two rooms into the Geoffrey Kent Luxury Suite. Named for the legendary explorer and founder of travel outfitter Abercrombie & Kent, the complex comes with a private kitchen and staff, including a chef, a waiter, a housekeeper, and a guide. Trackers accompany the camp’s guests on safaris by vehicle or dugout canoe through the Moremi Game Reserve, famous for its concentration of predators. Come home from sighting a lion pride to the camp’s new bar, library, fitness center, or spa. Morning coffee delivery and heated mattress pads are among creature comforts provided by the staff, who has been perfecting the level of service here since 1999.

How to Get There: Fly by light aircraft to Piajio airstrip, where Sanctuary staff picks up guests for the 40-minute drive to camp. (sanctuaryretreats.com)