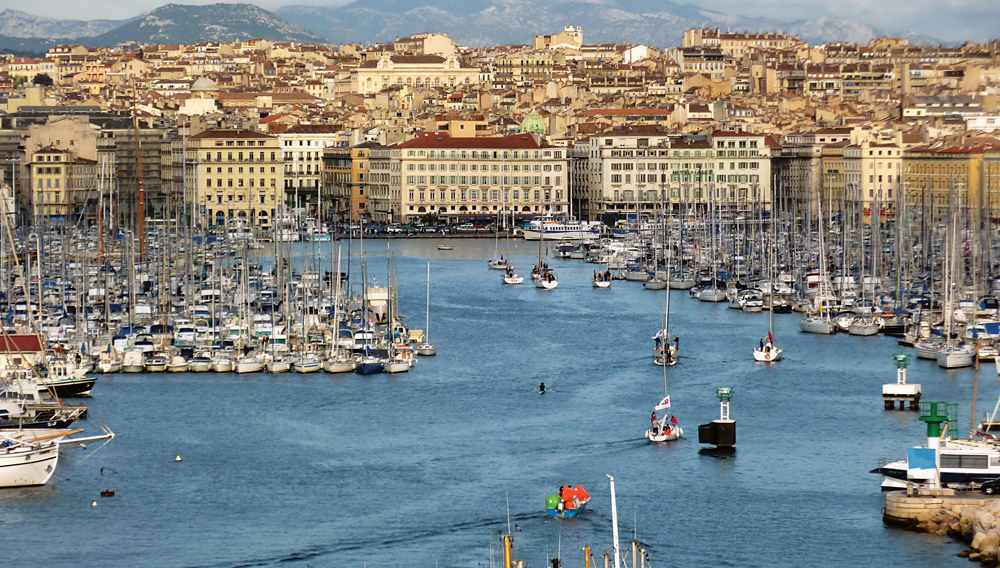 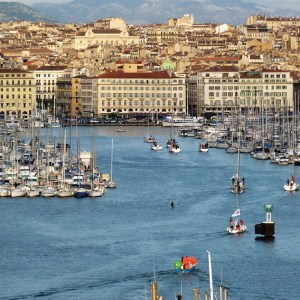 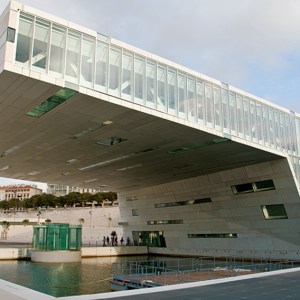 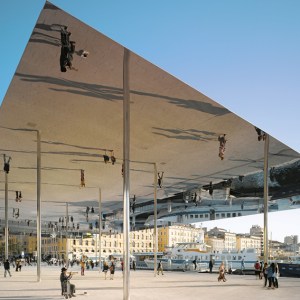 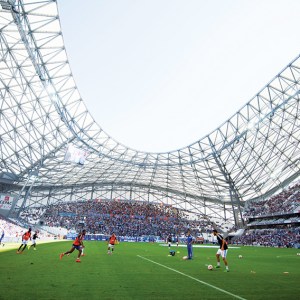 Saying that Marseille is undergoing a reinvention is a patent understatement. The seaport, founded by Greeks in about 600 BC, has labored under a gritty, roustabout reputation for centuries, an impression furthered by its famous landmark Château d’If, the ominous 16th-century island prison immortalized in The Count of Monte Cristo. But Marseille’s blue-collar, melting-pot history as a gateway to Europe makes the city all the more interesting. The announcement in 2009 that it had been chosen as a European Capital of Culture for 2013 kicked off an unprecedented transformation that is still ongoing. The Euroméditerranée development operation was formed to mastermind the $7.6 billion alteration of much of the city core, bringing in some of the world’s foremost architects and reimagining what the port could be for its inhabitants and visitors. Impressive new complexes for artists, businesses, residents, and shops—not to mention 300 days of annual sunshine—make Marseille a worthy place for exploring, and for studying urban renewal.

A meeting place to foster cooperation between the diverse nations of the three continents that border the Mediterranean Sea, architect Stefano Boeri’s C-shaped building is an arc that represents the idea of bringing the sea inside. An exhibition and event space cantilevers over an outdoor pool and also overlooks the Mediterranean, while beneath the pool lie a conference center and an amphitheater. villa-mediterranee.org

The Old Port (Vieux Port), at the heart of the city, had become inconvenient to navigate on foot and unwelcoming to pedestrians. Enter Foster and Partners, the London-based firm commissioned to reimagine the quayside as a hub of activity. The architects leveled and enlarged the space, paved it with pale granite, and embellished one end with a stainless-steel canopy on slender columns, a mirror that reflects the throngs that now walk beneath it. fosterand​partners.com/projects/marseille-vieux-port

​(Continues on next page…)

Picking up on the Capital of Culture momentum, the city made a play for—and won—another title: European Capital of Sport, for 2017. The bid has sparked civic efforts to upgrade and promote athletic venues for enthusiasts of all stripes, from stadium spectators to scuba divers. Olympique de Marseille, the city’s top-tier soccer team, plays in this 67,000-seat stadium that was renovated and expanded for its role as a host for the Euro 2016 championship. lenouveaustadevelodrome.com

Freighters offloaded cargoes of grain into this harbor-front silo from the 1920s until the ’80s. Abandoned for decades yet somehow never demolished, it underwent a sow’s-ear-into-a-silk-purse renovation in which the hollow interior was transformed into an opera house that opened in 2011. +33.4.91.90.00.00, silo-marseille.fr

This monumental landmark dominates the hillside above the port, where it operated as a hospital from 1188 until 2003 (and was the site of the first cataract surgery, in 1750). After a three-year restoration it opened in 2013 as a 194-room hotel, and its Alcyone restaurant soon earned a Michelin star. The hotel’s more casual restaurant, Les Fenêtres, is famous for its bouillabaisse milkshake. +33.4.13.42.42.42, intercontinental.com/marseille

The Corniche—the scenic coastal road—leads to this Relais & Châteaux inn and restaurant just outside the city, a villa owned by the Passédat family for three generations. Gérald Passédat, owner and chef, presides here at Marseille’s only Michelin three-star restaurant. No surprise, the chef’s specialty is seafood in all its local forms, from anemone to whiting. +33.4.91.59.25.92, passedat.fr

Inaugurated in 2013, the Museum of European and Mediterranean Civilizations is the first museum devoted to Mediterranean cultures. French architect Rudy Ricciotti’s design, built on reclaimed land at the harbor’s entrance, is a roughly 161,000-square-foot box wrapped in a concrete lattice like a wavy fishnet. An elevated outdoor footbridge connects the museum to additional exhibition space in the 17th-century Fort Saint-Jean. +33.4.84.35.13.13, mucem.org

The Fonds Régional d’Art Contemporain is a network of about two dozen museum galleries across France dedicated to presenting regional modern art. Marseille’s FRAC covers the Provence, Alpes, and Côte d’Azur territories, and it moved to a new facility in 2013. The Japanese architect Kengo Kuma, inspired by the grid-like look of Le Corbusier’s nearby Radiant City apartment complex, produced a different kind of geometry: a facade of 1,500 glass-and-enamel rectangles mounted at different angles to gleam in the sun. +33.4.91.91.27.55, fracpaca.org