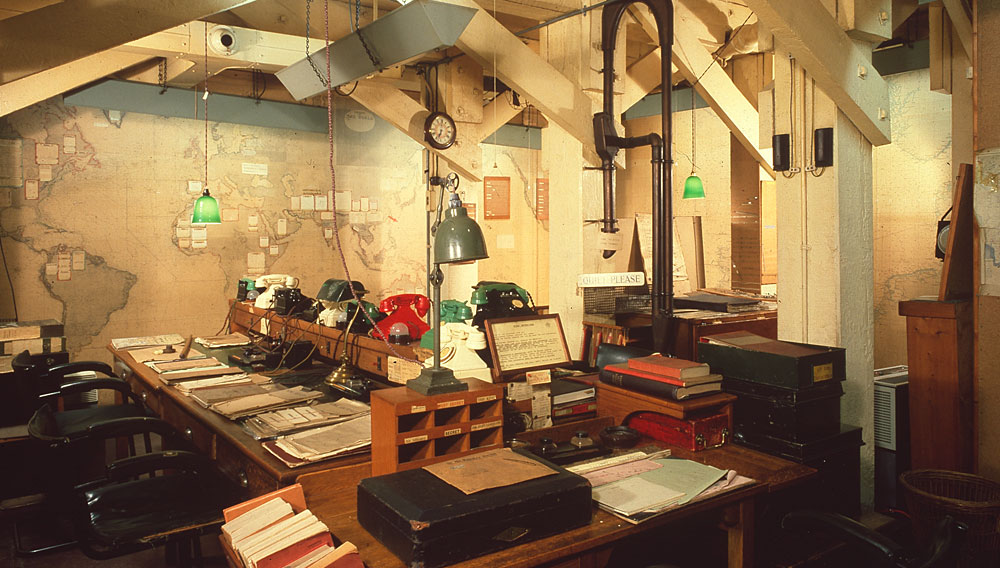 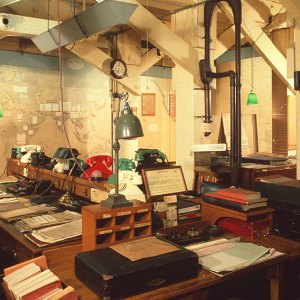 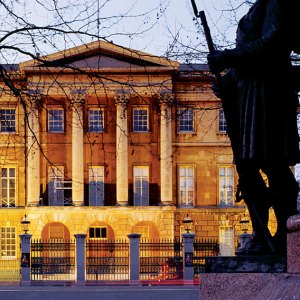 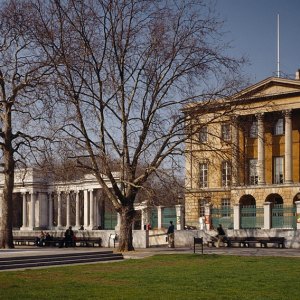 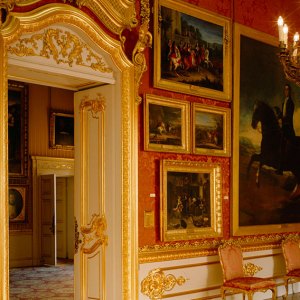 APSLEY HOUSE The former home of the Duke of Wellington (who famously defeated Napoleon in the 1815 Battle of Waterloo), Apsley House is a treasure trove of spoils, holding “all of the gifts he was given after winning battles.” Find masterpieces by Italian painters such as Correggio and Giulio Romano, as well as works by Spanish artists Velázquez and Murillo. “He was obviously very victorious.” (CS) +44.87.0333.1181, www.english-heritage.org.uk/daysout/properties/apsley-house/

CHURCHILL WAR ROOMS This underground shelter was “the secret place where Winston Churchill and his high-ranking officers and secretaries lived and planned” during World War II. The war rooms opened to the public in 1984, and the facility now includes a Churchill Museum that provides a journey into the prime minister’s life “that stays in one’s mind.” Personal guided tours with the museum director, including access to glassed-off areas of the war rooms, are available for an additional fee. (AH) +44.20.7930.6961, cwr.iwm.org.uk

THE HURLINGHAM CLUB Outdoor sports at this stately traditional members’ club in Fulham include cricket, tennis, and squash. Indoor activities range from chess and snooker to Scottish Country Dancing. “It’s a private club, but we can take care of that.” (BM, MW, ST) +44.20.7610.7400, www.hurlinghamclub.org.uk

INNS OF COURT “Step back in time” with a visit to any one of the four Inns of Court, professional associations (which every barrister in England and Wales must belong to) that comprise libraries, dining facilities, and a chapel. Lincoln’s Inn in Central London is highly recommended for its “historical” feel and decorum. “The dining hall at Lincoln’s Inn was used to film Harry Potter. And the barristers are still required to wear formal legal attire, including wigs and black gowns. It’s a wonderful place to visit.” (ST) 44.20.7405.1393, www.lincolnsinn.org.uk

KNIGHTSBRIDGE GOLF SCHOOL Hidden-away training facility in Central London that provides golf instruction for beginners up to PGA European Tour professionals. “You walk into what looks like a normal house, go down the stairs, and suddenly there is this huge golf space with all kinds of different equipment.” Popular among “Russian billionaires who want to try and sort their swing out.” (AH) +44.20.7235.2468, www.knightsbridgegolfschool.com

LAMBETH PALACE GARDEN One of the oldest and largest private gardens in London, recommended for its “famous museum and beautiful manicured English gardens.” Located at the residence of the Archbishop of Canterbury, on the south bank of the River Thames. (CS) www.archbishopofcanterbury.org/942

PATRICK RENOUF London expert Renouf—who ferries clients around town in his Bentley—creates “exceptional” tailor-made trips for London visitors. “It would be unfair to call him a tour guide, as he’s more of a companion.” Excursions can include everything from “fly-fishing in Cumbria” to “a jet boat up the Thames.” “He has so much knowledge to give. He loves to create unusual experiences.” (BM) +44.77.8525.4047, www.patrickrenouf.com

SIR JOHN SOANE’S MUSEUM The 18th- and 19th-century Neo-Classical architect and designer Sir John Soane was “one of the great collectors.” His home “was so cluttered with artwork” picked up during his travels that “his fed-up wife made him buy the house next door” to store his burgeoning collection. When Soanes died in 1837, both homes became a museum of antiquities, furniture, architectural drawings, and paintings, all preserved in the same state in which they were left at the time of his death. “There is so much crammed in this house, you have to turn sideways to get through.” “Don’t miss the sarcophagus down in the basement.” (MB, BM, CS, ST) +44.20.7405.2107, www.soane.org

SMALLCAR BIGCITY Seeing the city “in authentic 1960s Mini Coopers”—with a chauffeur dressed in period-appropriate attire—“is great fun because the tour harks back to the vibrant times of sixties London.” Book half-hour to multiple-day itineraries (one tour even includes a daytrip to Paris). Bespoke trips and car-for-hire services also available. (ST) +44.20.7585.0399, www.smallcarbigcity.com

SOMERSET HOUSE This Neo-Classical building between the Strand and the River Thames is a lively venue for “open-air concerts and films in the summer or ice skating in the winter.” Fashion, art, and cultural exhibitions are also on offer. Ask your concierge about guided tours of the spaces usually hidden to visitors. (BM) +44.20.7836.7613, www.somersethouse.org.uk

SPENCER HOUSE London’s only surviving 18th-century private palace is a short distance from St. James’s Palace, Buckingham Palace, and the Palace of Westminster. “Recently restored by Lord Rothschild,” the “historic” site is open Sundays only for one-hour tours, but check with your concierge if a private tour is desired. Also highly recommended for its “bespoke private-event services.” (MDC, CS) +44.20.7499.8620, www.spencerhouse.co.uk

URBAN GOLF Sports-bars-cum-golf-facilities that offer state-of-the-art golf simulators, club fittings, and instruction. “Play all the top courses in a clubby atmosphere without getting wet or leaving London.” Locations in Soho, Kensington, and Smithfield. (GM) +44.20.7248.8600, www.urbangolf.co.uk