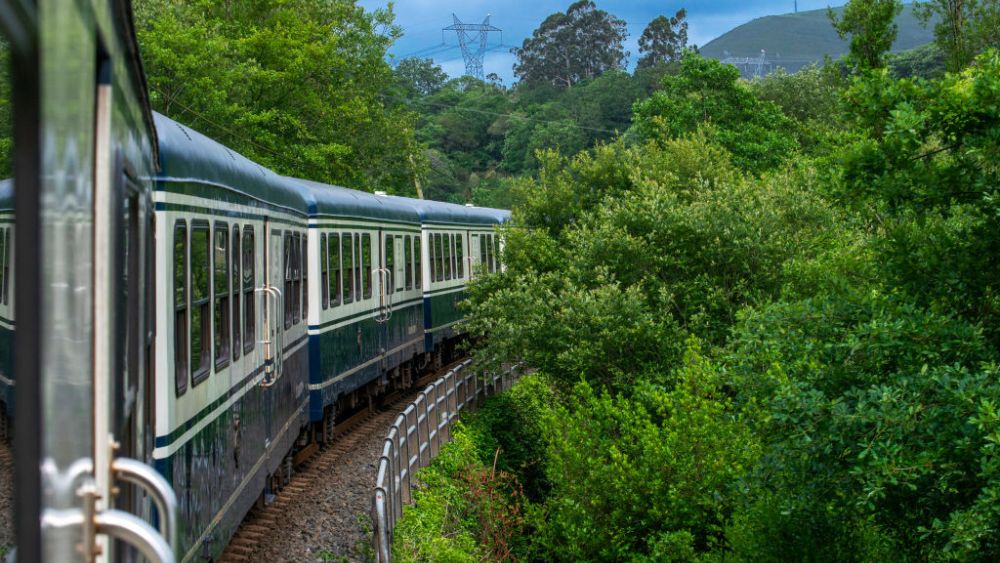 Europe may be known for its speedy and efficient railways, but a new train tour through Northern Spain is here to give riders a decidedly slower and more luxurious experience.

Costa Verde Express, a self-proclaimed “heir” to the former El Transcantábrico, is now accepting 2023 bookings for two exciting routes through what’s known as Green Spain (h/t The Times). During each of the six-day expeditions, riders will get up close to Spain’s diverse landscapes, including the mountains of Picos de Europa National Park and the rugged, untamed coastline. The train will be making stops in Galicia, Asturias, Cantabria and the Basque country.

One of four passenger cars  Getty

While the natural scenery is the star of the show, Costa Verde Express’s four elegant passenger cars don’t lack for grandeur. Each of the Pullman lounges is adorned with vintage design elements accompanied by rich furnishings and high-end finishes. This is where guests can enjoy breakfast, lunch, dinner or a late-night libation. The tour also offers an array of activities on board including live music performances.

This first-class experience continues with 23 Deluxe Gran Class suites—the train itself can carry up to 46 guests. The stately, wood-covered cabins are outfitted with a double-bed, hydro massage shower/steam sauna, and large windows for gazing out at the panoramic vistas and atmospheric lighting. Beyond the amenities, the tour promises an array of fine dining  both on board the train and at five-star restaurants during stopovers.