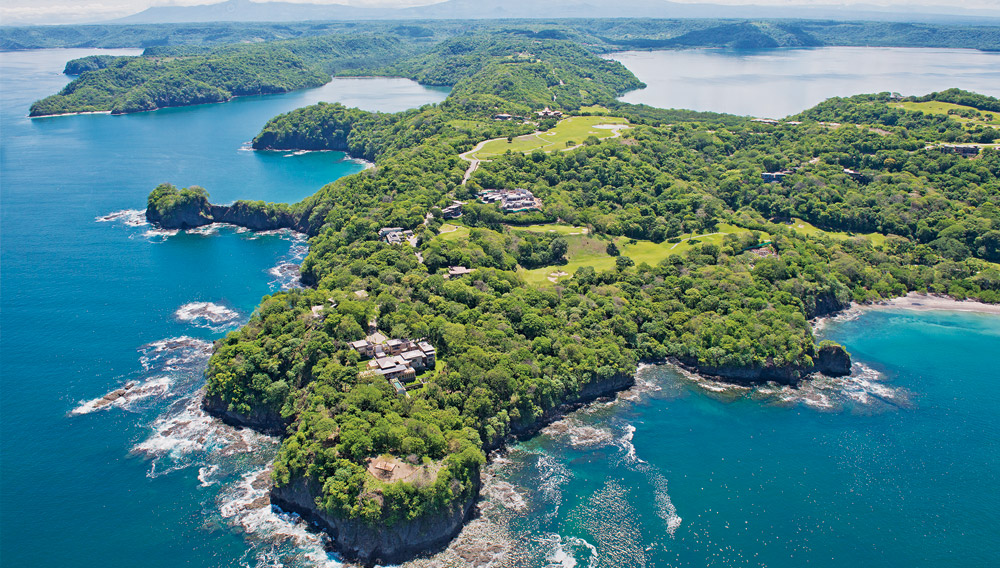 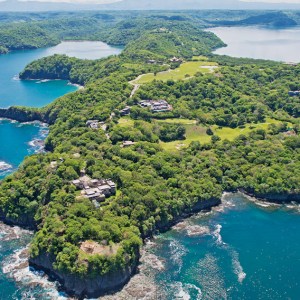 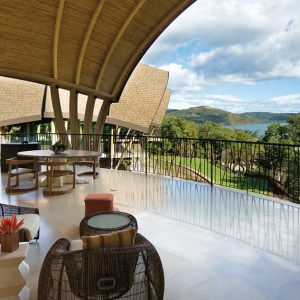 Luxury finds a foothold in the adventure-travel paradise of Costa Rica.

Moving my oar through the moonlit water, I glide over Costa Rica’s glasslike Papagayo Bay as the eerie bark of howler monkeys echoes from the forested shore. Dozens of tiny LEDs affixed to the bottom of my stand-up paddleboard form a luminescent pool beneath me, drawing a horde of curious visitors: Silky jellyfish swell and shrink in the bluish light, while hundreds of fluttering needlefish dart near the surface. A sudden wriggling around my ankles—needlefish jumping over my board—causes me to flinch, disrupting the quietude and, quite nearly, my balance.

Such encounters with nature are hardly uncommon in Costa Rica, where the adventure-travel experience has been fine-tuned to perfection over the past two decades. But the Central American country’s assortment of eco-lodges and surf retreats has largely fallen short in the realm of luxury. One exception is the Four Seasons Resort Costa Rica at Peninsula Papagayo, which opened in 2004 with 145 rooms and suites flanked by two sandy beaches in the country’s northwestern Guanacaste province. The resort’s debut at Peninsula Papagayo—a 2,300-acre private community that also includes an Arnold Palmer–designed golf course—seemed to mark the dawn of a new era for Costa Rica, but the economy soon stalled, and with it went many of the development’s plans.

A decade later, Peninsula Papagayo is delivering on its promise with a new generation of upscale retreats that remain true to Costa Rica’s pura vida (“pure life”) spirit. The Four Seasons—which will celebrate its 10th anniversary this year with a renovation—now shares its enviable environs with properties that include the new Andaz Peninsula Papagayo Resort.

The Andaz opened in December on 28 oceanfront acres just north of the Four Seasons. The two resorts, which share access to Peninsula Papagayo’s golf course and nearby marina, were designed by the Costa Rican architect Ronald Zürcher. Local volcanic rock and bamboo served as Zürcher’s primary construction materials at the Andaz, where woven textiles color 153 minimalist rooms and suites, and driftwood and rattan furnishings adorn three restaurants.

Following my paddle on the bay, I return to El Mangroove for a dinner of airy tempura fish tacos. Sated, I retire to my suite, my balance fully restored.