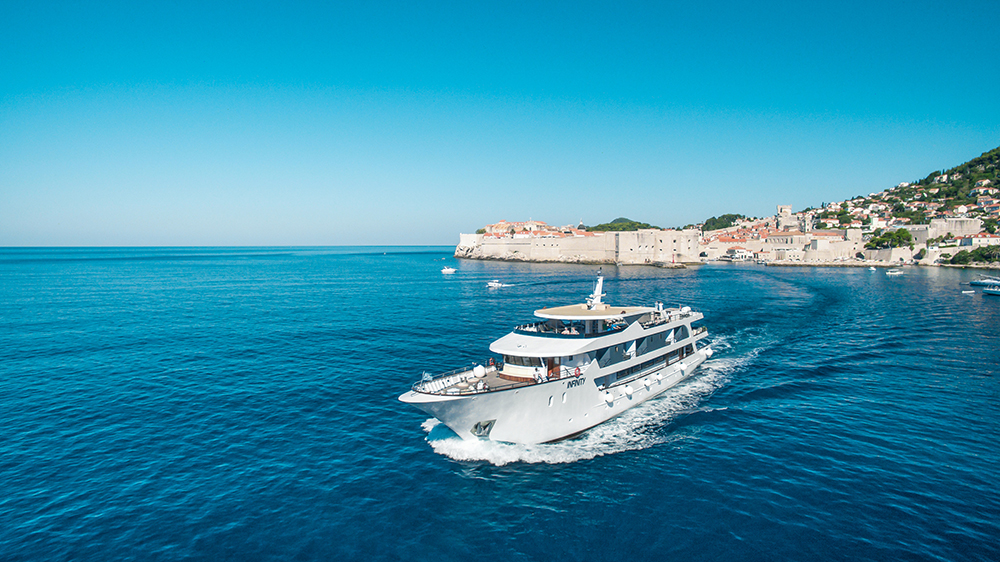 If you’re a food and wine connoisseur looking to expand your palette amid the stunning Adriatic coast of Croatia—who isn’t?—you’re in luck: Cruise Croatia is on the hunt for a true foodie to test its new seven-night gourmet cruise, and they’ll pay you five-hundred smackers for the pleasure.

The chosen “Taste Tester” will cruise from Split to Dubrovnik aboard a brand new 174-foot superyacht, dubbed MS Bellissima, which will be built in May 2020. The luxurious vessel features a jacuzzi, sundeck, pool and lower deck where guests can dive straight off the back of the ship and into the sea. The taste tester will be hosted in one of the upper-deck VIP cabins, of course.

The superyacht will stop at secluded Croatian hideaways along the way, and the taste tester will be treated to an array of local food and wine experiences, free of charge. They’ll partake in two winery tours—one at the famed Tomic winery in Hvar; the other at the family-run Lipanovic winery on the island of Vis—and attend a traditional Croatian village dinner party in Korcula. They’ll also harvest fresh oyster in Croatia’s premier oyster producing region Ston; test their skills at a farm-to-table cooking class in Dubrovnik; and enjoy a handful of city tours, including a private tour of the filming locations used in Game of Thrones.

Back on board, the lucky passenger will be asked to sample the ship’s haute cuisine and high-end tipples, including four-course lunches and daily breakfast buffets. (Yep, best pack pants with an elastic waist.)

The kicker? Cruise Croatia states the taste tester must provide feedback on all of the meals and experiences during the trip—but if you’re a bona fide foodie, that should come naturally enough.

The luxury trip is slated for October 10 to October 17, 2020, and entries for the contest close on September 4. To be considered, all you need to do is fill out a form on Cruise Croatia’s website and churn out 300 words on why you deserve the opportunity. Applicants are not required to have any prior experience, though the company suggests the taste tester should “know their Cabernet from their Chardonnay” and have a penchant for food, wine and travel. Where do we sign up?

Check out more pictures of the Croatian cruise below. (Note that as the MS Bellissima superyacht is still being built, this is another vessel from the Cruise Croatia’s fleet.)

The island of Vis  Getty

The old town of Rovinj  Getty