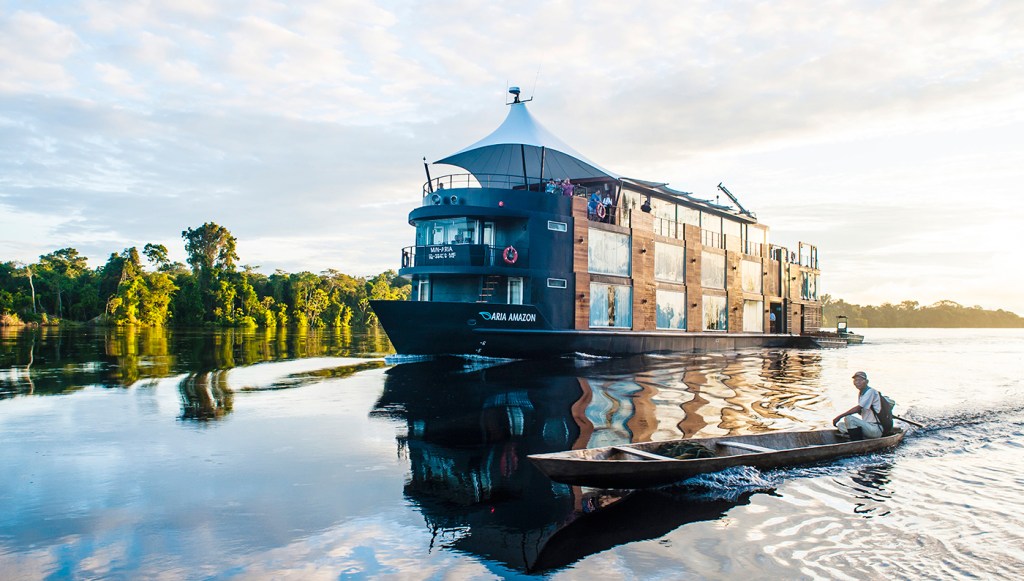 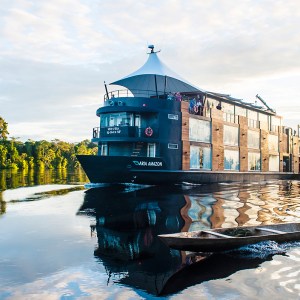 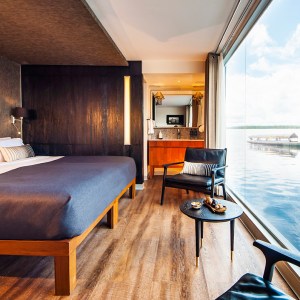 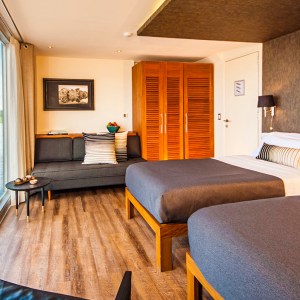 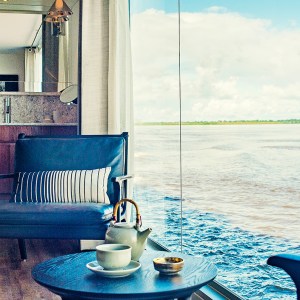 Known by many names (including Rio Amazonas, Río Marañón, and Rio Solimões), the Amazon River runs through nine South American countries (Brazil, Peru, Colombia, Venezuela, Ecuador, Bolivia, Guyana, Suriname, and French Guiana) and is the world’s largest drainage system. In fact, it is estimated that about one-fifth of all water that runs off the earth’s surface is carried by the Amazon. For this reason, French ocean environmentalist and film producer Jean-Michel Cousteau (son of the late world-renown ocean explorer Jacques Cousteau) has dedicated his life to understanding the Amazon River and its affects on our oceans. Scientists say the immense volume of fresh water dilutes the ocean’s saltiness for more than 100 miles from shore. And Cousteau summarizes, “Everything [in the Amazon River] goes into the ocean. It should be on the radar of any human being.”

For the last six years, one of the best ways to have the Amazon on your radar was aboard an intimate five-star river cruise with Aqua Expeditions. Now in a natural partnership with Cousteau and his non-profit organization the Ocean Futures Society, the two Amazon River experts are offering two once-in-a-lifetime trips. The seven-night cruises (February 9 to 16 and October 5 to 12, 2018) will take Cousteau, a team of naturalists, and a maximum of 32 guests through the Peruvian Amazon. “The advantage of Aqua’s small vessel is that I can have a personal connection with every passenger,” explains Cousteau. “And Aqua does everything they can to protect the environment.”

Departing from the port city of Iquitos—a jungle metropolis with a fascinating open-air market and the world’s largest city that cannot be reached by road—guests will cruise the main Amazon river (the mouth of which in the Atlantic Ocean is about 200 miles wide, discharging four times the amount of water as the Congo) before cruising through the river’s two largest tributaries—Ucayali and Marañon—as well as the waterfall at the junction between the two.

Cousteau will be interacting with everyone both informally and through scheduled videos and Q&A sessions throughout the voyage, explaining the Amazon’s delicate ecosystems, the current problems they face, and the numerous cultures and traditions that surround the river. While onboard, guests will have the opportunity to spot the Amazon’s famous pink dolphins and to explore a black water stream surrounded by a dense gallery forest in the Pacaya Samiria National Reserve, which is home to parrots, macaws, and several types of monkeys including the fluffy monk sakis, the black with white-faced capuchins, and the nimbble squirrel monkeys. Other highlights include village visits, rowing in traditional dugout canoes, and swimming in Lake Clavero. In an effort to further immerse guests into the Amazonian culture, the onboard restaurant serves an unforgettable selection of local fruit, fish, and spices. “How can you protect what you don’t understand,” asks Cousteau. “The Amazon is a critical part of the planet, and we need to do everything we can to protect it [and] its people.”

Aqua Expeditions also expanded into Indochina in fall of 2014. Those interested in Southeast Asia can also spend seven nights with Cousteau on the Mekong River cruising through Vietnam and Cambodia. Three trips will take place September 15 to 22, 2017; February 23 to March 2, 2018; and September 14 to 21, 2018. Rates for both the Amazon and Mekong River voyages with Cousteau start at $11,150 based on double occupancy, although individual spots and full buyout charters are available. (aquaexpeditions.com)