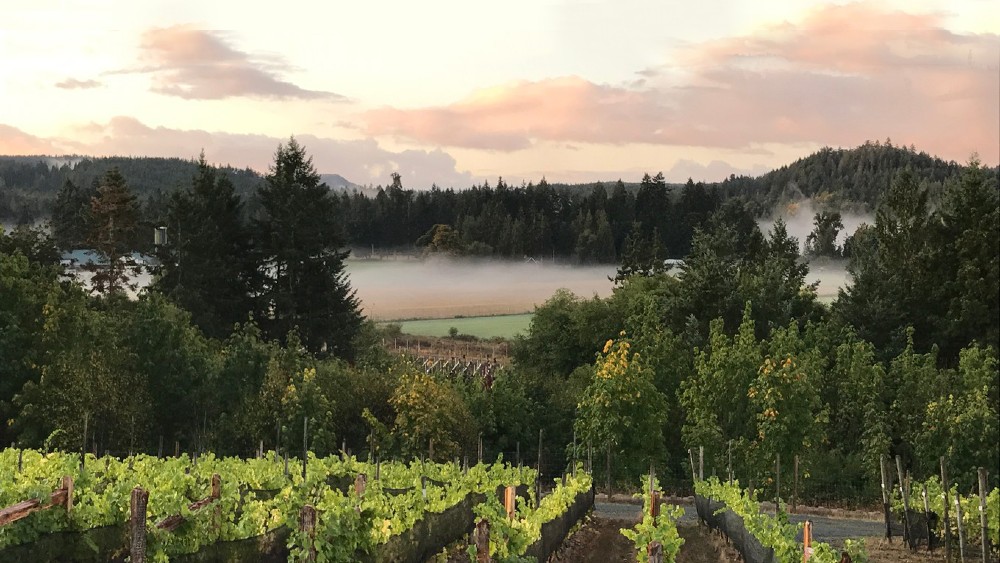 Just as you wouldn’t expect to see glaciers and whales while tasting your way through wineries, you also might not anticipate afternoons strolling through vineyards of Pinot Noir while cruising around the rugged, remote islands of British Columbia. But the new “Wines and Islands” trip from the boutique cruise outfitter Maple Leaf Adventures brings these two disparate pleasures together.

Launching in time for the fall harvest, the five-day itinerary combines the pristine nature visitors expect of the Salish Sea (the network of straits and inlets off Canada’s southwest coast) with the Pacific Northwest’s best secret treasure: Canada’s most remote, and noteworthy, wine regions, Vancouver Island and the Gulf Islands. Set aboard Maple Leaf Adventures’ new Cascadia, a 12-cabin luxury expedition catamaran that launched in the spring, the tour hops between the two regions’ island wineries, inaccessible even to most cruise ships.

Shielded from Pacific storms, with surprisingly-long long growing seasons and more hours of sun per day than places like California and the Mediterranean thanks to their northern latitude, these unexpected winemaking destinations are turning out stunning Pinot Noirs, Pinot Gris and Ortegas. But with just a fraction of the wineries of B.C.’s better-known Okanagan Valley (often called the “Napa of the North”), and mostly small-lot production, the islands still command relatively few spots on the wine lists at Vancouver hot spots—though you can find award-winners from Pender Island’s Sea Star and Blue Grouse in the Cowichan Valley at lauded eateries like Nightingale and Botanist. Even for locals, it can be a challenge to taste them for yourself: Sea Star’s beloved Blanc de Noir rosé sells out in a snap season after season, and a proper wine crawl of the various operations, dotted across numerous islands, would involve ferries, float planes or both.

Mealtime on the “Wines and Islands” cruise  Photo: Courtesy of Maple Leaf Adventures

Starting from $3,890 CAD per person, the “Wines and Islands” tour allows you to skip the logistics and hit up some of the islands’ best boutique operations, followed by wine pairing dinners and on-board tastings that also showcase inland regions such as the neighboring Similkameen Valley. There’s natural beauty in abundance as well, from frolicking dolphins and orcas to untouched inlets and snow-capped peaks – making for a perfect Pacific Northwest pairing.