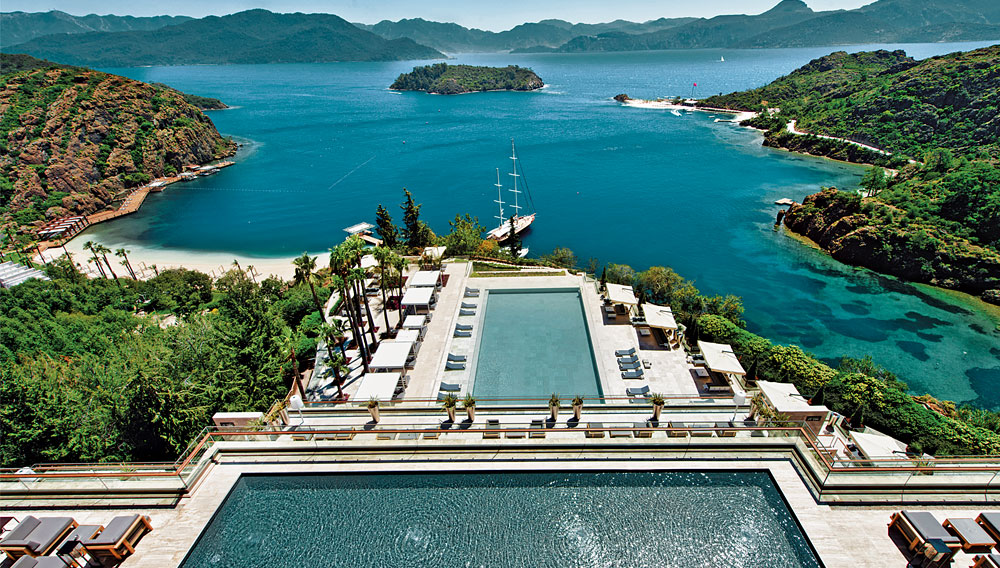 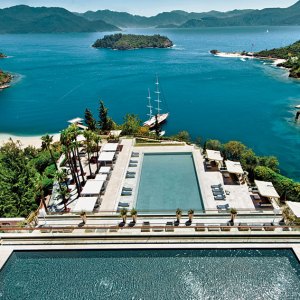 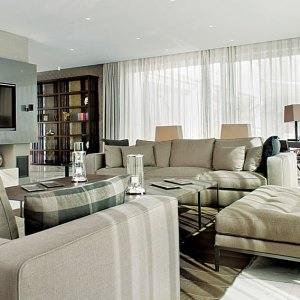 From its setting atop a remote hill on the Datça Peninsula, D-Hotel Maris reigns over an undulating landscape at the meeting of the Aegean and Mediterranean Seas, one headland south of Bodrum on Tur­key’s sparkling Turquoise Coast. The Turkish conglomerate Dogus Holding acquired the resort in 2010 and embarked on a nearly two-year, no-expense-spared redesign of the property, which reopened in April awash in wood, marble, and travertine.

A new eight-seat seaplane shuttles guests directly to D-Hotel from Istanbul in two hours. (The hotel’s helicopter makes 25-minute flights from Bodrum or Dalaman.) Among the 200 rooms is a top-floor Presidential Duplex with views of the Greek island Sími—which is easily reachable in D-Hotel’s Sunseeker Portofino 48 or Azi­mut 55 yachts. Club-level accommodations afford exclusive access to a private beach.

Accessible to all guests are the hotel’s four other beaches, swimming pools, tennis and sailing schools, seven-treatment-room Espa facility, and Ottoman and Aegean restaurants. The new king of Datça hill will close for the winter season before opening again in April.