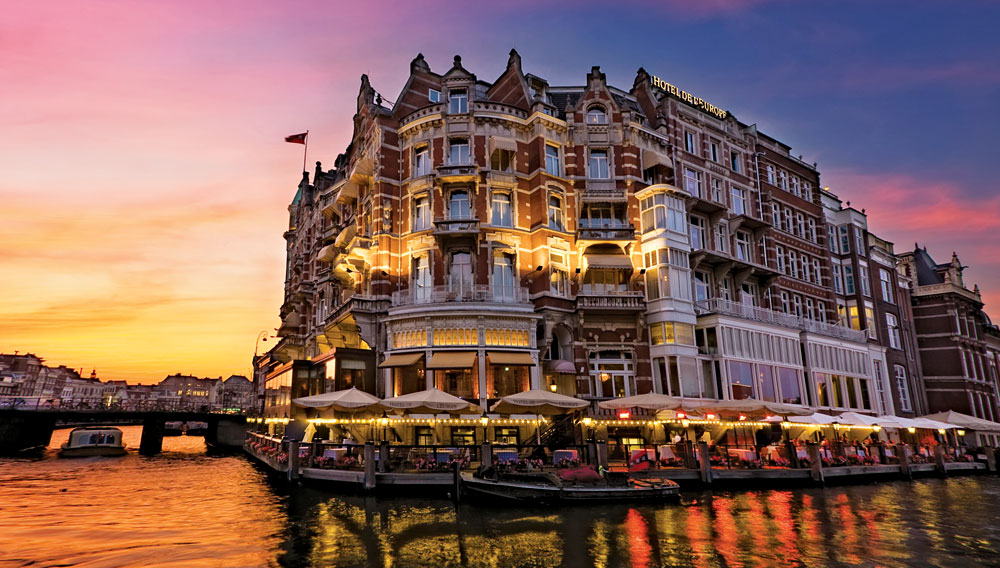 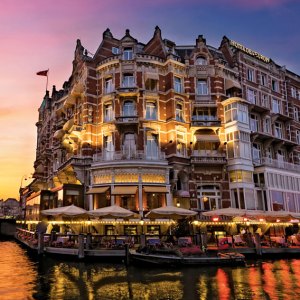 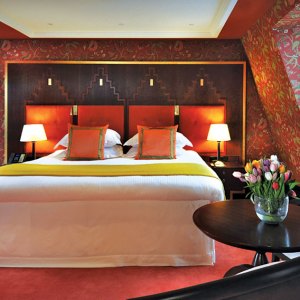 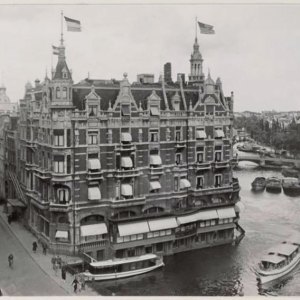 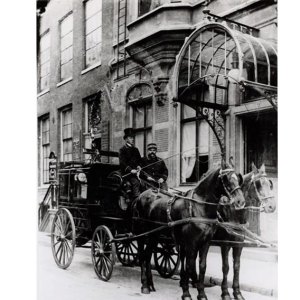 Owned by Heineken International, Amster­dam’s De L’Europe was the favorite hotel of the Dutch beer brewer’s engaging CEO Alfred “Freddy” Heineken. So when the company embarked on a down-to-the-studs remodel of the riverfront building, it included in the plans a tribute to its late leader.

The De L’Europe originally opened in 1895 as the Hotel de l’Europe, a modern retreat that wooed guests with such conveniences as an electric elevator and a bath and toilet on every floor. Completed in June, Heineken’s $83 million update to the hotel targets 21st-century Ameri­can travelers. Heated floors now warm marble bathrooms; bedside switches control all lighting; and an expanded collection of suite-level accommodations includes a six-bedroom penthouse.

The De L’Europe’s 111 guest rooms are distributed over both the historic building and a new wing that opened in 2010. The hotel lobby, with its Dutch Masters paintings and circular gold bar, connects to a brasserie that offers up-close Amstel River views and 24 grand cru wines by the glass. For fine dining, Bord’Eau serves a modern Dutch interpretation of French cuisine in a quiet salon just off the lively and welcoming Freddy’s Bar. De L’Europe, +31.20.531.17.77, www.leurope.nl