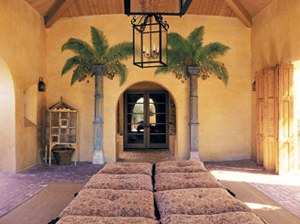 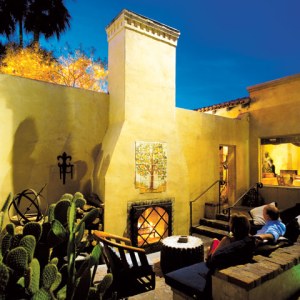 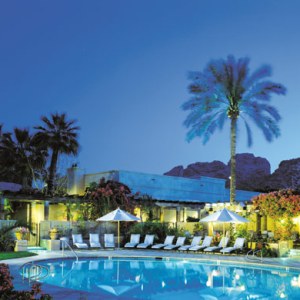 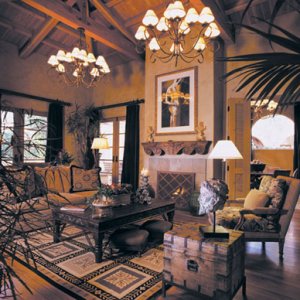 The jagged spine of Camelback Mountain rises high above the desert floor, an unfailing navigational guide through the tangled Phoenix freeway system. As I approach the rugged outcropping, crowded asphalt gives way to a stone-paved drive flanked by towering palms; the machine-made cacophony cedes to the songs of birds. Before me, a garden courtyard and grand hacienda beckon, welcoming the weary traveler to the historic Royal Palms Resort and Spa.

For many of us, a desert spa represents the ideal winter escape. It releases us from the rigors of modern life, revitalizing our bodies and minds with its serene setting, salubrious activities, and devoted service. The finer examples in the American Southwest—Miraval, Estrella, the Ritz-Carlton Lake Las Vegas—combine contemporary conveniences with the elegance and simplicity of times past. No Southwestern spa, however, blends the best of both eras as delightfully as Phoenix’s Royal Palms.

The Royal Palms story begins in 1928, when New York financier Delos Cooke and his wife, Florence, initiated construction of their dream winter retreat in the Arizona desert. The couple had traveled extensively throughout the Mediterranean, and they wanted an appropriate home for the art and furnishings they had purchased along the way. The resulting Spanish Colonial residence, which the Cookes commissioned to local architects, today remains one of the Southwest’s finest iterations of the architectural style.

In 1948, after several changes in ownership, the Royal Palms opened its massive mahogany doors to its first guests. Though it has since evolved into a 116-room, state-of-the-art spa, the resort has not lost its sense of intimacy. Stepping into the small lobby, once the guest room of the original residence, one feels as though he has arrived at the home of a close friend. On the path to the casitas, winding through bougainvillea-draped gardens (which include cactus plantings from the original owners), handmade fountains bubble discreetly while outdoor fireplaces provide warmth and a sultry light.

This sense of intimacy extends throughout the Royal Palms property. Although recently completed—and replete with every modern indulgence—the Alvadora Spa seems the product of an ancient Tuscan town. Handpainted murals depicting herbs and plants greet visitors to an open-air lounge, while individual villas with outdoor fireplaces and rainwater showers offer exquisitely private settings in which to enjoy a Citrus Grove facial or an Orange Blossom body buff. T. Cook’s, the resort’s award-winning Mediterranean restaurant, is widely considered the most romantic venue in Scottsdale (a status no doubt maintained thanks to the Royal Palms’ dedicated “director of romance”).

Since its doors first opened in the late ’40s, the Royal Palms has attracted a steady stream of prominent figures—many of whom hailed from nearby Hollywood. Groucho Marx, Buster Keaton, Lillian Gish, and Helena Rubenstein were once among the resort’s regulars. In the 1960s, Frank Sinatra Jr. and Tony Martin performed on several occasions in the dining room—a tradition that continues to this day. Billy Joel recently made an impromptu appearance in the T. Cook’s lounge, playing piano well into the evening.

Settling into the T. Cook’s cigar room, with its fireplace and red leather floor, I do not need to close my eyes to sense the history of the Royal Palms. Sipping my martini, I peruse the menu of vintage, preembargo Cuban cigars. (Would it be the 1958 Pinar or the 1960 Montecristo No. 2?) I can imagine music and conversations from the past, echoing through arched brick walkways and reverberating against stucco walls and Spanish-tile floors. I am absorbed in the elegance of the Royal Palms and, at least for a moment, free from the outside world.

Restaurant and Bar: T. Cook’s chef, Derek Morgan, hand-selects ingredients for his Mediterranean-influenced creations, which include savory seasonal dishes from Barcelona and Tuscany. The bar is located just off the courtyard and flanked by the sumptuous new cigar room, where patrons can find pre-Castro Cubans and other rare smokes.