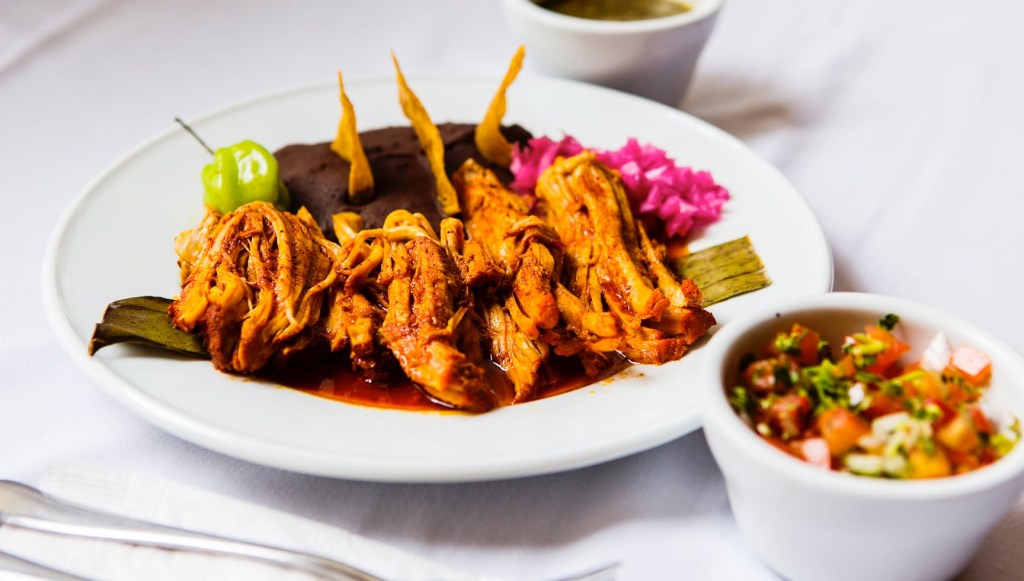 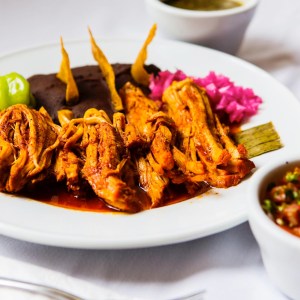 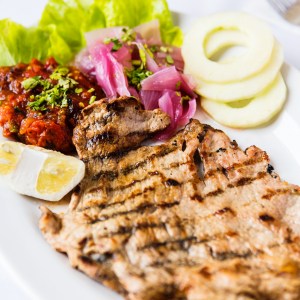 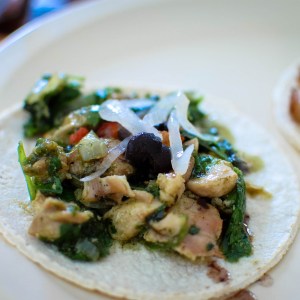 The culinary delights of Yucatecan food is its own unique style, distinct from traditional Mexican cuisine. The food, much like the locals, is influenced by the Mayan, Caribbean, Spanish, African, and Middle Eastern cultures, as well as from other parts of Mexico. Differentiating factors are key ingredients ranging from locally grown spices to vegetation such as pumpkin seed, oregano, red onion, sour orange, sweet chili, tomato, achiote, the xcatic chile, and habanero pepper.

For the hands-on traveler, a visit to Los Dos is a must as it is the first cooking school in Mexico devoted exclusively to the cuisine of Yucatán. Located in a colonial mansion in downtown Mérida, the restored building is the private home of Chef David Sterling, who manages the school, and partner Keith Heitke. Each class at Los Dos begins with coffee and pastries and ends with a fabulous meal that visitors and Chef Sterling prepare together. While preparing the meal, students receive background information on the importance of the Mayan people in the development of Mexican cuisine and culture. Most classes include a tour of the sprawling and colorful Mérida market and all classes feature the exotic ingredients that make Yucatecan cuisine so unique.

If vacations plans include dining out – with no manual labor involved – Mérida offers a variety of authentic restaurants featuring Yucatecan cuisine including Restaurante La Tradicion, La Chaya Maya, and Los Almendros. While dining, authentic orders will include one or more of the most popular dishes :

1. Sopa de Lima – Whole turkeys are simmered for hours to make a delicious broth. It is then seasoned with garlic, onion, tomatoes, dried oregano, and lots of lime juice. The result is a sour yet refreshing lime soup. It is usually topped with fried tortilla strips for a crunch.

3. Salbutes – Looks very similar to paunches, but in salbutes, the tortillas are made of a combination of corn and flour, and are fried until crispy. They are topped with shredded chicken, onions, tomatoes and avocados, and served as appetizers.

4. Longaniza Asada – A spicy, long, skinny sausage similar to the Spanish chorizo. In Yucatán, it has a darker color because of achiote and uses venison instead of pork. It is smoked on a charcoal grill and served with beans, tortillas, white cheese, and sour orange.

5. Cochinita Pibil – Shredded barbeque pork is one of the delicacies of the region and can be found at practically every restaurant. The pork loin is traditionally marinated in annatto paste and sour orange juice overnight before being wrapped in banana leaves and gently cooked over charcoal for hours. It is always served with refried black beans and pickled red onion relish.

6. Queso Relleno – Probably the most globally influenced dish in the Yucatán. A round block of Dutch Edam cheese is hollowed out and stuffed with ground pork cooked with onions, bell peppers, olives, raisins, capers, and almonds. Hardboiled eggs are added to the meat mixture before it makes its way into the cheese dome. The entire dish is wrapped with banana leaves, baked for 30 minutes, and served with tomato salsa and a cheese sauce.

7. Poc Chuc – Sounds like a pork chop, and is a grilled filet of pork loin. The meat is beaten until thin (Milanese-style) and marinated in sour orange, salt and pepper, then grilled over charcoal.

8. Dulce de Papaya Con Queso – An interesting dessert recipe that can take three days to prepare. A whole green papaya is candied by leaving it outside (only at night) soaking in lime water, then caramelized with sugar for few hours. The result is a sweet and gummy piece of fruit that is served with shredded Edam cheese.

9. Flan – A common dish found across Central and South America and at practically every meal in the Yucatán. Flan is made with condensed and evaporated milk, sugar, eggs, and vanilla. The caramel custard is delicious when light and creamy.

10. Xnipec – Roasted habanero peppers are used to make all kinds of sauces that can taste anywhere from mild to burn-the-tongue-hot! Xnipec is a fiery hot chunky salsa made with habanero chills and Seville orange juice, eaten in small quantities.