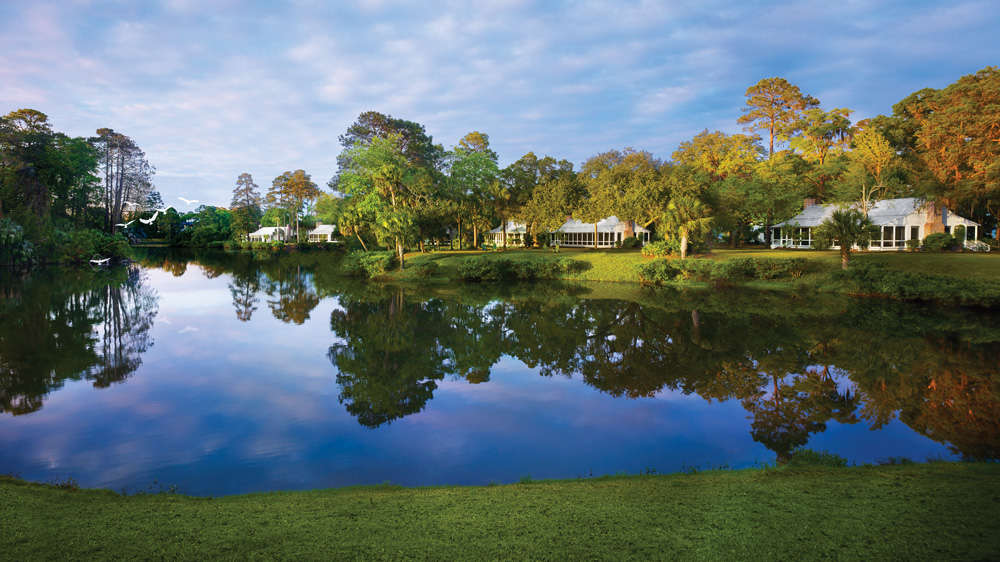 When Robb Report hosted nine top chefs—including Thomas Keller, Daniel Boulud, and Jérôme Bocuse—for its Culinary Masters event at South Carolina’s Montage Palmetto Bluff last September, their creations were the stars of the show. However, the resort’s elevated interpretations of traditional Southern fare seemed to impress the guest chefs at least as much as any of their own dishes. “I make a pretty good fried chicken at Blue Dragon,” said Ming Tsai, chef of the Boston restaurant. “But this was real fried chicken from the South. And those barbecued oysters and grits!”

Other favored local dishes included chicken-liver toast served from the Palmetto Bluff food truck and braised collard greens prepared during a barbecue. The chefs were equally impressed by the newly expanded Montage Palmetto Bluff itself. “It’s an amazing feel of the South,” said Dean Fearing of the Dallas restaurant Fearing’s. “It’s the moss on the trees; it’s the architecture of the buildings and houses; it’s the quaintness of the little neighborhoods. And everybody is so friendly. It is just a delight to be here.”

Activities at the event included a golf tournament and a six-course dinner hosted by the guest chefs. The event raised funds for Ment’or, a charitable foundation that provides educational opportunities, internships, and grants to aspiring young chefs in the United States. This year’s Culinary Masters will be held at Palmetto Bluff’s Southern California sibling, Montage Laguna Beach, from October 23 through 25.

Buffing Up the Bluff

At the end of last summer, Montage Hotels & Resorts unveiled its reinvention of the Inn at Palmetto Bluff in South Carolina. The former boutique retreat on the May River estuary has blossomed into the full-service Montage Palmetto Bluff resort, with a new hotel featuring 74 guest rooms and suites as well as 35 resort-managed residences that vary in size from two to five bedrooms.