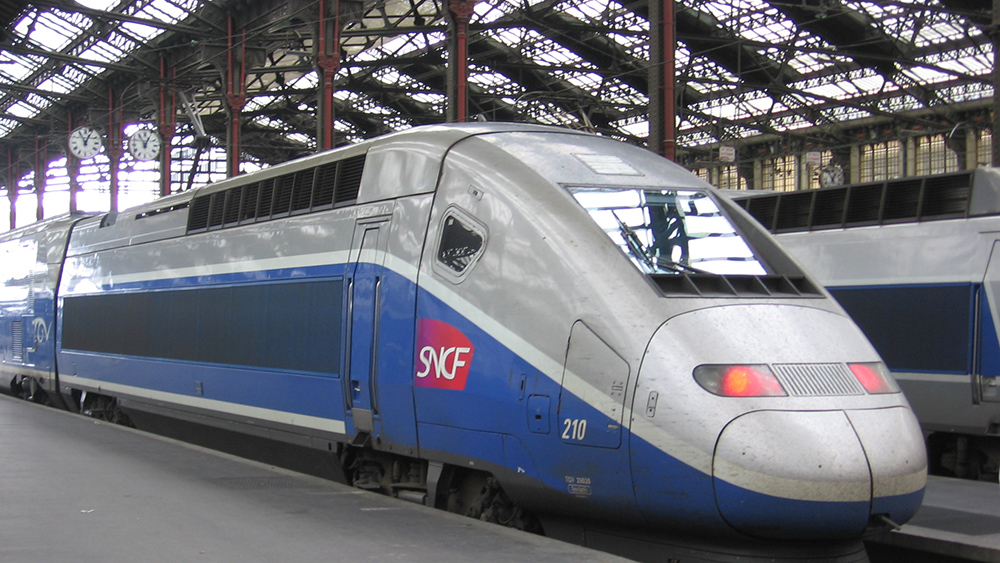 Traveling the 545 miles between Berlin and Paris will soon be even quicker and easier. A new high-speed train line directly connecting the two major cities is expected to roll out as soon as next year.

The new service is part of an agreement between Germany’s national railway company Deutsche Bahn and French rail operator SNCF. It will reportedly allow travelers to speed from one metropolis to the other in just seven hours, according to a joint statement shared last week. Up until now, the route between Berlin and Paris has included a transfer and has taken more than eight hours.

Initially, Germany’s Intercity Express (ICE) trains will carry out just one round-trip between the cities per day. There is scope to increase the service to two round-trips a day, though, by using France’s TGV trains (pictured above).

One of Germany’s ICE trains in Berlin.  Wikimedia Commons

SNCF and Deutsche Bahn have been running ultra-fast TGV and ICE trains between France and Germany since the opening of the first section of the Paris-Strasbourg high-speed line in 2007. In fact, the two rail giants currently offer 12 direct train connections per day between the countries and have transported some 25 million people to date. The fastest cross-country route, which runs from Stuttgart to Paris, takes roughly 3 hours and 10 minutes.

“Our two companies have been working together for 15 years in a unique partnership in which we combine our know-how to get the best out of German and French high-speed transport,” Jean-Pierre Farandou, the president of SNCF, said in the statement. “In view of the climate crisis, rail is the mode of transport par excellence and offers the best alternative for business and leisure travel between our two countries.”

It’s worthwhile noting that you won’t receive all the comforts of a luxury sleeper train, like, say the Orient Express. You will, however, have access to free WiFi, power sockets and a bistro or restaurant car. Opt for first class and you’ll get a little extra space and a waiter that will bring food and drinks directly to your seat. You will also gain access to the first-class lounges at the respective stations that offer complimentary refreshments.

The new direct train is expected to launch by the end of 2023.