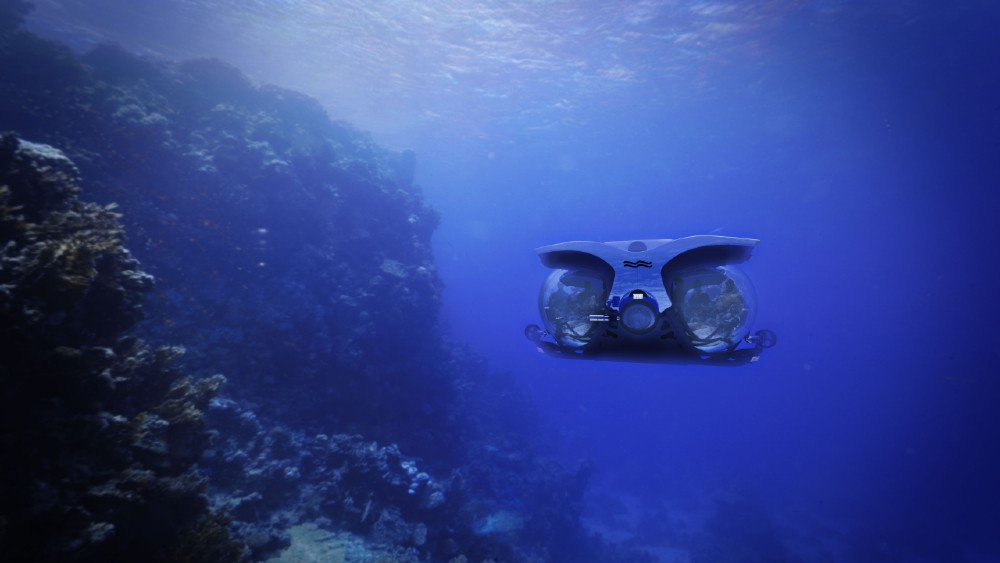 Prepare yourself for what lies beneath, because the first public seven-seater submersible-equipped expedition is about to set sail. Beginning in February, M/Y SuRi, one of the world’s foremost explorer superyachts, is joining forces with the operators of the new state-of-the-art U-Boat Worx Cruise Sub 7 submersible for a two-year around-the-world expedition that will start in Papua New Guinea, then head to Fiji and Tonga (June-July), French Polynesia (August-December), the Cocos Islands (January-July 2021) and beyond. Along the way, guests can charter the yacht for a week at a time—beginning at $350,000—via experiential travel experts Cookson Adventures, making for a once-in-a-lifetime opportunity to see some of the world’s most spectacular settings and most remote seabeds.

The six-figure price tag comes with lots of bells and whistles. Sleeping up to twelve in seven luxurious staterooms, the 207-foot SuRi is equipped with a Jacuzzi, gym, spa, helipad, and a glass-bottomed floor in the main saloon for incredible underwater views. It’s also a palatial floating toy hangar housing an A-Star AS350 Squirrel Helicopter, SeaRey Sea Plane, six onboard tenders and RIBs, and an arsenal of water toys—all of which guests can access to explore the sea and skies, joined by the expert expedition staff.

The true star of the show, though, is the U-Boat Worx Cruise Sub 7, or CS7. Featuring a luxurious interior equipped with air-conditioning and revolving leather seats, and an exterior of two large acrylic spheres, the sub can take six passengers (plus the pilot) to depths of around 984-feet below sea level. Joined by expert guides, including a marine biologist, guests will enjoy an unparalleled chance to view marine wildlife, never-before-seen reefs and historic wrecks underneath the Pacific Ocean.

In fact, submarine cruising is so rare in these regions that the expedition—and its guests—will be helping to make a major contribution to Seabed 2030, an international project (run by The Nippon Foundation and the General Bathymetric Chart of the Oceans) that aims to map the whole ocean floor using a multibeam echosounder by the year 2030. “With less than five percent of the oceans explored, this is an opportunity for guests to be part of a wide range of world-first discoveries,” says submersible pilot Ofer Ketter. “The SuRi and CS7 expedition really will be like no other.” Exact rates vary based on applications and bespoke requirements, but basic weekly charters start at $350,000.