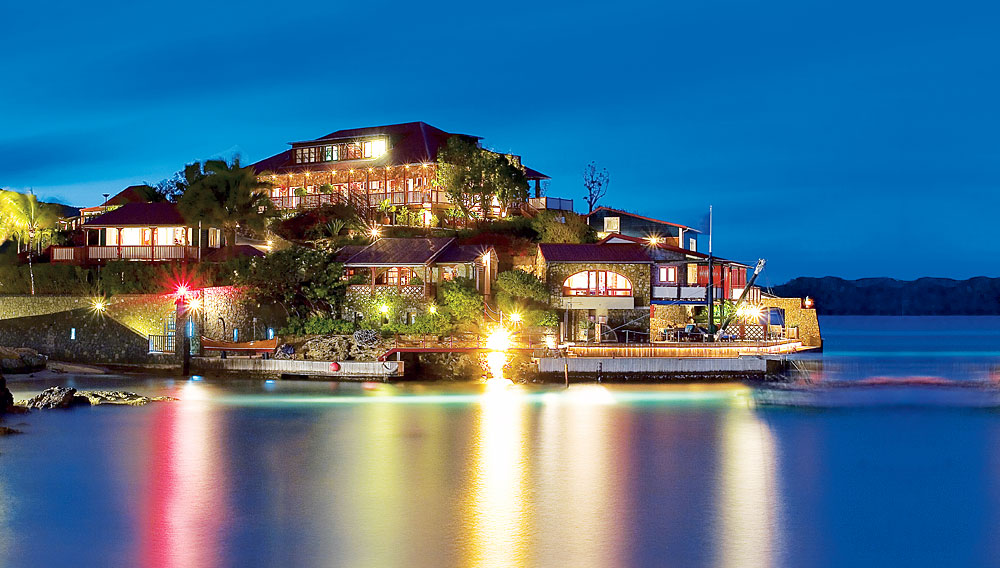 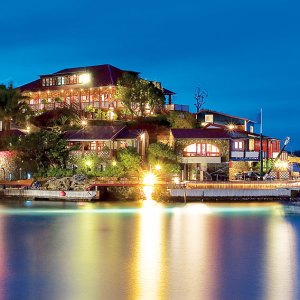 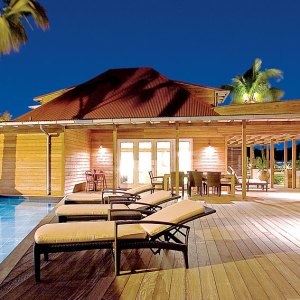 The Eden Rock, a fixture on St. Bart’s for nearly six decades, recently added a sleek new wing that more than doubled the number of guest rooms to 33. The pièce de résistance of the renovation is the 1,500-square-foot loft suite named for former guest Howard Hughes, where three terraces afford 360-degree views of St. Jean Bay. Chocolate tones in the walls, floors, and furnishings set off the blues in the sky and sea (visible through glass walls). Accommodations The 33 guest Accommodations include 20 rooms and suites on the rock, as well as eight suites and five houses on the adjoining beach. Recreation From Eden Rock beach you can snorkel, windsurf, kayak, and sail to nearby islands. Dining The Sand Bar serves casual fare steps from the beach. Worthy Diversion Learn to kite surf at the nearby Grand Cul de Sac cove, where strong, steady winds and shallow waters make for some of the world’s best conditions for the nascent sport. Rates From $625 to $3,975.