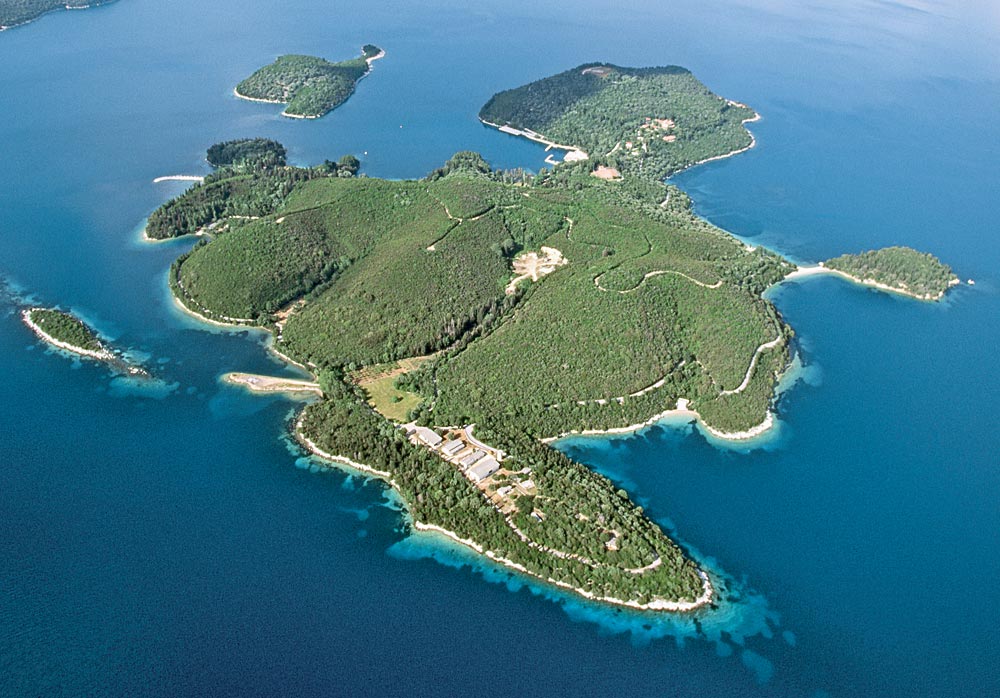 Tyrants and tycoons must also have their hideaways. Those who run the world, after all, must occasionally have their vacations from it. As this month’s cover story (“Ultimate Villa Vacations,” page 89) reminds us, a villa in the country furnishes the ideal means by which those in public life may live, if only briefly, within an agreeable cocoon of privacy. Still, not all masters of their own destiny have found this beatific state so easy to attain—however secluded their pleasure domes might at first have seemed.

The imperial misanthrope Tiberius, for instance, seeking refuge from the seat of empire, constructed an opulent series of twelve villas on the rather forlorn island of Capri. These dwellings boasted the complete array of amenities: vast halls brimming with plunder, complete recreational facilities (chief among them the torture chambers, which afforded the emperor ample opportunity to indulge his second-favorite pastime), and lush gardens (inhabited by youths outfitted as fauns and young girls in the garb of nymphs, which gave frequent occasion for what Suetonius claimed was the principal imperial pursuit). In AD 27, fearful of assassination, Tiberius installed himself permanently on the island; but the turmoil of Rome followed in the form of a treasonous plot hatched by the commander of the Praetorian Guard, Lucius Aelius Sejanus, and Tiberius took a respite from relaxation, ordering the execution of Sejanus and countless individuals unfortunate enough to be associated with him. And according to Tacitus, at least, the emperor’s worst fears caught up with him at Capri as well: The historian reports that Tiberius’ adopted grandson and successor, Caligula, had him smothered.

Emperor Hadrian met with no greater success in establishing his haven from Roman intrigue. Throughout his travels to the farthest reaches of the empire, he collected statuary and other works of art, while his architects made copious notes for the country villa he was constructing in the Sabine Hills. Hadrian’s project anticipated in many ways William Randolph Hearst’s, millennia later—for, like the American autocrat’s castle at San Simeon, Calif., it would develop into a sprawling complex of buildings, most of which were pastiches of various styles that drew scathing aesthetic criticism from cultivated observers. The villa reflected the Hearstian model, too, in that much of the known world—courtiers, statesmen, guards, and slaves by the hundreds—also eventually retreated there, forcing the beleaguered emperor to construct his own retreat within a retreat: The Maritime Theater was an enormous portico-covered pool, at the center of which stood an island with a small Roman villa of its own. Here, apparently, the emperor could escape the exigencies of his otherwise inescapable court.

One of the few truly successful Mediterranean hideaways, modern or ancient, is Skorpios, Aristotle Onassis’ beloved outcropping in the Ionian Sea. “After you get to a certain point, money not only ceases to be a problem, it ceases to be important,” reflected the Greek shipping magnate in the 1960s. “What matters is to be happy and content.” For him, the scorpion-shaped island embodied this felicitous pairing of sentiments, and upon purchasing the property, he set about transforming it into a private Eden, the population of which would expand and contract over the years as friends and mistresses were acquired or dismissed—and as his children met their particularly unhappy and discontented fates.

Although he frequently entertained large numbers of acquaintances on his yacht, Christina, Onassis reserved invitations to his Ionian oasis for family and the most intimate of intimates. Only once did a journalist manage to infiltrate its boundaries, disguised as a bouzouki-band member set to play at a party for Jacqueline Kennedy: Onassis confiscated the film from the unfortunate reporter’s camera, and later arranged for agents of Greece’s junta to rough him up.

Its scrupulous seclusion, according to friends, made Skorpios the one place where Onassis could be himself. It was the scene of sobering family sacraments—his prenuptial negotiations with Ted Kennedy on Jackie’s behalf; his wedding to the former first lady; the funeral of his son, Alexander, killed in a plane crash at the age of 25. Now in the possession of his granddaughter, Athina, the intensely private island remains Onassis’ ultimate place of rest—that otherworldly repose from which not even tycoons and tyrants can be disturbed.