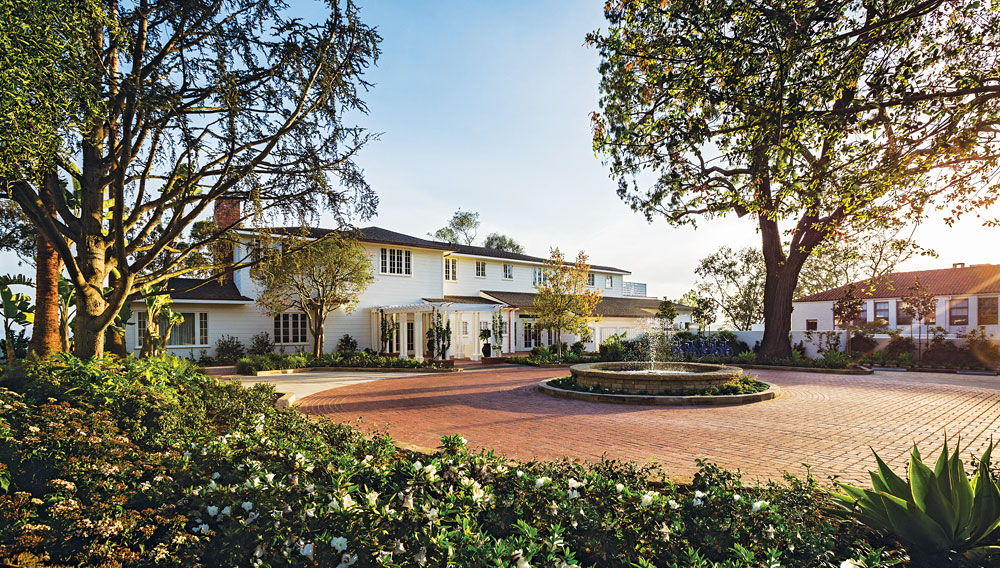 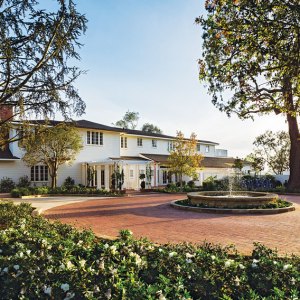 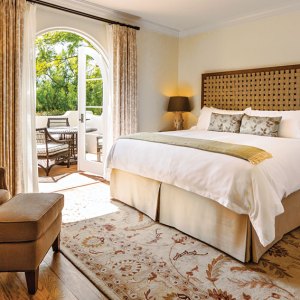 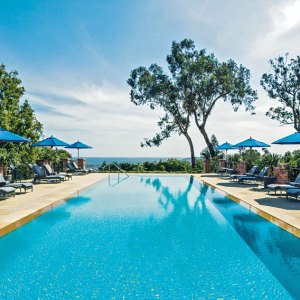 El Encanto opened in 1918 with a collection of Craftsman-style cottages set on a hilltop overlooking the city and coast of Santa Barbara, Calif. Soon fashionable with Hollywood stars and other Angelenos, the hotel expanded to an adjacent parcel the following year and added several new bungalows in the then-popular Spanish Colonial Revival style. The property’s latest reinvention—a seven-year, $134 million undertaking by Orient-Express Hotels—has preserved its distinct architectural elements while bringing new life to this quintessential California retreat.

The hotel is located above a Spanish Colonial original, the Santa Barbara Mission, in the city’s Riviera neighborhood, which guests can explore on complimentary electric bicycles equipped with picnic-toting baskets. The grounds themselves are also ripe for discovery, with brick paths meandering through gardens, past a lily pond, and out to the property’s new infinity-edge pool. In the Craftsman-style main building, which includes a spa with seven treatment rooms, guests and locals enjoy cuisine by the French chef Patrice Martineau accompanied by eucalyptus-top views to the city and sea below. El Encanto, 805.845.5800, www.orient-express.com