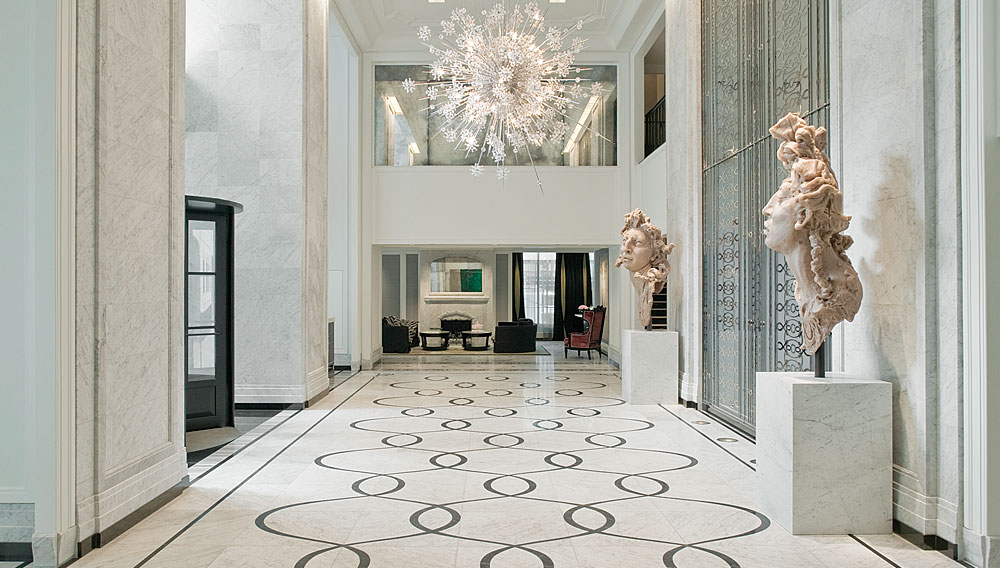 Chicago’s boutique-size Elysian (312.646.1300, www.elysianhotels.com) hotel and residential tower is named after the final resting place of the gods in Greek mythology—a lofty billing that just might be appropriate for this Windy City newcomer. The 188-room property—owned by three Chicago-area entrepreneurs, one of whom is a nephew of American culinary pioneer Alice Waters—was modeled after Italy’s opulent small hotels, but imbued with a modern, less formal ambience. Contemporary artworks, including two busts by Mexican artist Javier Marín, abound in the public spaces. Yet the Elysian, which opened in December, retains a residential feel, thanks to fireplaces and terraces in most of the suites and a property-wide no-tipping policy. (“[Tipping] is a decidedly unluxurious exercise for guests,” explains general manager Kevin Rob­inson.) Both of the hotel’s restaurants—the elegant Ria and the more casual Balsan—follow Waters’ Slow Food tradition of using high-quality ingredients from local suppliers. High-quality offerings can also be found in the Elysian’s 14,000-square-foot spa and health club, which evokes ancient Greece with its bathhouse-inspired pool area and 6-foot-tall mosaics of Greek statues. ($465–$6,000)