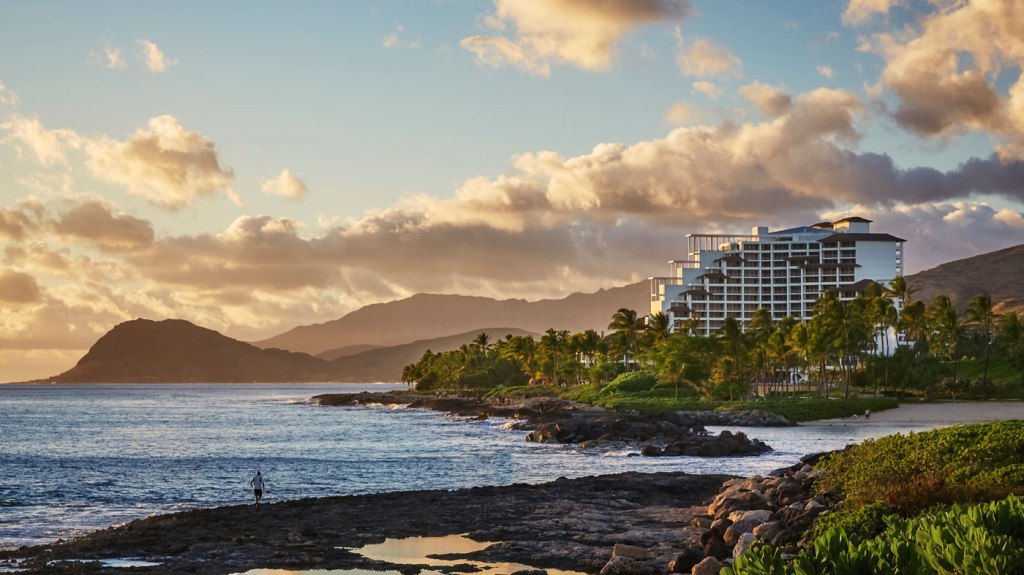 How many striped ties or bottles of cologne can one man own? This year, we’re skipping the same old uninspired Father’s Day gifts in favor of an epic adventure that Dad will never forget. From helicopter tours and Ferrari joy rides to tiger safaris and, yes, even an ultimate golf trip, these over-the-top experiences promise the thrills every superhero dad wants and deserves.

Pack your clubs for a 20-day extravaganza on the green with TCS World Travel’s Best of South America Golf Private-Jet Tour, developed in partnership with Kalos Golf. The all-inclusive, seven-country trip (from $94,000 per person, based on double occupancy) takes dads to 10 of the finest courses in the Americas, all via a custom-configured Boeing 757. Between hole-in-one opportunities in Barbados, Peru, Chile, Brazil, Argentina, and the Dominican Republic, golfers can tromp through rainforests, swim with exotic fish, and visit UNESCO World Heritage sites like Machu Picchu.

Race Through Italy in a Supercar

Known for Parma ham, Parmigiano-Reggiano cheese, and syrupy aged balsamic vinegar, Italy’s northern Emilia-Romagna region stands out as a gourmand’s bastion. But this birthplace of Enzo Ferrari a scenic 2-hour drive from Milan, is also hailed as Motor Valley. Home to Lamborghini, Ducati, Maserati, and Ferrari, it holds some of the world’s sexiest automobile brands. Test drive them all on Zicasso’s 10-day Prestige & Passion of Italy tour (from $4,129 per person), which celebrates 350 years of Italian racing tradition with visits to factories of the major marques, as well as cooking classes and food and wine tastings.

Search for Tigers in the Jungles of India

Take to the dusty roads of India’s Ranthambore National Park under the tutelage of Micato Safaris to search for one of the most elusive creatures on earth: the Royal Bengal tiger. Once the royal hunting ground for the Maharaja of Jaipur, this reserve in Rajasthan is home to some 50 free-roaming, protected tigers, as well as scores of leopards, sloths, monkeys, snakes, and birds. This rollicking adventure (from $13,000 per person) can be organized as a bespoke supplement to a business trip, or as part of an opulent multi-day tour of India at large.

Build an igloo—and sleep in it—among the otherworldly, ice-covered expanses of Eastern Greenland. Black Tomato’s 10-day Greenland Adventure brings intrepid dads to one of the world’s last desolate landscapes. Priced from $11,000 per person, the journey takes travelers by snowmobile, skis, and snowshoe across vast frozen frontiers to discover isolated Inuit villages and glistening fjords. Other brag-worthy activities include polar-bear tracking, dog-sledding, and picnicking on an iceberg.

Spy Gorillas in the Mist

Endangered and elusive, Africa’s mountain gorillas roam the misty, thick forests of central Africa in nomadic family groups. Commune with them and delve into the local culture with Ker & Downey’s Uganda Primate Safari Adventure. During the 15-day itinerary, dad will traverse all of Uganda’s spectacular national parks in search of primates and other wildlife by day, and stay in luxurious lodges, hotels, and tented camps by night. Along the way, he’ll spy hippos, birds, chimpanzees, and other species on this boat and jeep safari.

Show dad a new side of the spectacular Hawaiian Islands with a helicopter ride from Oahu to the Big Island. Offered by the Four Seasons Resort Oahu at Ko Olina, the high-flying experience (priced from $20,000) takes travelers in a Bell 407 over some of the Hawaiian Islands’ most arresting vistas—from active lava flows and waterfalls to black-sand and green-sand beaches—and touches down in hard-to-reach fishing, surfing and hiking sites. Back at the resort, stay in the $17,000-per-night penthouse on the 17th floor for more spectacular views of Oahu.

Take on the Tour de France

Trek Travel, the official tour operator for the Étape du Tour and Tour de France, provides cycling buffs the opportunity to ride some of the races’ most reputed routes during the pros’ days off. Pedal up Alpe d’Huez, Col de Vars, and Col du Télégraphe, among other scenic portions of the famed races, for a personal challenge dad will brag about for years. The 6-day Étape du Tour experience is priced from $4,699 per person and includes most meals and luxury accommodations.

Fathers with a penchant for the Old West can live out their cowboy fantasies with Austin Adventures’ stellar six-day Montana Vacation Package. Led by homegrown Montana guides and fourth-generation cowboys, the experience (priced from about $3,000 per person) takes travelers from Gallatin Canyon and the Spanish Peaks to the hills of Yellowstone and Paradise Valleys, for adventures in rafting, horseback riding, fishing, hiking, and biking. Spurs and chaps are optional.

Explore six of Africa’s premier wonders in style with andBeyond’s 19-day Africa and Beyond By Private Jet tour traveling to Kenya, Tanzania, Rwanda, Zimbabwe, Botswana, and South Africa. The action-packed itinerary (priced from $116,500 per person) includes the opportunity to float in a balloon over the Serengeti, marvel over the abundance of Victoria Falls, cage dive with sharks in South Africa, track endangered rhinos by helicopter in Botswana, and track gorillas in Rwanda. Each leg of the journey is reached by andBeyond’s custom-configured Embraer 145; nights are spent in such luxurious camps as Kenya’s Giraffe Manor and Tanzania’s andBeyond Ngorongoro Crater Lodge.

One of the world’s most exotic destinations, untrammeled Papua New Guinea lies just 100 miles north of Australia. The world’s second-largest island, it boasts a colorful tribal culture, unchanged for centuries. Join Abercrombie & Kent’s 14-day Papua New Guinea and Mount Hagen tour (priced from $11,995 per person) for a total immersion with such highlights as hiking through pristine jungles, cruising the Sepik River past ancient villages, and attending the Mount Hagen Sing Sing Festival, a dazzling show of tribal song and dance.