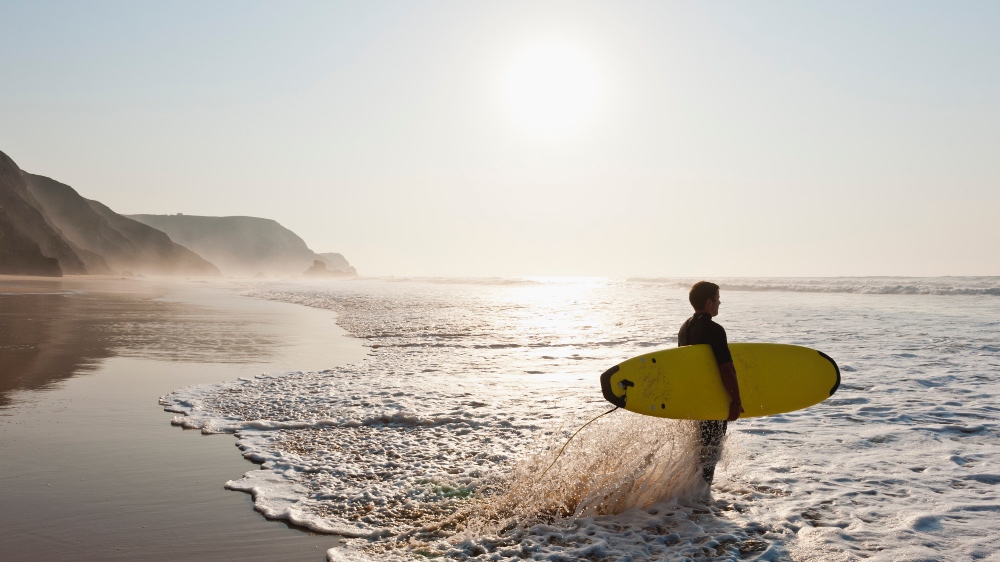 An unassuming seaside town in Portugal is in the midst of a major glow-up, and a new wave of deep-pocketed surfers could be why.

Located on the west coast of the country, Ericeira offers five miles of prime shoreline with outstanding beaches that have long attracted surfers. After it was named a World Surfing Reserve by Save the Waves in 2011, the fishing village slowly but surely grew more popular among travelers. New surf schools and yoga studios began popping up. Ericeira even started hosting surf competitions on the pro circuit. Now, luxury hotels want in.

With the influx of wealthy surfers, a number of high-end hotels have opened in Ericeira to capitalize on the extra coin. “Today, the people who surf are like me: They have families, they have jobs, and they have money to put into great surf vacations,” Gonçalo Menezes, creative art director at Lisbon-based Inspire Capital, told Bloomberg. The investment firm opened a luxury property in the town back in June.

The 37-key Immerso is another upscale escape where elite travelers can stay between hanging 10. Right next to Coxos Beach, the hotel is built into a slope of a valley and a stone’s throw from downtown Ericeira. Just three miles away, the newly opened Aethos Ericeira sits atop a limestone cliff overlooking Calada beach. The 50-room property offers 180-degree views of the ocean, a meditation deck for yogis, a hammam and a saltwater pool. To attract even more surfing enthusiasts, the hotel has recruited Portugal’s first big-wave female surfer Joana Andrade to teach lessons exclusively for guests.

There could even be economic incentives to head to Ericeira. In addition to Portugal’s investment migration program offerings, just unveiled a new remote worker visa that gives professionals with higher incomes the ability to stay long-term.

Sounds like a good spot for next year’s surfing trip.