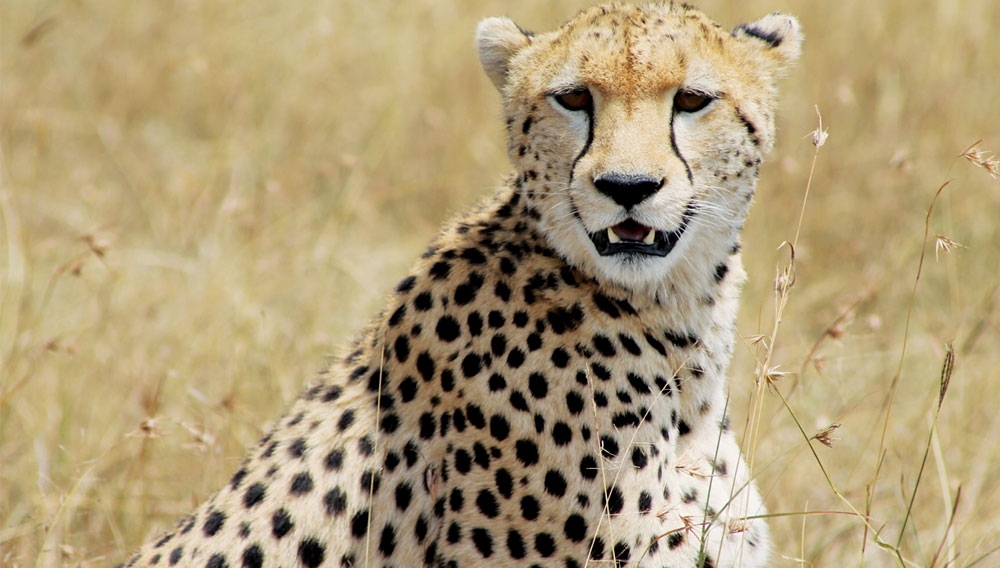 Most African safari lodges and outfitters are deeply involved with conservation and community programs, and they often incorporate volunteer opportunities or charitable donations into their guests’ journeys. This not only allows travelers to contribute to local efforts—everything from restoring wildlife habitats to building schools in remote villages—but also affords them inside access to extraordinary experiences. Following are some of our favorite causes.

Prized in Asia for its horn’s supposed medicinal properties, the rhinoceros has become the most endangered animal in Africa. The South African private game reserve Tswalu Kalahari Reserve, where black and white rhinos thrive, is active in the mammal’s conservation. Guests can contribute to the cause through a program in which they help combat poachers by tagging rhinos’ ears and installing microchips under their skin and on their horns. Participating guests stay at Tswalu’s Tarkuni villa, the lodge owners’ five-bedroom retreat. www.tswalu.com

Every day, as many as 100 African elephants are killed on the continent, either for their ivory or because of human conflict. The outfitter Ker & Downey supports the pachyderm’s plight with its Encounter the Elephants itinerary through Zambia and Botswana. The program’s participants come face-to-face with the magnificent beasts as they accompany research teams that dart and collar the animals. The GPS collars track elephants’ movement patterns and can prevent the animals from risking death by wandering into local farmlands. www.kerdowney.com

Africa’s lion populations have decreased from around 400,000 in the 1940s to about 20,000 today, and experts warn that the cats may be extinct in the wild within 20 years. Two projects working to combat human-lion conflicts—the chief cause of the decline—are National Geographic’s Big Cats Initiative and the Kenya-based Big Life Foundation. Guests of Ol Donyo Lodge, a Great Plains Conservation camp in southeast Kenya, can track the cats with the Big Life Foundation’s antipoaching team. Through the Big Cats Initiative, which was started by Great Plains co-owners Dereck and Beverly Joubert, guests can make contributions to support lion-conservation projects, education, economic-incentive efforts, and global public-awareness campaigns. www.greatplainsconservation.com

Loss of habitat, conflict with humans, and decreasing genetic variation remain the leading threats to the world’s fastest land animal. The Cheetah Conservation Fund in Namibia, which is home to Africa’s largest population of the cats, operates the three-bedroom Babson House, where guests can interact with orphaned cheetahs living at a sanctuary next door. Visitors can also accompany researchers as they track radio-collared cheetahs that have been rehabilitated and released. www.cheetah.org

For more than 25 years, AmericaShare—the nonprofit arm of the tour operator Micato Safaris—has supported children and adults affected by the HIV/AIDS epidemic in Kenya. The effort channels 100 percent of donations made by Micato guests, corporate partners, and other sources to its projects in the Mukuru slum of Nairobi, where AmericaShare sponsors children’s boarding-school fees through high school and sometimes college. Micato guests traveling through Nairobi can visit and lend a hand at Harambee Center, a Micato-built community center in the heart of Mukuru. www.americashare.org

Robb Report correspondent and luxury-travel expert Scott Goetz (www.fiercetraveler.com) has spent more than 500 nights in the bush since 2001, visiting nearly 170 lodges in 19 countries throughout Africa.