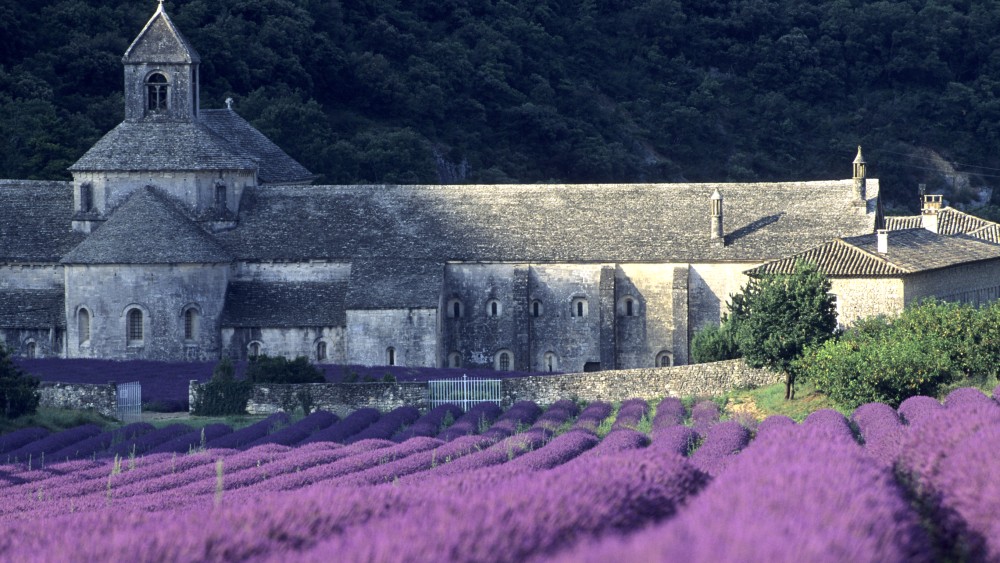 Iconic French moments are generally found in Paris, from visiting ornate national monuments and museums to stopping at romantic viewpoints and spotting Chanel-clad denizens having cafe au lait at Café de Flore. But new data from Google has revealed the country’s top five most-searched destinations, and the culture capital didn’t make the list. Instead, the results show interest in a diverse mix of places along the coastlines and the German border; it’s unsurprising that the South of France came in first, but towns that haven’t traditionally been tourism hotspots also appear to be on the rise.  Here, we take a look at the best of France’s top-searched destinations—and what to enjoy in each spot.

Known for its natural beauty and enduring glamour, the South of France continues to inspire wanderlust. The French Riviera coastline is dotted with some of the world’s most opulent grande dame hotels, Michelin-starred restaurants, and beaches that have attracted generations of affluent jetsetters. Further inland, there are sprawling vineyards, charming historic villages, and picturesque lavender fields that are equally popular to visit during the summer months.

Venture to Pampelonne Beach, just outside of Saint-Tropez, and book a cabana at the iconic Club 55, which is positioned alongside several other high-end beach clubs that opened over the summer, including Byblos Beach, La Reserve a la Plage, and La Serena. (La Guerite in Cannes is also a perfect place to spend a long summer day.) For those with a penchant for surfing, head to Biarritz and catch the waves at La Cote des Basques; if you’re interested in a cultural expedition, visit the Medieval village of Eze, Musée Picasso in Antibes, and Grasse, the capital of perfume. There are also, of course, many wineries around Provence, but the ones to prioritize are Chateau La Nerthe and Domaine du Pegau.

Positioned between Nice and Monaco, the elegant Four Seasons Grand Hotel du Cap-Ferrat is the crowning jewel of Cap-Ferrat, and home to the chic Club Dauphin, Michelin-starred restaurant, Le Cap, and luxurious rooms complete with Hermes amenities. In Antibes, Hotel du Cap Eden-Roc, an Oetker Collection hotel, lives up to its legendary status as the center of activity during the Cannes Film Festival. The cliffside pool is perhaps its most recognizable spot, with rings, swings and ropes leading into the Mediterranean; it’s a place that few choose to leave once they’ve checked in. Over in the medieval village of Eze, Chateau de la Chevre d’Or occupies a prime position some 1,400 feet above the Mediterranean, surrounded by panoramic views of the coast.

Although it is in the South of France, Nice separately makes the list as one of the most searched-for French destinations this year. The beachfront city is known for its palm-lined promenades, Belle Epoque architecture, and for having the best art museums along the Riviera. It also has a vibrant culinary scene that takes you from local street food to Michelin-starred fine dining.

Walk up La Colline du Château for panoramic views of the Mediterranean Sea and the city; explore Vieux Nice (the old town), and stroll along Promenade des Anglais. Art enthusiasts can’t miss the Chagall and Matisse collections, or the MAMAC (Museum of Modern and Contemporary Art). Try a pissaladiere (a baked tart) from the Cours Saleya market, a haven of local specialties. If you’re interested in a night at the theater, visit Opera de Nice, which has regular performances from the Nice Philharmonic Orchestra and the Ballet Nice Méditerranée.

Le Negresco has been considered the most luxurious hotel in Nice since it opened in 1912, with its pink dome becoming a signature part of the city’s skyline; these days, it’s also home to one of Nice’s best Michelin-starred restaurants, Le Chantecler. Another landmark, the five-star Hyatt Regency Nice Palais de la Méditerranée, sits in a prime location overlooking the sea; the interiors are modern, but the façade has been preserved since it first opened in the 1920’s, making the place a listed monument. At Boscolo Nice, An Autograph Collection, you could be forgiven for thinking you’ve entered a concept store like 10 Corso Como when walking into the lobby—it’s ultra-contemporary and has eccentric sculptures and art adorning the whitewashed space. Another highlight: the rooftop B Club, which features a pool and restaurant.

The colorful town of Colmar  Photo: Courtesy of Colmar Tourism

The Alsatian town of Colmar looks as though it’s from a fairytale, with candy-colored houses and quaint cobblestoned lanes that are rumored to have inspired the setting for “Beauty and the Beast.” The town’s rise to fame can be traced back to the 1990s, when the annual Christmas markets began—an event that now attract millions of tourists each year. There’s also the Unterlinden Museum, which has put Colmar on the map as a destination for art and architecture.

The charming village of Little Venice, the defining feature of Colmar, is best explored via boat on the peaceful canals or just by wandering around the quaint lanes. Not too far away is the Unterlinden Museum, which recently underwent an extensive renovation by Herzog & de Meuron; the museum houses famous works from Monet, Picasso, and Leger. (Next year, a new museum will be unveiled to house old manuscripts, books, and art from the Middle Ages.) The Christmas markets are perhaps the biggest attraction in Colmar, and will run from November 22nd until December 29th this year.

A cozy, luxurious retreat in the heart of the region’s wine route, Le Grand Chalet & Spa is a 20-minute drive from the historic town. There are only four suites available, each one appointed with fireplaces and plush furnishings; elsewhere, relax in the spa’s saunas and outdoor pools.  Located just across from the Unterlinden Museum, La Maison des Têtes is a stylish Relais & Chateaux-member hotel with a renowned Michelin-starred restaurant, Girardin, and 21 rooms the meld Alsatian charm with modern conveniences.

The town of Dinard in Brittany  Photo: Courtesy of Atout France

Brittany has long been a weekend escape for stylish Parisians—the town of Dinard is the equivalent of what the Hamptons is to New York.  The seaside region is low-key but high-end, and has an abundance of natural beauty, from the historic port city of Saint-Malo in the north to the Glenan archipelago of islands in the south. It’s also where Breton stripes, seaweed thalassotherapy treatments, and crepes originated—and were perfected.

The region is big on sailing, and the best way to explore the southern regions is by boat. Cruise around the scenic Golfe de Morbihan, Benodet, and Saint-Marine, sample the crepes in the historic town of Quimper, and explore the chic holiday town of Dinard. Brittany has more marked trails than any other area in France, so it’s an appealing destination for hikers and bikers, too.  The region also has 2,000 kilometers of coastline, so there is no shortage of beaches to enjoy—and wellness centers that incorporate seaweed from the mineral-rich waters

In an area full of high-end holiday homes, Hotel Barriere, Le Grand Hotel is Dinard’s most glamorous five-star pick, set in a 19th-century building above the yacht club marina. Enjoy time in the wellness center or golf course, or borrow one of the eBikes to peddle along the beach. Also in Dinard,  the former holiday home of an aristocratic French family was converted into the Castelbrac a chic  boutique hotel, with a private yacht that’s available for excursions, and fine dining restaurant, Pourquoi Pas, that showcases the local seafood beautifully.

Along the river in Strasbourg  Photo: Courtesy of Atout France

Formerly under German administration, Strasbourg is an ancient city that blends Latin, French, and German culture. It’s been home to the European Parliament since the 1940s, and has an incredible mix of historic architecture, a vibrant cultural scene, and the country’s second-largest student population.

Explore the Grand Ile, a UNESCO World Heritage Site, and the Gothic Cathedrale Notre-Dame, which has been a defining feature of the city since it was built in 1439.  There are plenty of impressive art galleries to check out, including the Musée de l’Œuvre Notre-Dame and Musée d’Art Moderne et Contemporarian, featuring works from Kandinsky, Picasso, Magritte, and Monet. Last year, TripAdvisor voted Au Crocodile restaurant (located right in the center, by the European Parliament) the best gastronomic restaurant in the world. And like Colmar, which is relatively close, Strasbourg has Christmas markets that lure in crowds during December.

An elegant 63-room hotel located right in the heart of Strasbourg, by the cathedral, Cour du Corbeau- M Gallery first opened in 1528, and while it has gone through various iterations as a hotel since then, the architectural heritage has been preserved—it’s just been updated with contemporary interiors and amenities. Positioned right on the River Ill, Regent Petites is a stylish hotel with a buzzy restaurant and bar, and interiors that also blend original architectural elements  with modern conveniences, many of the rooms have exposed timber beams or water-view balconies.