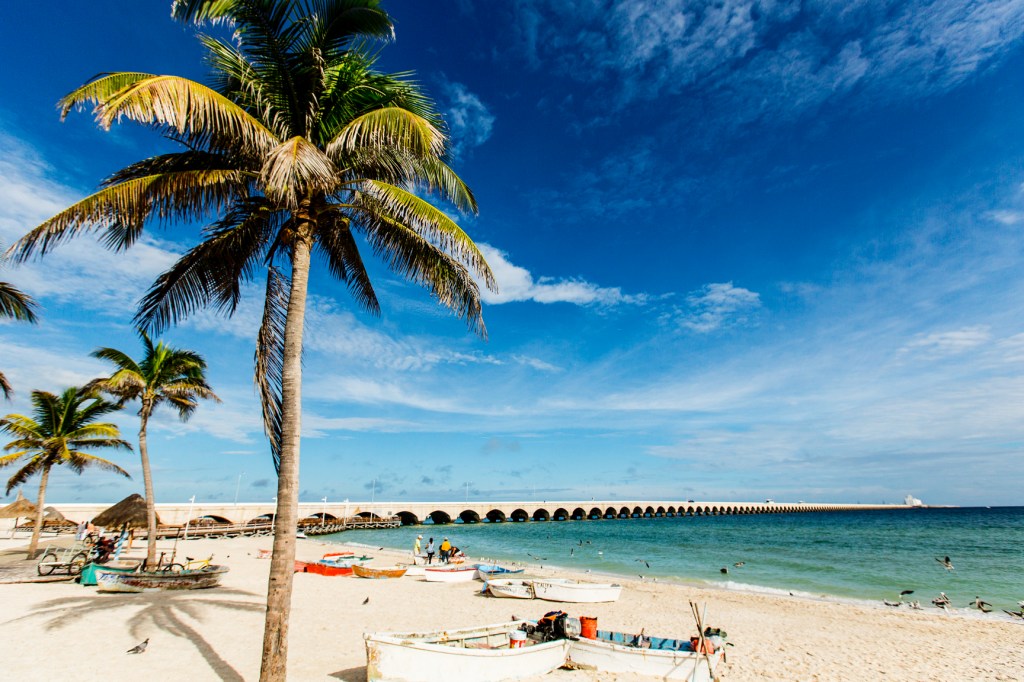 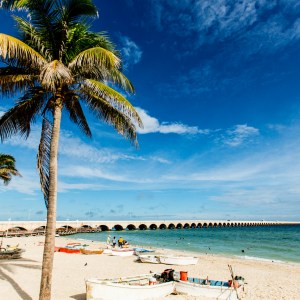 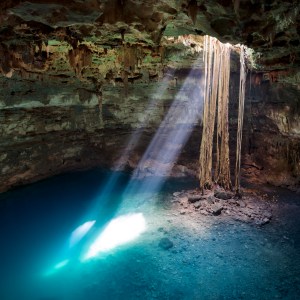 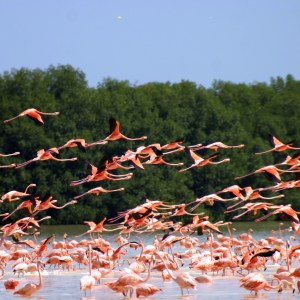 As the first frost approaches, now’s the time to escape the winter season with a trip to the state of Yucatán. Travelers can embark on a variety eco-adventures during their stay, whether swimming in underground cenotes, paddling the waterways of the state by kayak, or seeing flocks of colorful birds, the experiences are endless. Lonely Planet just sited the state’s capital, Mérida as one of the top ten cities in the world to visit in their “Best in Travel 2017” guide. This hidden destination is waiting to be explored.

For travelers seeking the true water culture experience, a bucket-list item is swimming in one of the region’s cenotes, an underground freshwater reservoir. Xlacah, a popular cenote, located at the Mayan archeological site of Dzibilchaltún is just thirty minutes outside of Mérida. As travelers stroll around the archaeological site, they will be captivated by the natural beauty that surrounds this crystal clear body of water, filled with giant water lilies and fish. Other top cenotes include Dzitnup, X’kekén, Suytun, Oxman , and Zací which are located within the Valladolid area.

From being in the water to being on top of it, travelers looking to experience the water from a different angle can try kayaking along the coast of Yucatán in Celestún. Paddling the lagoons and mangroves, which are home to over 300 species of birds and fish, visitors can get up-close and personal with these natural wonders which are only accessible by boat. While rowing around, be sure to keep an eye out for a flock of flamingos, the only existing American Flamingo colony in Mexico and consists of more than 30,000 birds. This gives travelers the perfect opportunity to capture a remarkable photograph. The ideal time to observe these pink giants are between December and April. Kayaking is offered throughout the state in La Ría Progreso, Chuburna, Dzilam de Bravo, San Felipe, and Río Lagartos.

If it’s a heart-racing adventure that one pursues, plan the ultimate visit to the archaeological site of Ek Balam where travelers can ride a bike to the beautiful open cenote X’Canche, rappel down the walls, swing on a rope or zip line over the clear blue water below. To keep the adrenaline flowing, a visit to the caves scattered throughout Yucatán is another must-do. At sites such as X’kekén, visitors can explore the depths of caves and underwater corridors, some with unique Mayan carvings.

After adventuring through Yucatán, travelers looking to relax and unwind are encouraged to make a visit to Progreso, a beach town just thirty minutes north of Mérida. Sun seekers can spend the day laying out on the expansive beach watching the bright emerald waves crashing right before their eyes. Be sure to walk the boardwalk, and dine at one of the many restaurants serving traditional cuisine such as Cochinita Pibil and Salbutes.

The state of Yucatán is located in southeastern Mexico, along the Gulf of Mexico in the north section of the Yucatán Peninsula. The region boasts both a coastline of pristine beaches and interior sections rich with natural preserves. Yucatán is home to several designated UNESCO World Heritage sites including the well-preserved Mayan towns of Chichén Itzá and Uxmal, as well as two “Magical Towns“ – the former Spaniards regional capital of Valladolid and the colorful Colonial-era town of Izamal. The state’s capital, Mérida features a vibrant culinary scene, modern museums, and historical attractions, while its main port city of Progreso is a popular cruise ship destination famous for its pier that extends an impressive four miles into the Gulf of Mexico. Yucatán has become an increasingly popular tourism destination for its diverse attractions that include natural underwater swimming pools, world-famous archeological and historical locations, unique luxury hacienda accommodations, and diverse natural wildlife.