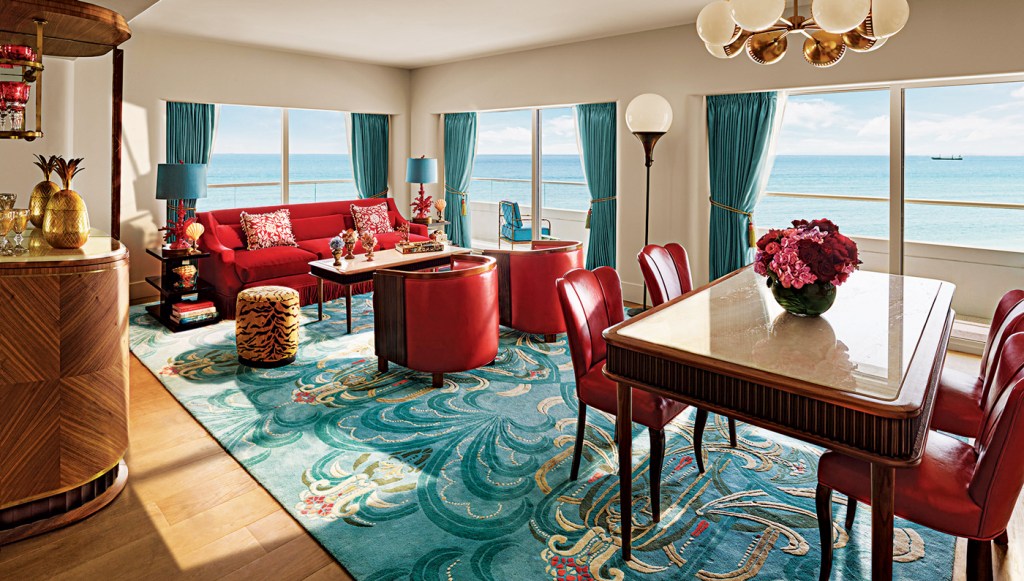 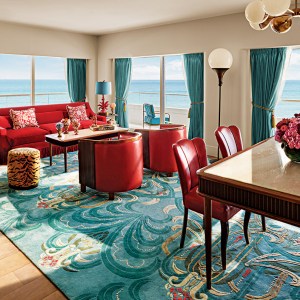 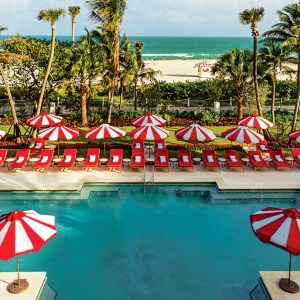 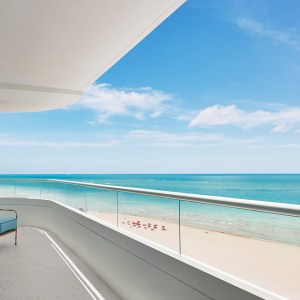 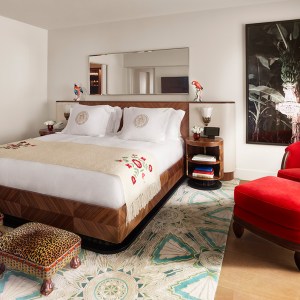 Giant gold columns and red-velvet sofas may not be everyone’s taste, but there is no denying that this South American import is a showstopper. Alan Faena, the Argentine developer behind Buenos Aires’s acclaimed Faena District, opened his black book wide for his latest project, enlisting an army of tastemakers—from chef Francis Mallmann to director Baz Luhrmann—to create a veritable wonderland in Miami Beach. The Faena is more than a hotel; it is the gem of Miami’s newest arts district, which, upon completion later this year, will transform a forgotten stretch of Collins Avenue into the city’s hottest neighborhood.