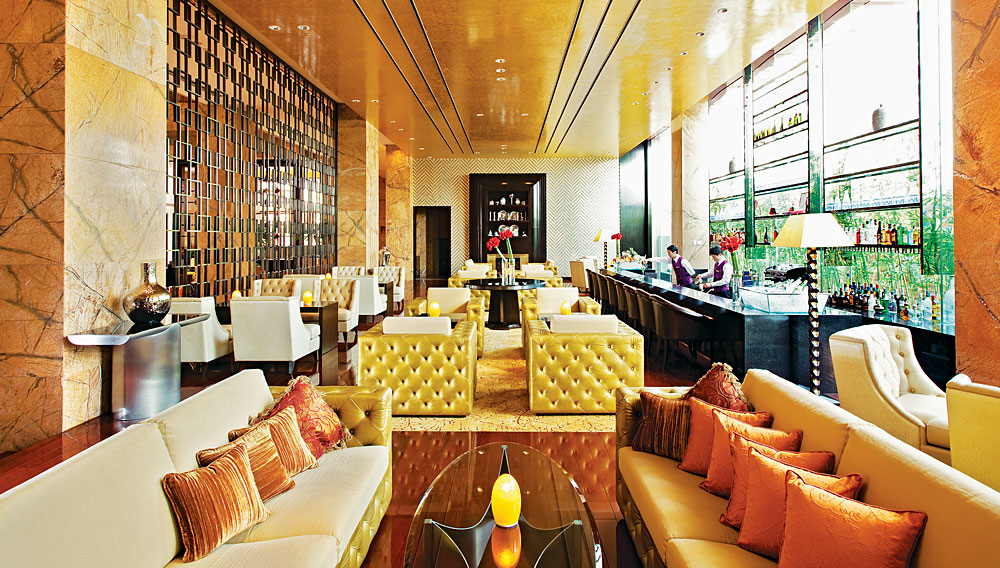 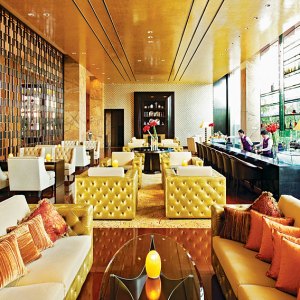 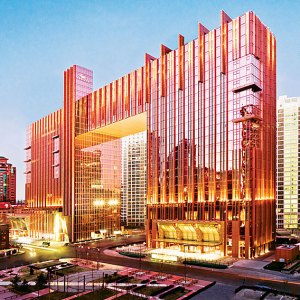 Japanese architect Paul Tange, son of architect Kenzo Tange, describes the shape of the Fairmont Beijing as “symbolizing a gateway to modern China.” The younger Tange’s portal to the present, however, draws from the past: The 25-story, rose-glass-clad hotel recalls ancient Chinese city gates—erected to keep out foreigners—and presents a stark contrast to the Beijing business district’s conventional towers.

Opened in December, the Fairmont houses 222 generously sized accommodations; all offer marble bathrooms, and some, namely the hotel’s Fairmont and Deluxe guest rooms, feature headboards inlaid with mother-of-pearl, which is thought to bring good fortune.

The establishment’s concierge team can book last-minute reservations at the city’s top restaurants, a couple of which are located inside the hotel. The Peking duck at the Fairmont’s Lunar 8 is crisped to perfection, while prime Western cuisine can be enjoyed in view of the open kitchen at the Cut steak house. Fairmont Beijing, +86.10.