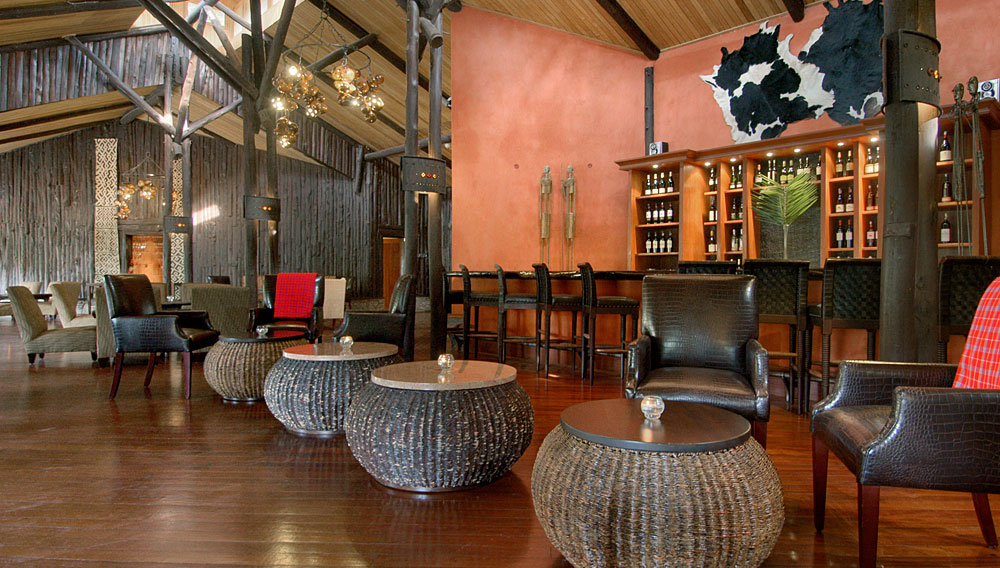 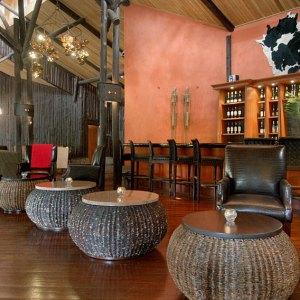 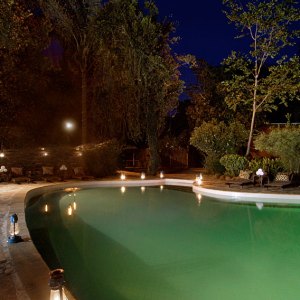 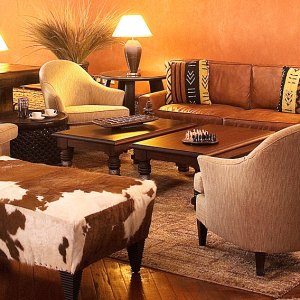 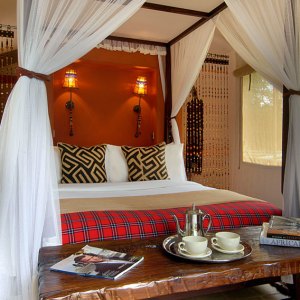 The Mara Safari Club, Kenya’s most famous retreat, is a haven of the mid-century jet set that was founded in 1959 by William Holden, one of Hollywood’s most charismatic figures. Regular guests at the Mount Kenya Safari Club included Catherine Deneuve, Prince Bernhard of the Netherlands, Bob Hope, and gunrunner Adnan Khashoggi. The property continues to maintain an animal orphanage that Holden founded, and it remains one of the country’s most appealing attractions. Rescued animals include colobus monkeys, a cheetah, a lynx, a tortoise, a mountain bongo, a waterbuck, and African wildcats, which are similar to long-haired domestic tabbies. Ten miles away is the Sweetwater game sanctuary, a 24,000-acre preserve thick with giraffes, eland, oryx, waterbuck, Grant’s gazelles, Thompson’s gazelles, elephants, silver-backed jackals, ostriches, and rhinos. Accommodations The property has 120 guest rooms and cottages, each with a sunken bath. Concierge Recommends Bring along your digital camera and go on a photo safari. Dining is both indoors and outdoors at the Fairmont Mara Safari Club in the center of camp. Rates Packages start at about $300 per night.